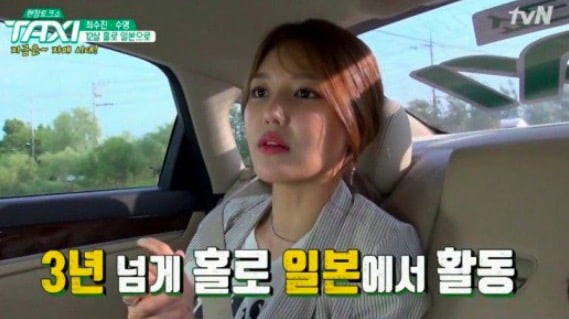 On the May 17 broadcast of tvN’s “Taxi,” Sooyoung recalled her time before Girls’ Generation, when she had debuted in Japan as part of the duo Route 0.

During the broadcast, she recalled that she was only 12 years old at the time. She said, “You might think of a little girl holding a teddy bear when you hear that, but I looked exactly the same then as I do now.”

She had debuted as part of an audition program, beating 15,892 other people to debut.

Sooyoung also talked about being misunderstood due to frequently flying back and forth from Korea and Japan. While she looked mature, she had to wear a special sticker as a minor flying alone. She said, “I think they noticed me because they thought it was strange that a tall, super thin girl was wearing mature clothes and also a ‘please assist this child’ sticker at the airport.”

Girls' Generation
Route-0
Sooyoung
Taxi
How does this article make you feel?