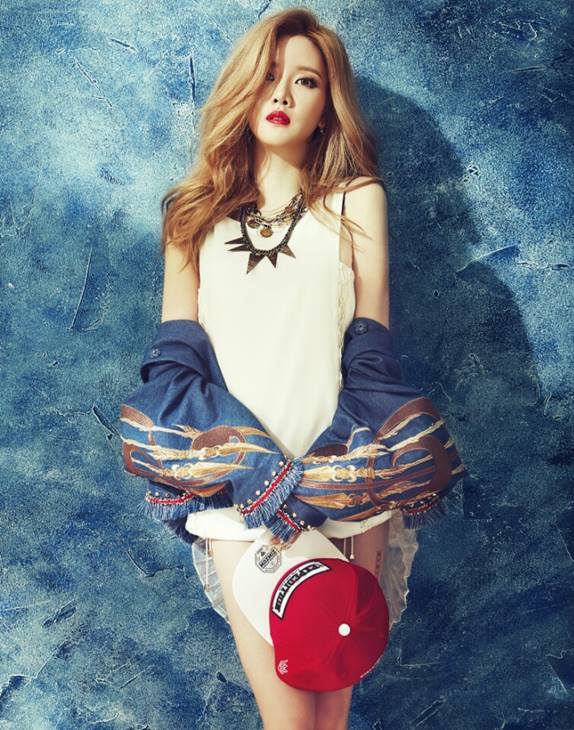 Bulldok’s Hyung Eun has been confirmed to be leaving the group following a recent controversy over her comments about BTS’s V.

Bulldok is a girl group formed under KCONIC Entertainment last year and made up of former “Produce 101” trainees. On May 17, during an Internet broadcast, Hyung Eun speculated that BTS’s V might have athlete’s foot. Many fans and netizens felt that her remarks, as well as her lack of honorifics, were disrespectful to an idol who was her senior in the industry. Hyung Eun posted an apology to her personal Instagram account, which she later turned private.

On May 18, KCONIC Entertainment released an official statement on Bulldok’s Instagram announcing that Hyung Eun had officially left the group a month before due to health problems rather than her recent controversy, for which they apologized.

“Due to health problems, she had already stopped promoting with Bulldok around the end of March,” they stated. “Her health did not impact her daily activities, but she could not dance without a long recovery period. Although we did not officially announce her leaving, we made the final decision on April 20. Our company was not aware of what Hyung Eun would be doing following her hiatus so this controversy arose as a result. Although Hyung Eun has left the group, as her former agency, we apologize to BTS and everyone who felt hurt by her comments.”

In a separate post, they stated that Hyung Eun would be pursuing her own path while the rest of Bulldok would be promoting as four members. They issued a final apology for releasing the news about Hyung Eun’s departure late.

BTS
Kim Hyung Eun
Bulldok
How does this article make you feel?