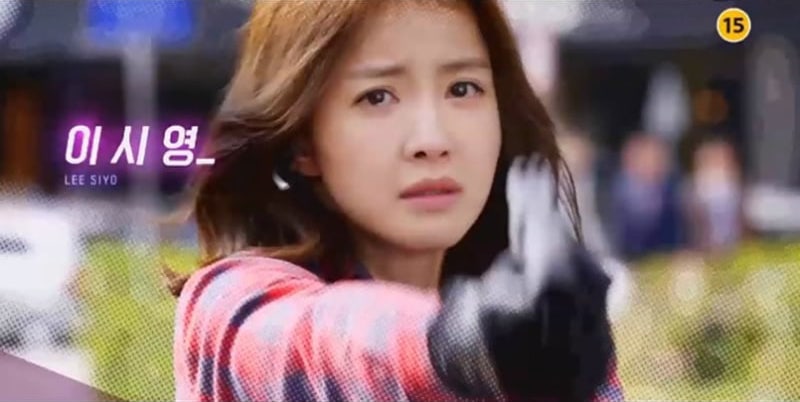 On May 17, MBC released three new teasers for its upcoming action-thriller drama “Lookout.”

The three teasers captivate the audience with a tragic yet action packed storyline. They revolve around the story of actress Lee Si Young, who will play the role of Cho Su Ji, a single mother who loses her daughter. Actor Kim Young Kwang appears as young prosecutor Jang Do Han, while SHINee’s Key and Kim Seul Gi are also a part of the main cast.

In the first teaser, we hear Cho Su Ji whispering “I will keep my promise this time,” in a sorrowful voice. The next scenes show Cho Su Ji running away and Jang Do Han on the floor with a gunshot wound. The teaser closes with Cho Su Ji and Jang Do Han pointing guns at each other.

The second teaser emphasizes the action-thriller side of “Lookout,” as Cho Su Ji speeds through the city in a motorbike, jumps off a window, and gets involved in a car accident.

The third teaser shows Cho Su Ji at the funeral of her own daughter. Cho Su Ji cries, “Why did you do it?” while pointing a gun to a school boy, suggesting that there are complicated reasons behind her daughter’s death.

Watch the three gripping teasers below!

Lookout
How does this article make you feel?