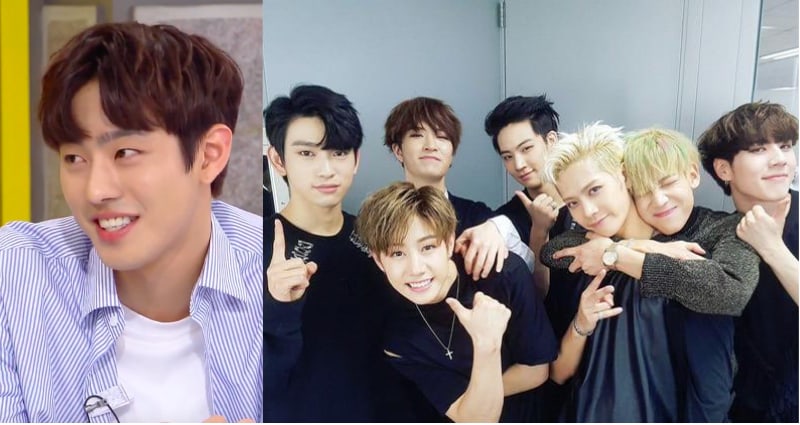 Actor Ahn Hyo Seop appeared as a guest on the most recent episode of KBS’s talk show “Happy Together,” where he was asked about his past as a trainee at JYP Entertainment.

When the hosts mentioned that they heard Ahn Hyo Seop had been training at the famous agency, they also asked him to sing something for them. Park Myung Soo quipped, “Let’s see what you were doing for two years.”

After Ahn Hyo Seop gave a short performance of Lee Moon Sae’s “In the Rain” for everyone, the hosts joked that he did seem to use JYP founder Park Jin Young‘s famous “half air, half noise” technique of singing.

Host Uhm Hyun Kyung then said she heard Park Jin Young had given Ahn Hyo Seop a piece of advice, and Ahn Hyo Seop looked a bit embarrassed as he denied that rumor by saying, “I’ve never met him.” 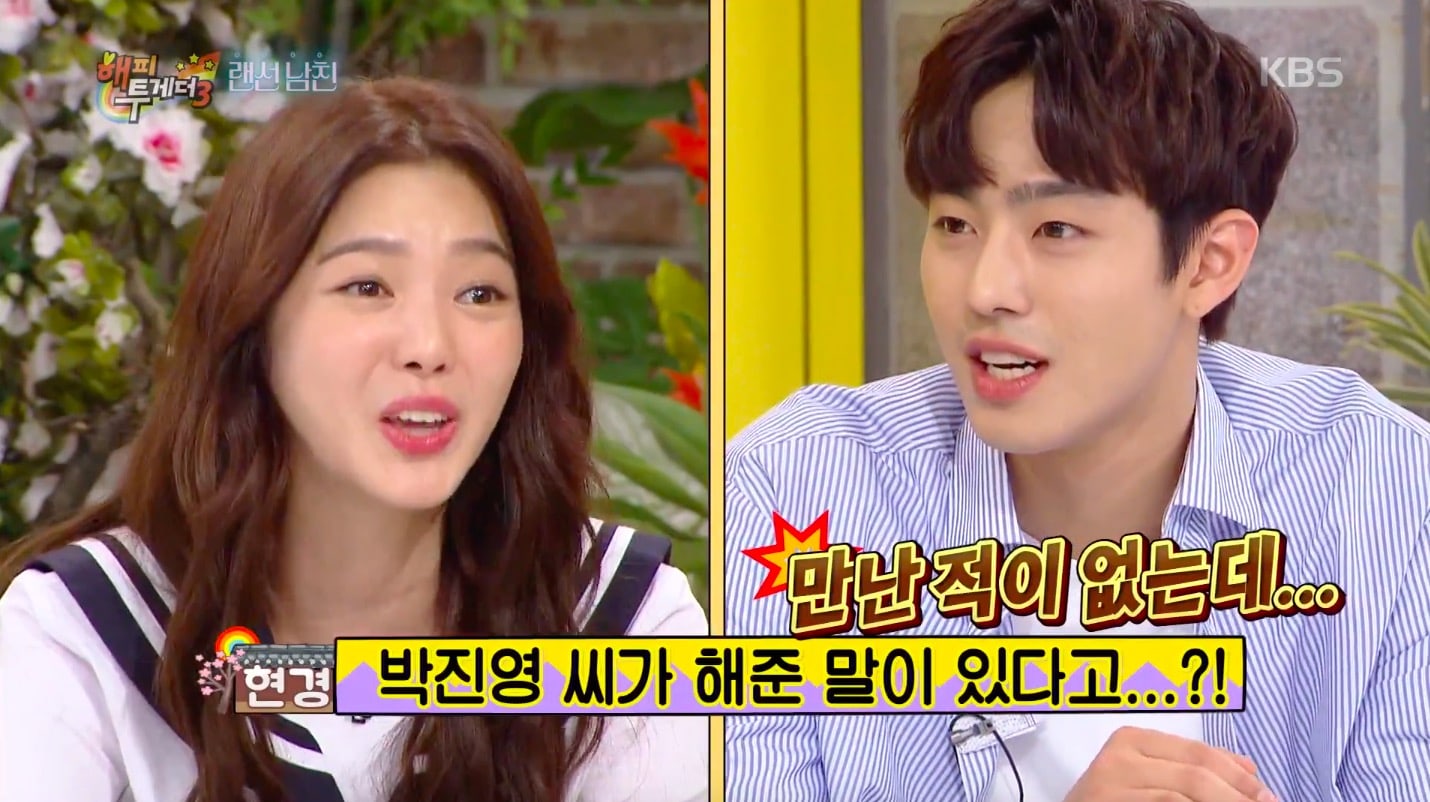 When asked how he joined JYP Entertainment, Ahn Hyo Seop explained, “I was just a regular student in Canada, but I got a phone call from a number I didn’t recognize. I still don’t know how they knew about me, but it was their rookie development team, who said they wanted to meet me.”

Yoo Jae Suk asked Ahn Hyo Seop if it was true that he’d been preparing to debut as a member of GOT7. “I was living with the others in the dorm at that time,” Ahn Hyo Seop explained. “So when the group was being put together, I was practicing with them. But I wasn’t able to join the project team.”

When asked why that was the case, Ahn Hyo Seop replied, “I was a bit lacking in talent then, and also I was too tall.” 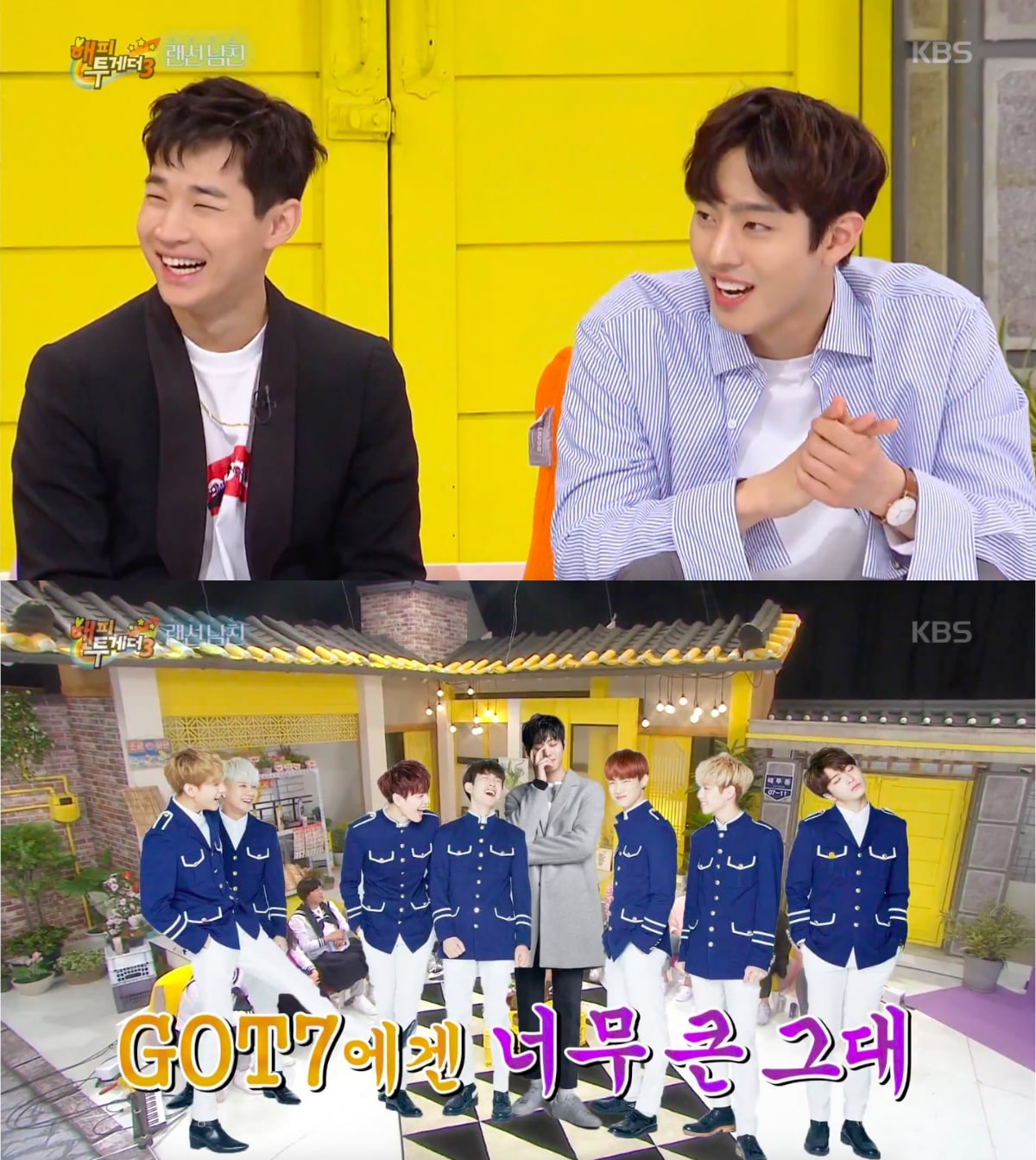 Although the hosts and guests laughed at his second reason, Ahn Hyo Seop admitted, “I really resented my height then. I wanted to become shorter.” 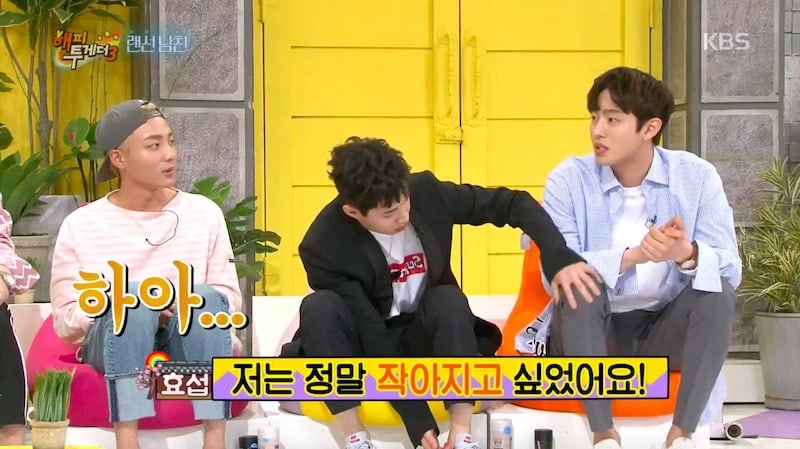 At everyone’s encouragement, he then performed a short cover of EXO’s “Growl” choreography to show off his talents.

Ahn Hyo Seop is currently housed under the agency Starhaus Entertainment, and has appeared in dramas including “Father Is Strange,” “Entertainer,” and “Splash Splash Love.” He is also part of the Starhaus project boy group One O One, alongside Kwak Si Yang, Song Won Seok, and Kwon Do Kyun.

The bond between Ahn Hyo Seop and the guys of GOT7 seems to still continue despite his departure from the company, as he appeared along with GOT7’s Jackson on “Celebrity Bromance” last year!

You can watch Ahn Hyo Seop show his singing and dancing skills in the full episode below.

GOT7
Happy Together
Ahn Hyo Seop
How does this article make you feel?