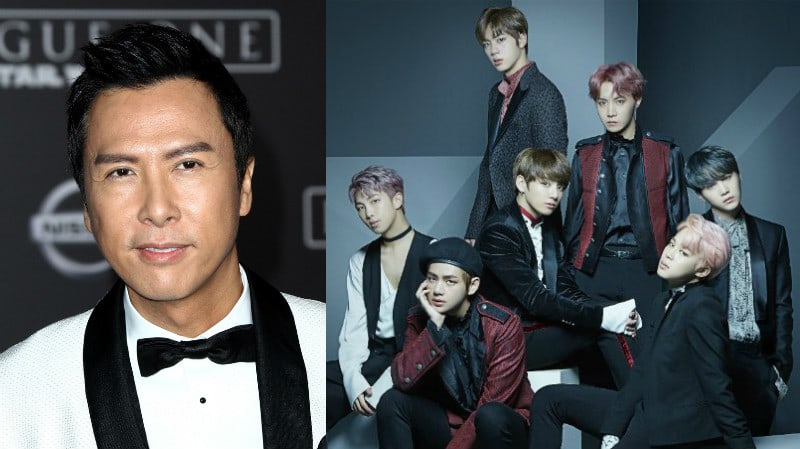 Legendary Hong Kong action star Donnie Yen, who is best known for starring in the “Ip Man” series and most recently, “Rogue One: A Star Wars Story,” revealed that he went to BTS’s concert in Hong Kong because his daughter is a big fan of the group. BTS held two concerts in Hong Kong from May 13 to May 14 as a part of their “WINGS” tour.

During a recent interview, Donnie Yen opened up about the experience with, “I was actually just there as an audience member.”

He added, “I heard that one of the members [of BTS] is a fan of me. I took pictures with about 100 people at the venue so that my daughter could get a photo with BTS, and we got her individual photos with each member.”

BTS’s global popularity is one to look out for. The group is set to attend the 2017 Billboard Music Awards on May 21, and they are up for nomination in the Top Social Artist category.

BTS
Donnie Yen
How does this article make you feel?