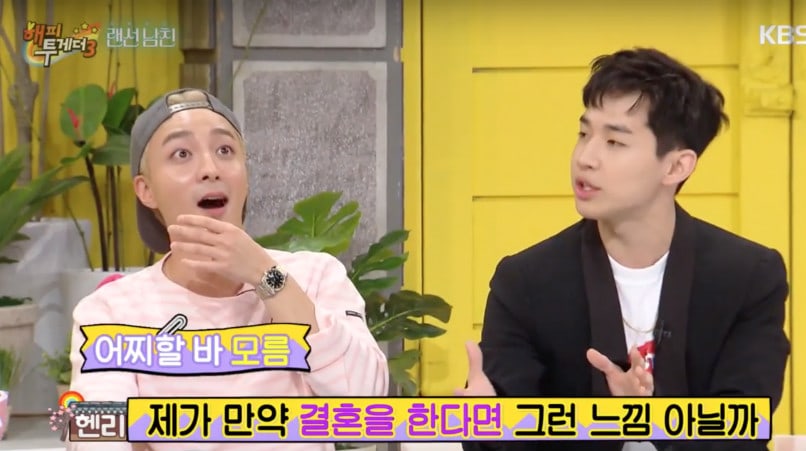 On a recent episode of KBS 2TV’s “Happy Together,” Henry revealed his feelings for Roy Kim’s older sister and Roy Kim had the funniest reaction.

During the episode, Henry shared that he knew Roy Kim’s sister through mutual friends. He said, “She’s close to my ideal type and looks very elegant. When I first met her, she made me nervous, and I’m not a person to get nervous easily.” 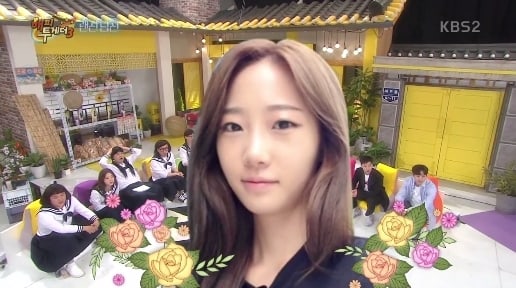 He also surprised Roy Kim by revealing that he actually went camping with his sister. When Roy heard this, he showed real concern as a brother and asked, “It wasn’t just the two of you, right?”

Following this, Henry revealed that they were, of course, with a group of friends, and barely even talked. He also said, “If I were to get married, I would marry someone like her. I am ready to meet my future wife.” 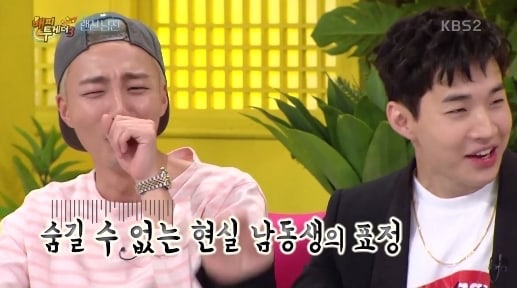 Later, when asked who, out of Ji Sang Ryul and Henry, he would want to have as his brother-in-law, Roy Kim unhesitatingly responded, “Of course it’s Henry,” leaving the entire studio in laughter. 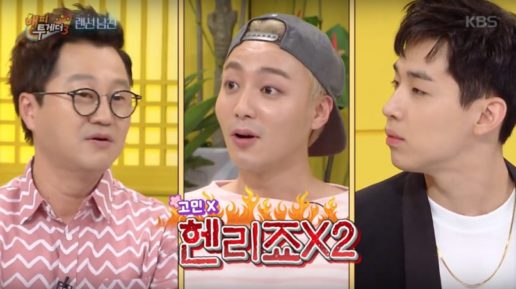 However, when asked if Henry’s romance would ever play out, Roy immediately commented, “It will never happen,” and shattered all hopes.

Henry
Roy Kim
Happy Together
How does this article make you feel?