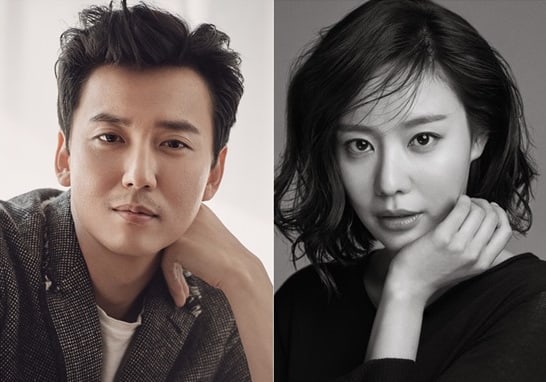 Two fantastic actors will be collaborating on a new tvN weekend drama, “Living Up To One’s Name” (working title).

The drama’s production company revealed on May 19, “Kim Nam Gil and Kim Ah Joong have been confirmed as the male and female leads, respectively, of tvN’s upcoming Saturday-Sunday drama, ‘Living Up To One’s Name.'”

This fantasy medical drama explores a 17th century Joseon medical practitioner who travels through time to the 21st century and encounters a modern-day doctor.

Kim Nam Gil takes on the role of Heo Im, an acupuncturist of great skill who is blocked from living out his talents by his sad reality, until he ends up traveling 400 years into the future through an unexpected accident and finds himself in the center of Seoul. This particular character is based on a real-life figure of the same name who existed in the same era as Heo Jun, a highly respected court physician from the Joseon Era. Heo Im was the brain behind many developments in acupuncture. Heo Im and Heo Jun are revered as the leading pair of 17th century traditional Korean medicine.

Meanwhile, Kim Ah Joong will play Choi Ahn Kyung, a third year cardiothoracic surgery resident who hides secrets and her emotional wounds deep in her heart, behind her cold yet showy exterior. A perfect career woman who knows how to balance work and fun while being self-sufficient, she refuses to accept acupuncture as a legitimate form of medicine. When she meets Heo Im, she becomes swept up in a whirlwind of destiny.

“Living Up To One’s Name” will be directed by Hong Jong Chan, of “Dear My Friends” fame, while the script will be written by Kim Eun Hee, known for MBC’s “The Queen’s Classroom.” It will premiere in August, following the end of “Forest of Secrets” (tentative title).

Kim Ah Joong
Kim Nam Gil
How does this article make you feel?