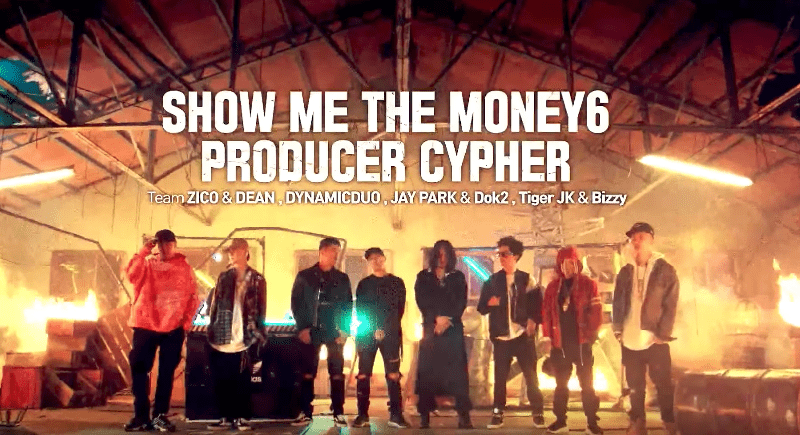 The producer line up for Mnet’s “Show Me the Money 6” is undeniably one of the greatest line ups to be featured on this show to date, and this cypher shows exactly why!

On May 18, Mnet revealed the video of the cypher, which serves as an introduction of all eight producers.

The four teams consist of Block B’s Zico and Dean, Dynamic Duo, Jay Park and Dok2, and Tiger JK and Bizzy. To a simple beat, each producer skillfully deliver their self-written lyrics as they show off their unique colors, flows, and styles of rapping.

Not only does this upcoming season boast this stellar producer line up, many big-name contestants have auditioned, such as the winning producer of Season 1 Double K, crowd favorite from the previous season Junoflo, veteran rapper P-Type, and many more.

A record number of 12,000 hopefuls took part in the South Korea auditions, not including those from the Los Angeles and New York auditions, as the hype for this upcoming season continues to grow.

Which team will you be rooting for this season?

Dean
Block B
Bizzy
Dok2
Dynamic Duo
Jay Park
Tiger JK
Zico
Show Me The Money 6
How does this article make you feel?