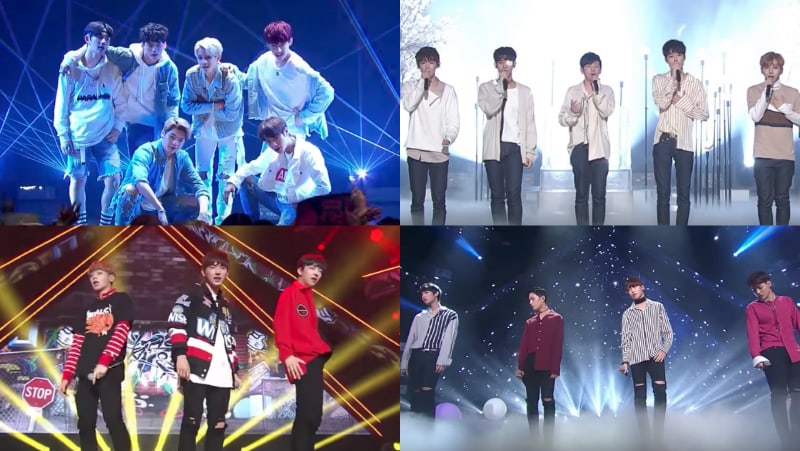 Watch: “Produce 101 Season 2” Holds Second Half Of Position Evaluations And Crowns Top Trainee Of Each Category

Mnet’s “Produce 101 Season 2” continued with their position-based challenge from last week and revealed which trainees ranked No. 1 in the vocal, dance, and rap categories.

The first performance for this episode was a cover of BTS’s “Spring Day” by five vocalists, including Lee Woo Jin, Takada Kenta, Kim Yong Jin, Bae Jin Young, and Yoo Seon Ho. Although there was a minor mistake in their performance, the group managed to deliver an impressive cover of the song, with Yoo Seon Ho placing first amongst his teammates.

Next up on stage was a group consisting of Jung Jung, Lee In Soo, Kim Sang Bin, Park Woo Dam, Yoon Jae Chan, and Lee Ki Won. These six trainees danced to N Sync’s ”Pop” and cheered up the audience with their fun performance filled with creative ideas. The first place for this group went to Jung Jung.

For the next stage, Woo Jin Young, Lee Eui Woong, and Kim Sang Gyun showed off their rapping skills using the beat from “‘Who You” originally by Simon Dominic, One, G2, and BewhY. Although he was edited out, Ha Min Ho, who left the show following his recent controversy, was actually a member of the team and even placed first in the group.

Next up was a vocal team that covered BoA’s “Amazing Kiss.” Although there was a minor mistake during the performance, Lee Gun Hee, Seo Sung Hyuk, Yoon Hee Suk, and Jung Dong Su were able to make up for it with their amazing vocals. The first place in this group went to Lee Gun Hee.

The next performance was by another vocal group consisting of Yoon Ji Sung, Kim Jae Hwan, Kwon Hyun Bin, Ha Sung Woon, and Hwang Min Hyun. The other trainees teared up as they watched this team’s touching rendition of I.O.I’s “Downpour.” Kim Jae Hwan placed first amongst his teammates.

The last performance was a dance cover of Jason Derulo’s “Get Ugly.” This performance was highly anticipated because the group consisted of highly ranked members, including Samuel Kim, Kang Daniel, Park Woo Jin, Park Ji Hoon, Ahn Hyung Seob, and Ong Sung Woo. The group received praise for their intense choreography and amazing dance skills. Although Park Woo Jin usually got a lower rank in the show compared to his teammates, he ended up placing first in the group.

Each trainee who placed first in his performance group gained an extra 10,000 points. After calculating all the scores, the top trainee in each position-based category was announced. Noh Tae Hyun took the No. 1 spot in the dance category, Lee Gun Hee ranked first in the vocal category, and Kim Jong Hyun topped the rap category. These three trainees have each received an additional 100,000 points.