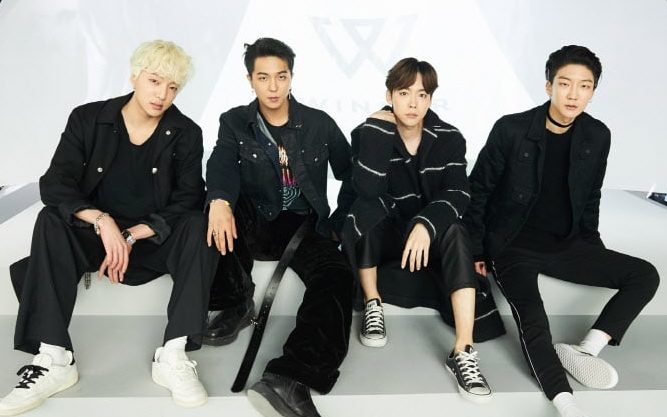 WINNER’s “REALLY REALLY” surprisingly reclaimed the top spot on our chart this week after spending the last two weeks at No. 2 behind IU’s “Palette.” Even though it did not pick up any music show wins last week, “REALLY REALLY” was able to climb back to No. 1 thanks to its consistency on all our chart sources. Overall, it is the third week that “REALLY REALLY” is on top of our chart. Congratulations again to WINNER!

Moving up eight spots to take second place this week is SECHSKIES’s “Be Well.” This song won on “Music Bank” and “Music Core” last week. The overall strong performances on various music shows carry this song to No. 2 this week.

IU’s two-week champion “Palette” fell back to No. 3 this week. While this song picked up another win on “Inkigayo” last week, it wasn’t enough to stay another week on top of our chart.

There is only one new song in the top 10 this week. Moving up 10 spots to No. 8 is Lovelyz’s latest hit “Now, We.” It is the title song from their repackaged second album. “Now, We” is an electronic style dance song that tells a love story with a happy ending. Lovelyz members’ energetic vocals are the highlight of this song.

Singles Music Chart - May 2017, Week 3
Don’t miss our music chart in the K-pop fan magazine THE KRAZE! Check them out here.