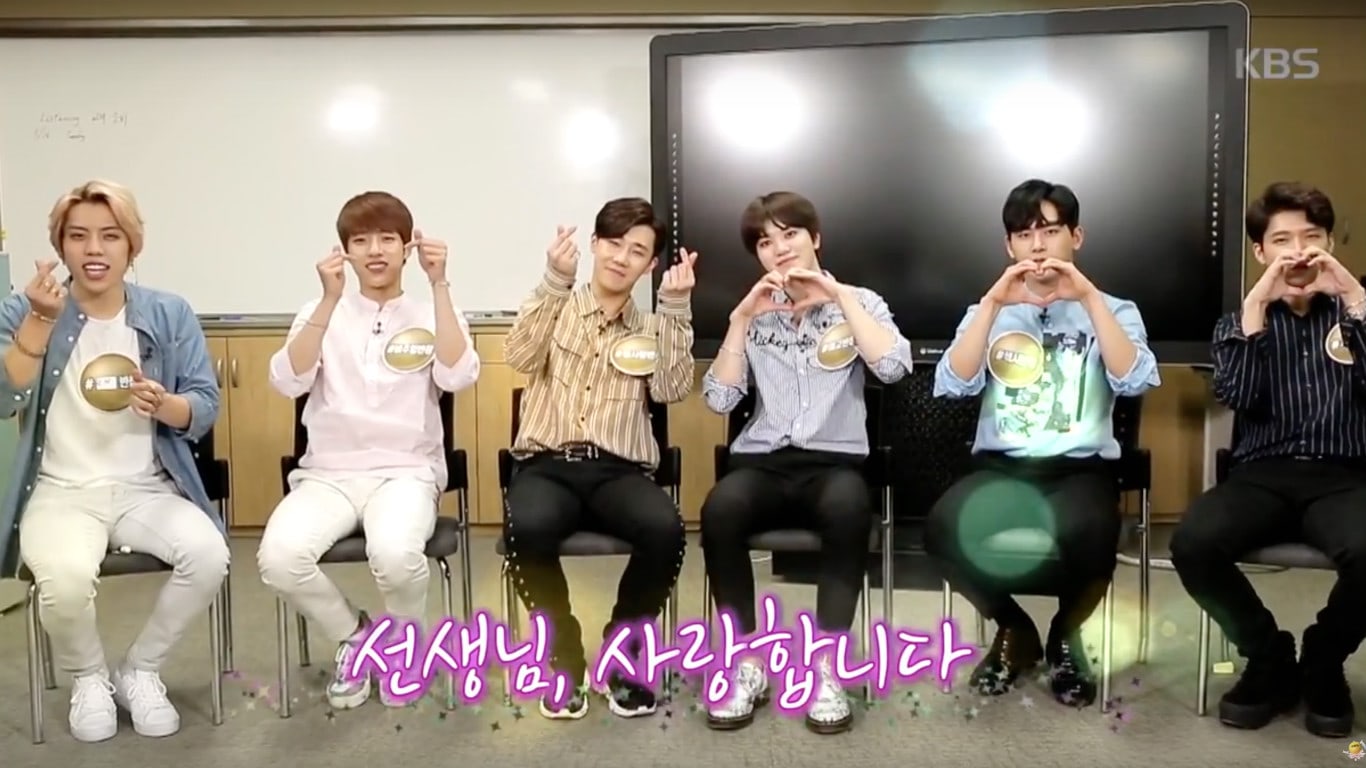 Recently, INFINITE sat down for an interview on KBS’s “Entertainment Weekly” and revealed their hopes and plans for the rest of the year.

Sunggyu said, “In May, we are releasing our Japanese album, so we will go to Japan to promote that,” and continued, “For plans in Korea, I hope that if we have the chance, we will be able to make a comeback with an amazing album. We will try our best to make this happen,” leaving fans hopeful to see the group on stage once more.

Explaining that Sungjong was still a high school student when INFINTE debuted, the interviewer asked Sungjong if he was popular at school. Sungjong quickly admitted that he was very popular in school and followed, “I dated a girl in middle school because I’m the type of person who can’t say no.” As he was saying this, Woohyun butt into the conversation and said, “I said no to a lot of girls,” to which Sungyeol jokingly replied, “No one asked you.” The members then explained that Woohyun had been eager to talk after being off television for a long time.