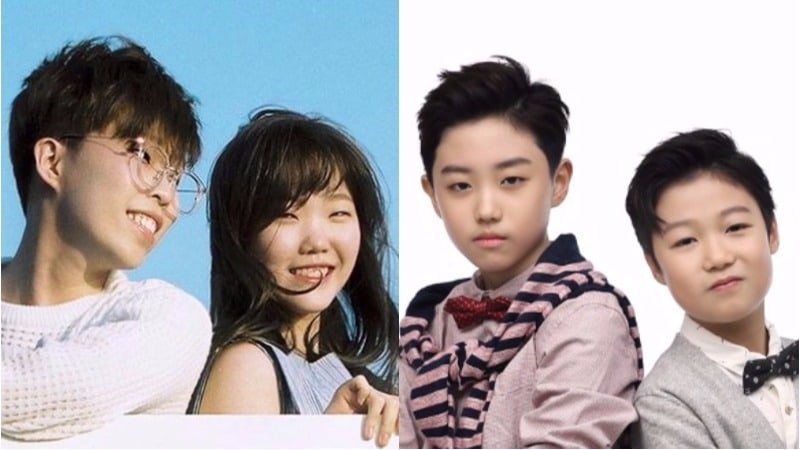 On May 21, Akdong Musician made a guest appearance on radio program “2 O’Clock Escape Cultwo Show.”

The sibling duo talked about their national concert tour, revealing, “Our audiences tend to be on the younger side, and many also come with their families. Thankfully, the venues usually fill up, and some stops sell out.”

They also commented on their collaboration with veteran singer Yang Hee Eun, sharing, “We first collaborated on a television program, and we thought that it would be nice to release a song together sometime. We were so thankful because she reached out to us first.”

When it was brought up that many contestants from “K-Pop Star” have also talked about wanting to collaborate with them, they commented, “We felt proud. We want to collaborate with Boyfriend sometime.” Young duo Boyfriend, consisting of 11-year-olds Kim Jong Seob and Park Hyun Jin, won “K-Pop Star 6” and recently signed with YG Entertainment.

Would you like to see a collaboration between the two YG duos?