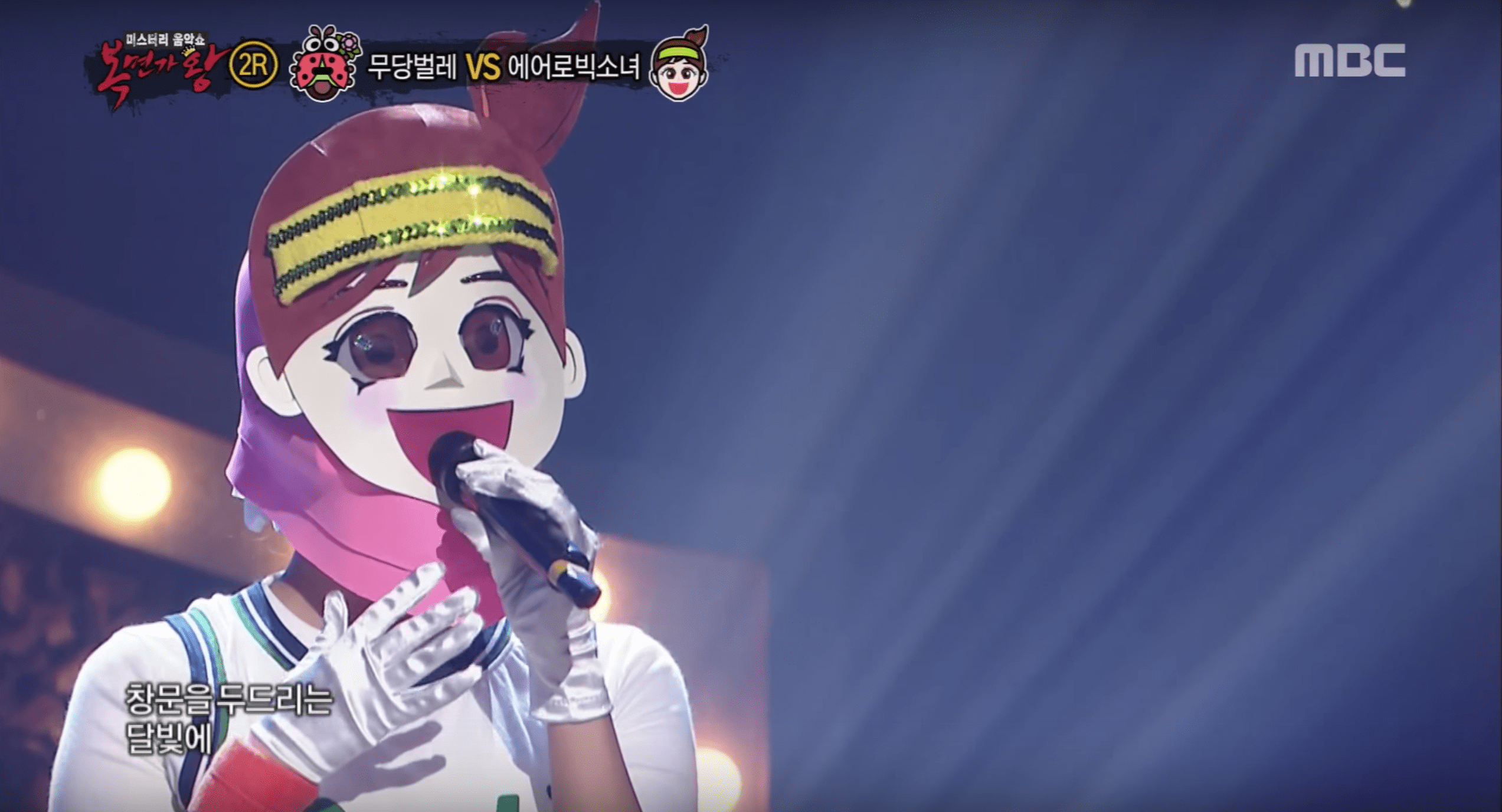 On the May 21 episode of MBC’s “King of Masked Singer,” the identity of “Aerobics Girl” turned out to be the third member of a girl group known for their vocals who had appeared on the show. 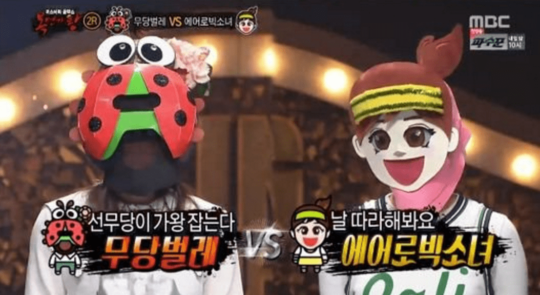 During the episode, “Aerobics Girl” sang Han Young Ae’s “Is Anybody There” in the first match-up of Round 2 against “Ladybug,” who sang Shin Yong Jae’s “Lean On.” The celebrity panelists were split 5-7 in favor of “Ladybug,” and “Ladybug” won enough votes from the audience to win the round.

When “Aerobics Girl” took off her mask, she was revealed to be MAMAMOO’s Hwasa! She is the third member of MAMAMOO after Solar and Wheein to appear on the show. 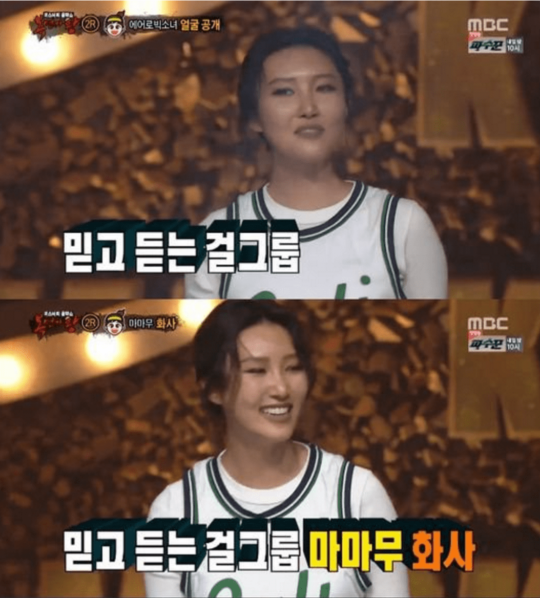 After she took off her mask, she said, “Now I understand how people who are eliminated from the show leave with a smile. I feel like I laid everything down and have no regrets. I’m glad people liked my performance and I had fun.”

MAMAMOO
Hwasa
The King of Mask Singer
How does this article make you feel?