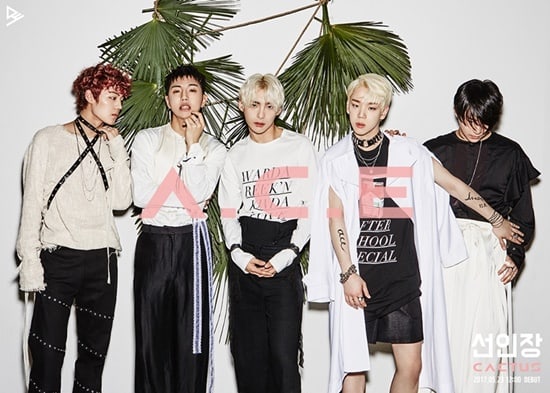 On May 22, A.C.E (Adventure Calling Emotions) held a showcase for their debut single album “Cactus.”

During the event, the group covered H.O.T’s “We Are The Future” and “Light,” impressing with their energetic performances.

A.C.E’s leader Jun, who appeared on Mnet’s “I Can See Your Voice” as “Suncheon Kangta,” explained why they decided to cover the two songs and said, “H.O.T is our role model, and it’s an honor to be performing their songs at our debut showcase. We chose the two songs because they’re our favorites.” He continued to add, “I’ve dreamed of making our debut for so long, so I’m shaking thinking about our first music show performance tomorrow. We will word hard to show the best side of ourselves.”

Jason said, “This is a debut I’ve been waiting for for so long and one that was hard-earned, so I will do my absolute best.” Chan, the youngest member of the group, also chimed in and stated, “I’m so excited thinking about getting to meet singers I look up to and respect. I really hope I can meet Jung Seung Hwan and Lee Moon Sae.” 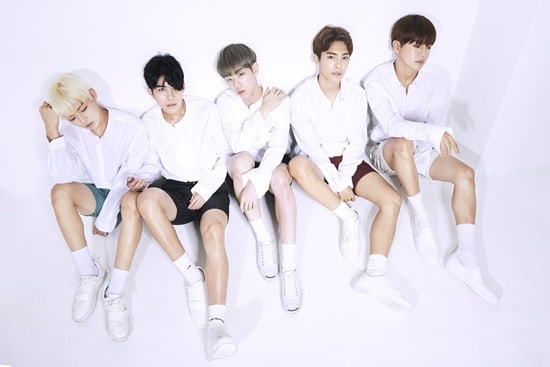 A.C.E will be making their debut in a month that features comebacks from popular boy groups like SEVENTEEN and iKON. When asked how they feel about this, the members of A.C.E replied with, “We are honored to be standing on the same stage and promoting alongside such great groups. We will focus on upgrading our own talents and charms to make a name for ourselves.”

Their title track “Cactus” will reflect the life stories of A.C.E’s members, comparing them to a cactus that firmly keeps its place no matter what happens. Donghoon revealed that the group has been practicing for over 12 hours every day for their upcoming debut.

The group’s hard work seems to have paid off as their singing and dancing impressed those at the showcase event. Their vocals barely wavered despite the powerful choreography the members were having to perform.

Jun said, “When we were filming our music video, the staff praised us and said we were the first team to film 20 takes without a single mistake.”

Some of the members who have been trainees for a long time also talked about their friendships with current idols. Jun has trained with VIXX, Jason with TWICE, and Wow with WINNER. Jason said, “TWICE gave me kind words of support, telling me that they hope to see me on TV soon.”

A.C.E concluded their showcase with hopes for their future as they said, “We hope to win a ‘Best Rookie Award’ because you only have one chance to win that. We also want to hold a concert this year.”

A.C.E will be releasing their debut single album “Cactus” on May 23 to kick of their first promotional activities as a group. Check out the teaser for the new song below!

Are you excited for A.C.E to debut?