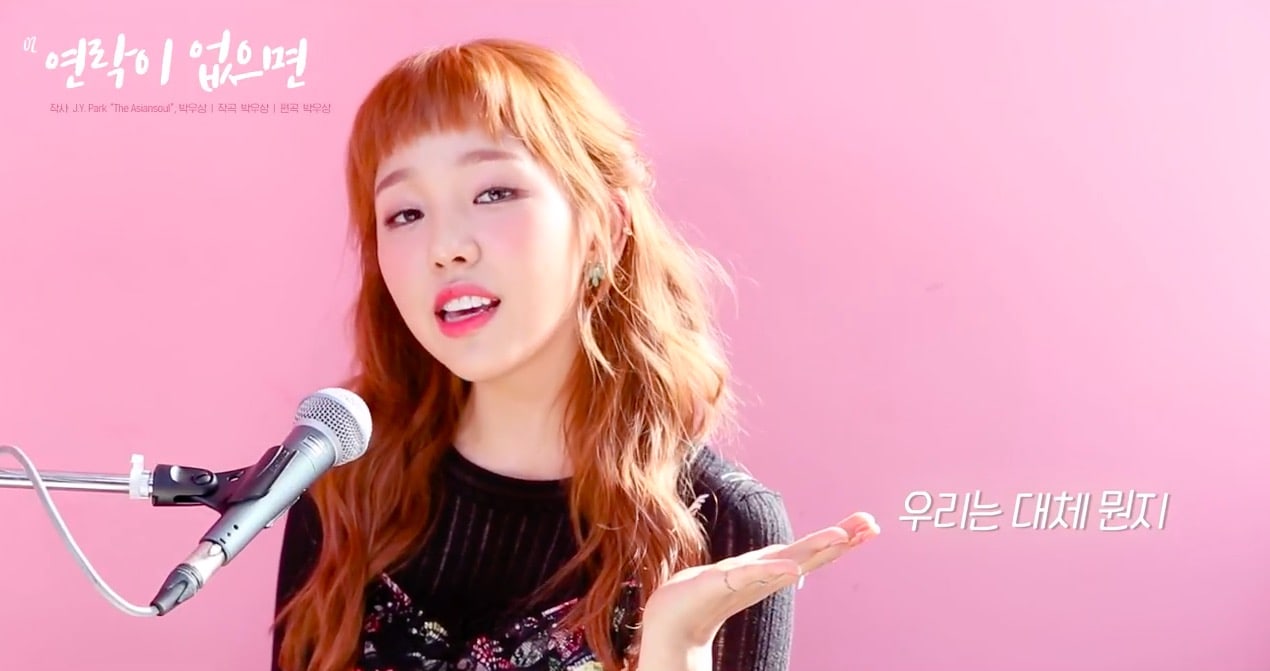 Update: Baek A Yeon Sings Preview Of All Her New Tracks In “Album Spoiler Live” Video

Baek A Yeon has now released a video of herself singing parts of each of the six songs on her upcoming release “Bittersweet.” The second track includes lyrics co-written by JYP founder Park Jin Young, while the third track “I’m Jealous” (working title) will feature her label mate Park Jimin of 15&. Take a listen to this preview of her new tracks below!

Baek A Yeon has dropped some creative new teasers for her upcoming comeback!

The new teasers, called “cinemagraphs,” are styled to look like posters with a moving .gif-style image of Baek A Yeon. Each cinemagraph also contains a lyrics spoiler:

“Even if it’s just empty words, I like it. I can hold that one word in my dreams for days.”

“Have I changed, or has my greed gotten bigger?”

Baek A Yeon is scheduled to make her comeback with “Bittersweet” on May 29 at 6 p.m. KST.

Baek A Yeon has shared a beautiful set of teaser photos for her next track!

On May 23 at midnight KST, the JYP Entertainment songstress shared eight teaser photos for her new song “Bittersweet.” The bright and engaging photos feature Baek A Yeon looking all dressed up for a tea party, but she appears to be sad as though she’s waiting for someone who hasn’t come. 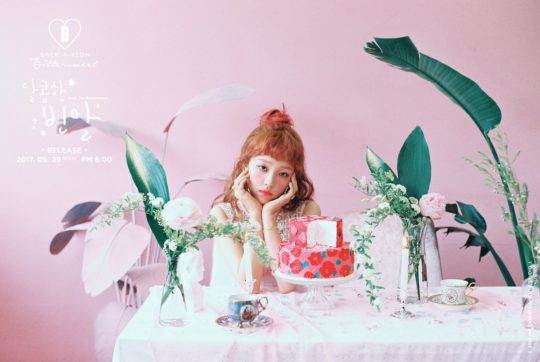 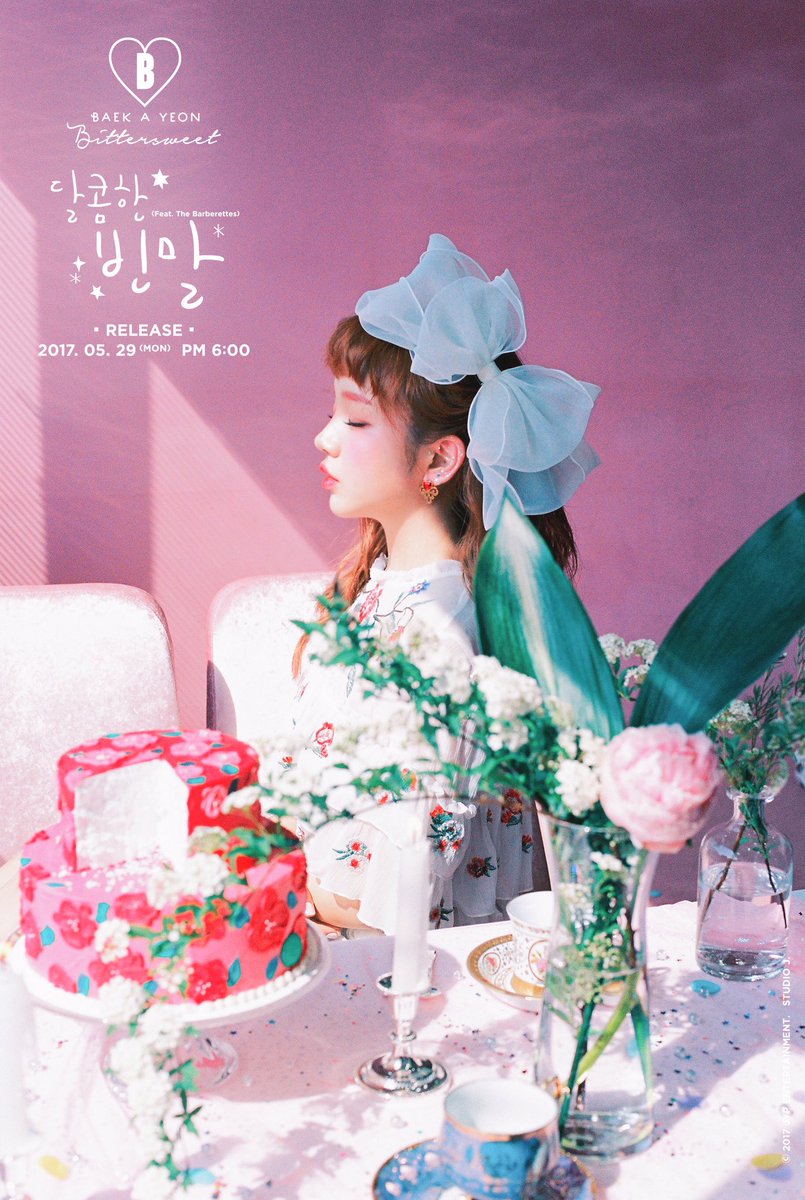 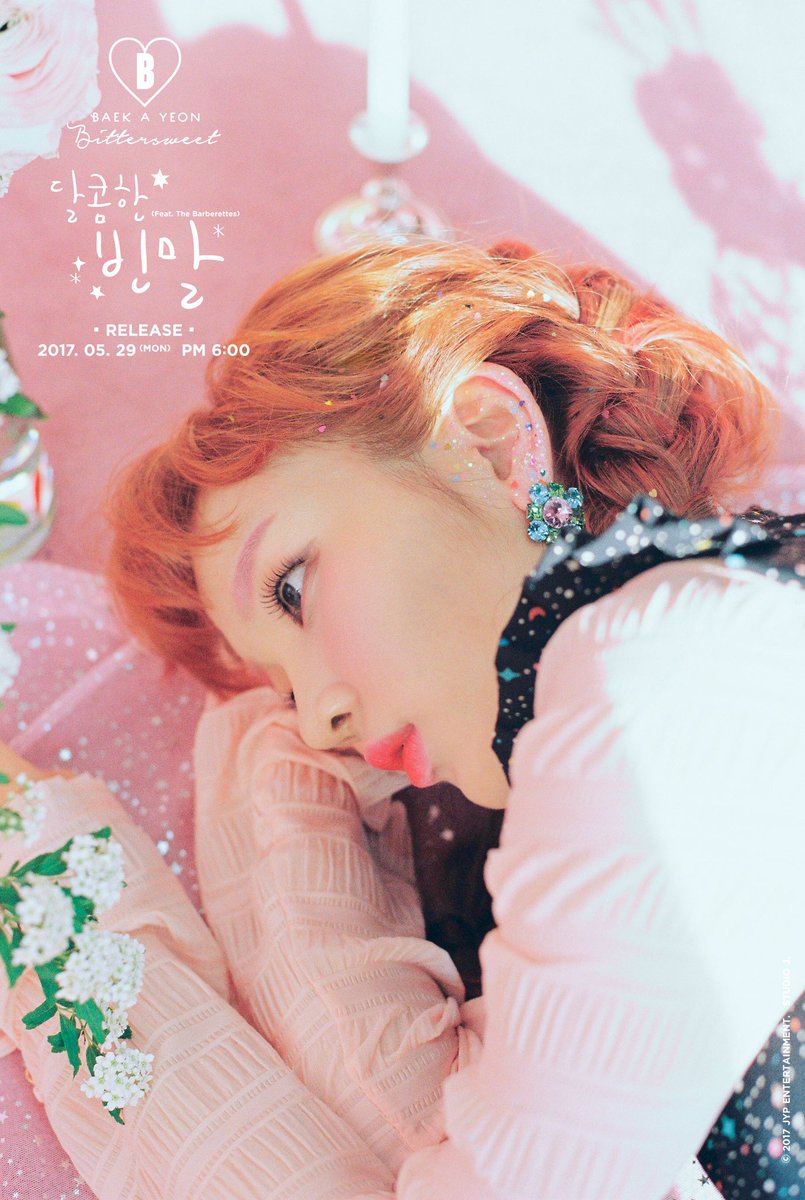 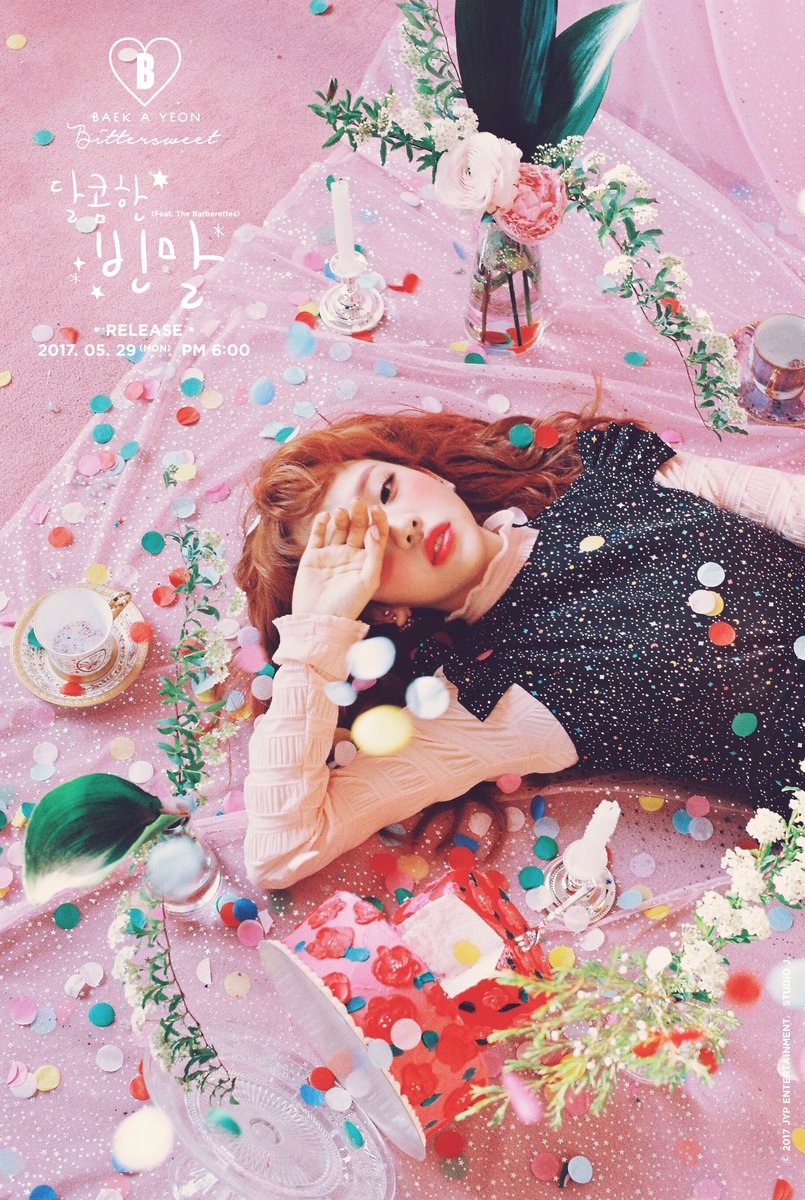 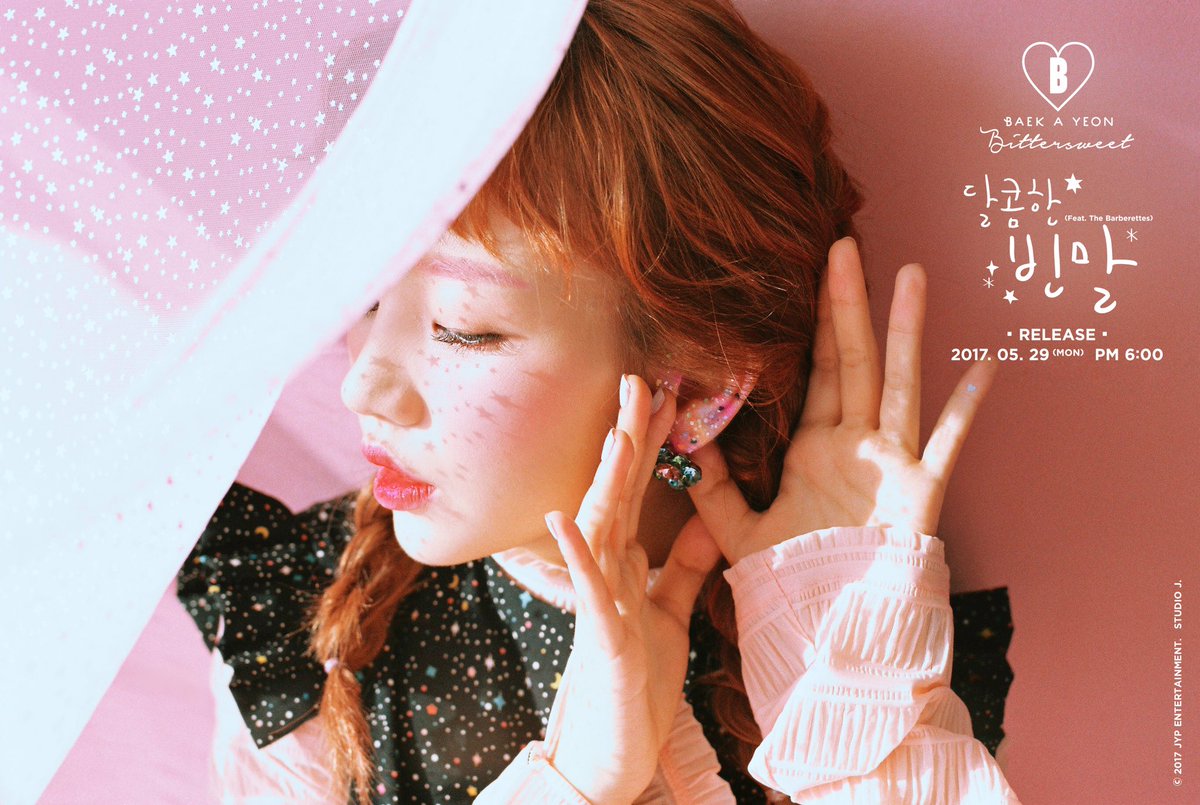 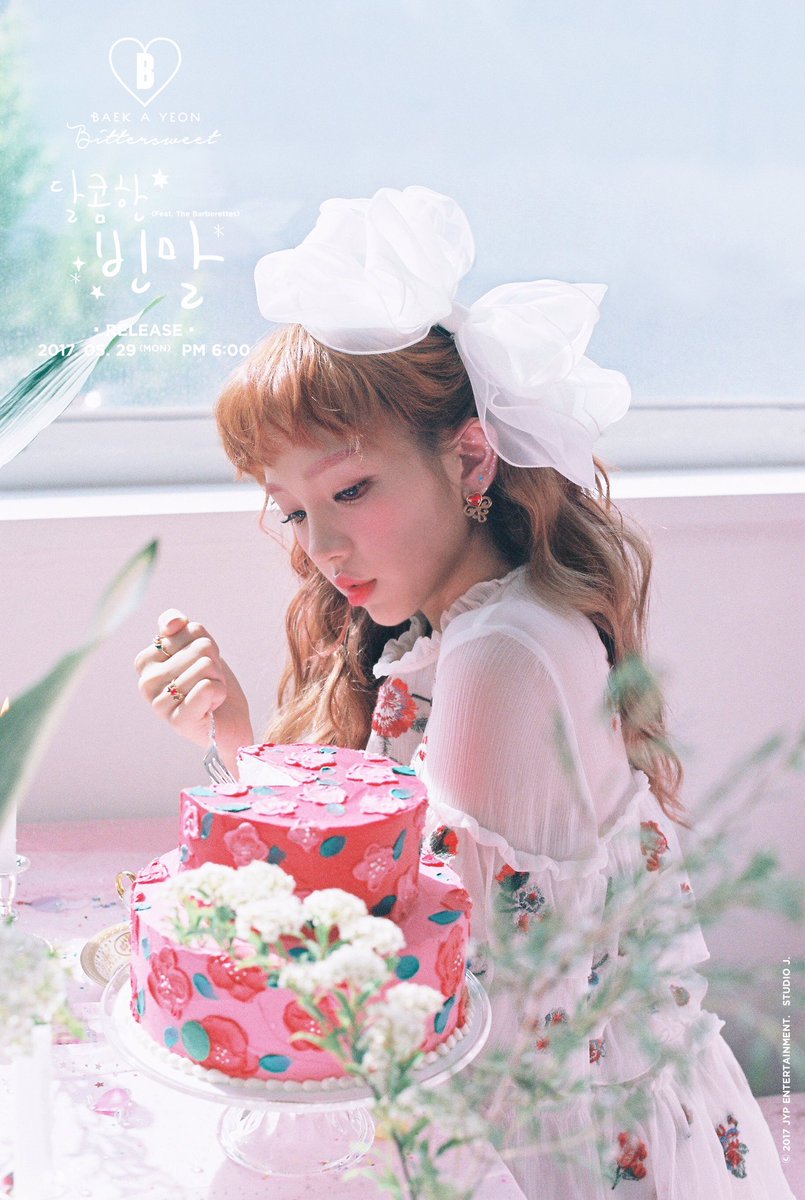 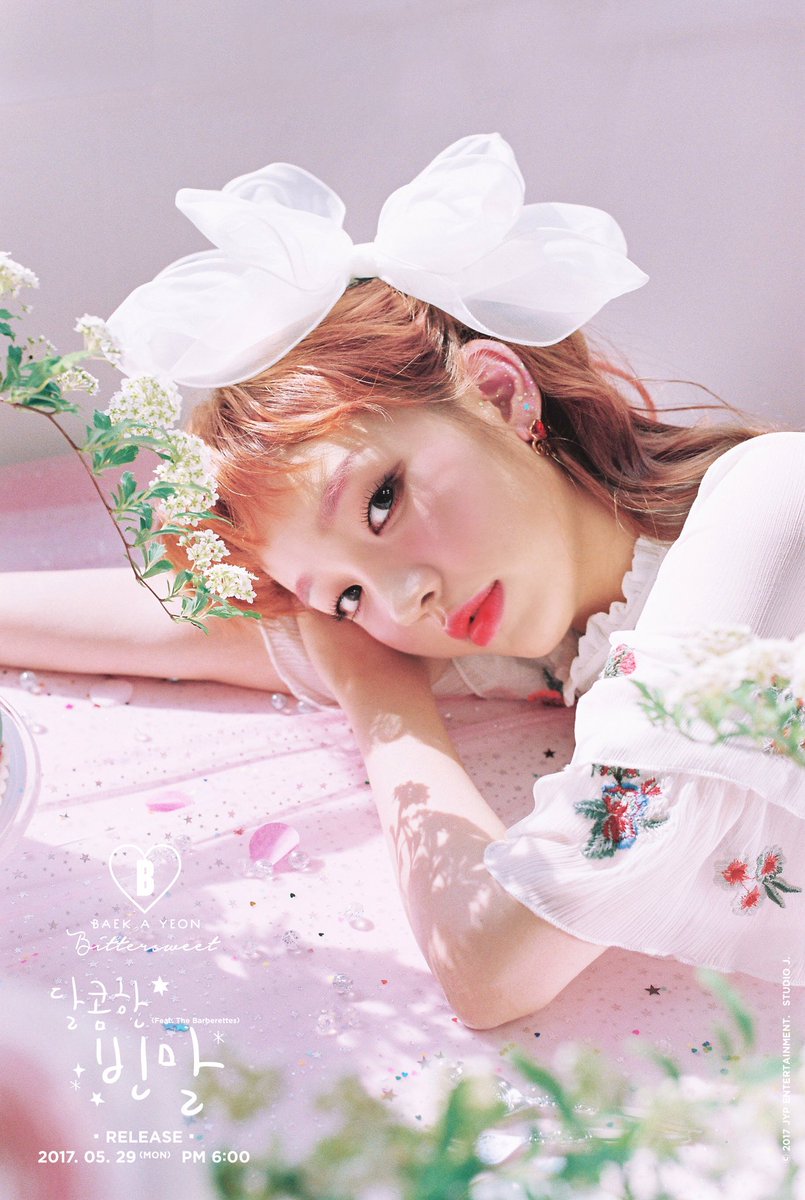 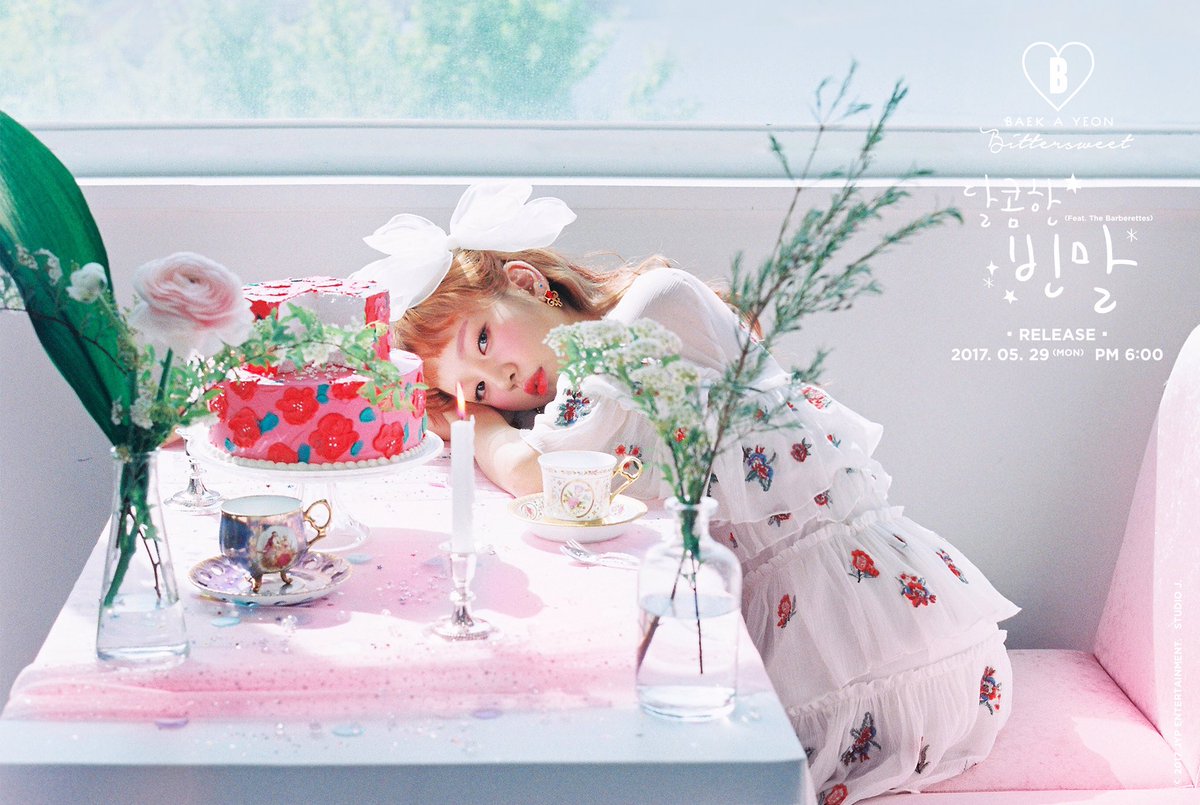 Baek A Yeon’s “Bittersweet” will feature barbershop trio The Barberettes, and is due out on May 29 at 6 p.m. KST.