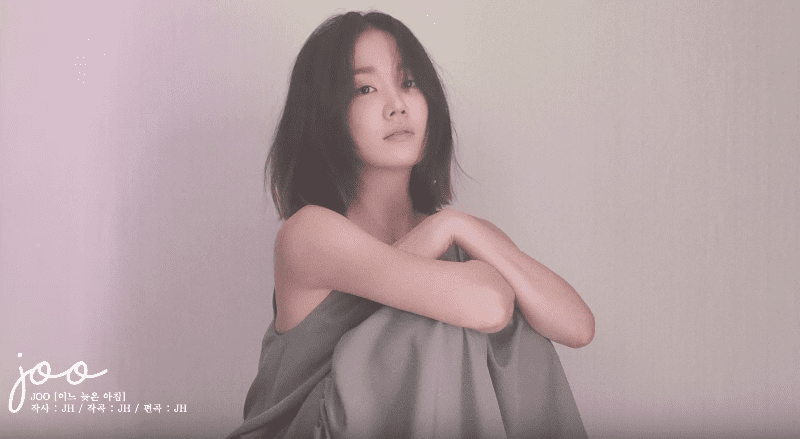 Listen: JOO Displays Her Sweet Vocals In Long Preview Of “Late In The Morning”

Following her teaser for the music video, JOO has released a much longer preview of her actual song, “Late In The Morning”!

Woollim Entertainment songstress JOO has shared a first listen to what sounds like a beautiful new track!

On May 23 at midnight KST, a teaser was released for JOO’s song “Late in the Morning,” which was written and composed by rock band Nell’s bassist Lee Jung Hoon. The music video stars actor Kim Min Suk, who is also housed under Woollim Entertainment, and has made a name for himself recently in dramas such as “Descendants of the Sun,” “Doctors,” “Defendant,” and more.

JOO is a solo artist who made her debut under JYP Entertainment in 2008 and released her first mini album in 2011. After her contract expired with the company in 2015, she signed with Woollim Entertainment, and most recently put out a single entitled “Cry & Blow” in November of that year. In addition to her solo releases, she has also appeared in musicals, and is the sister of BTOB member Ilhoon.

JOO’s “Late in the Morning” is slated to be released on May 26.

Joo
Kim Min Seok
How does this article make you feel?