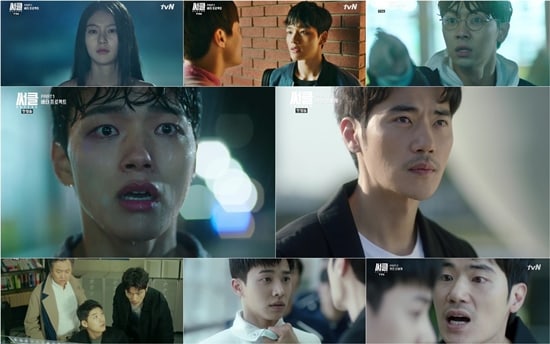 The Monday-Tuesday drama started off with a favorable response in terms of cable viewership ratings. Based on the May 22 results, the first episode brought in an average of 2.9 percent ratings, even bringing in 3.5 percent ratings at its highest point, according to Nielsen Korea.

tvN also received attention from a target audience of viewers in their 20s to 40s. The show especially brought in an average viewership rating of 5.3 percent among female viewers in their 30s.

“Circle” stars Yeo Jin Goo, Gong Seung Yeon, and Kim Kang Woo. The drama depicts two different timelines: one that takes place in 2017 and one in 2037. Unlike other time slip dramas, this drama will show events that take place in both timelines in the same episode. The sci-fi thriller is split up into two parts: “Part 1: Beta Project” and “Part 2: An Amazing New World.”

Circle
How does this article make you feel?