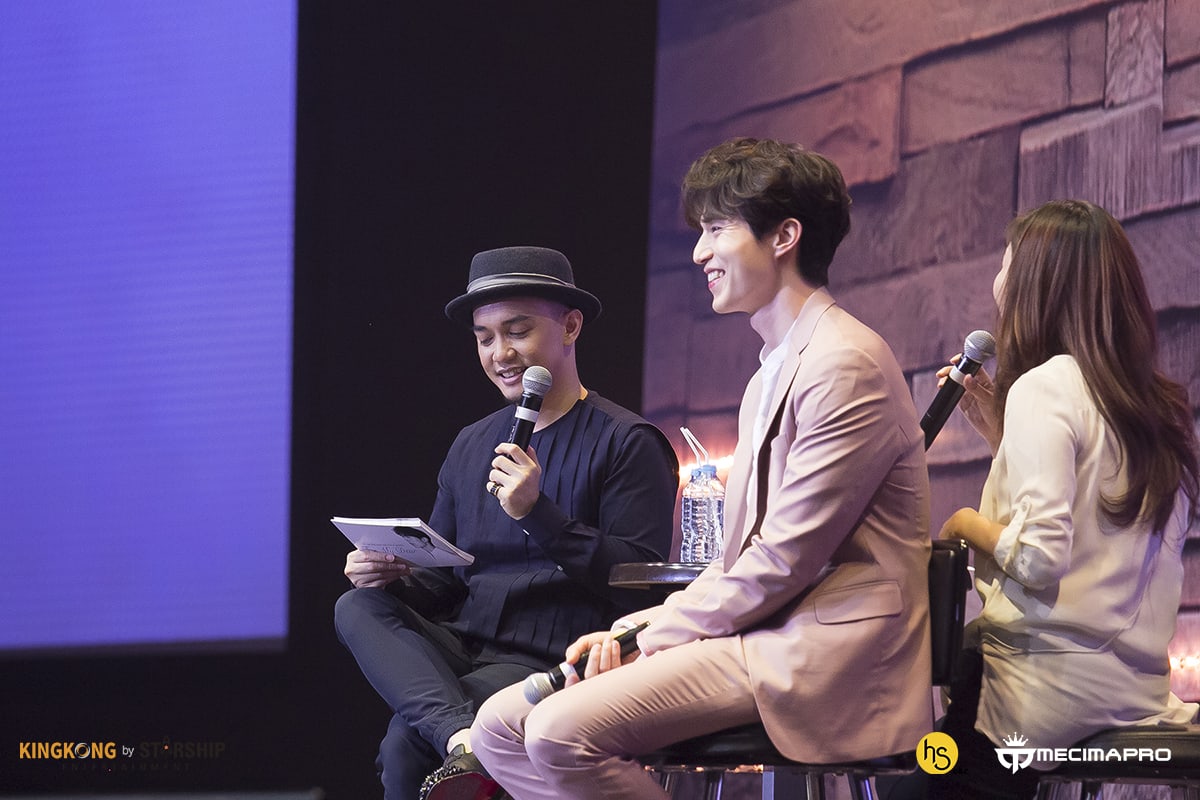 Lee Dong Wook recently met up with his fans in Jakarta for the first time in ten years while on his “For My Dear” Fan Meeting Tour. The charismatic actor was candid with fans – opening up about the success of his drama, “Goblin,” and about his future plans.

When it came to “Goblin,” Lee Dong Wook revealed that he hadn’t anticipated the success of the drama and he hadn’t felt the hype for the drama until it had actually ended. He also revealed that the cast still contacts each other regularly! The “Goblin” family is real!

Lastly, in regards to the question on everyone’s minds – Lee Dong Wook’s next project – the superstar actor revealed that he has no special plans for after he wraps up his “For My Dear” tour. Lucky for us, he’s open to any upcoming project, be it a movie or a drama – though he’s partial towards trying out another variety show like “Roommate.”

Now let’s go into some of our favorite (adorable) moments from the fan meet itself:

Lee Dong Wook Reminiscing About His First Visit to Jakarta 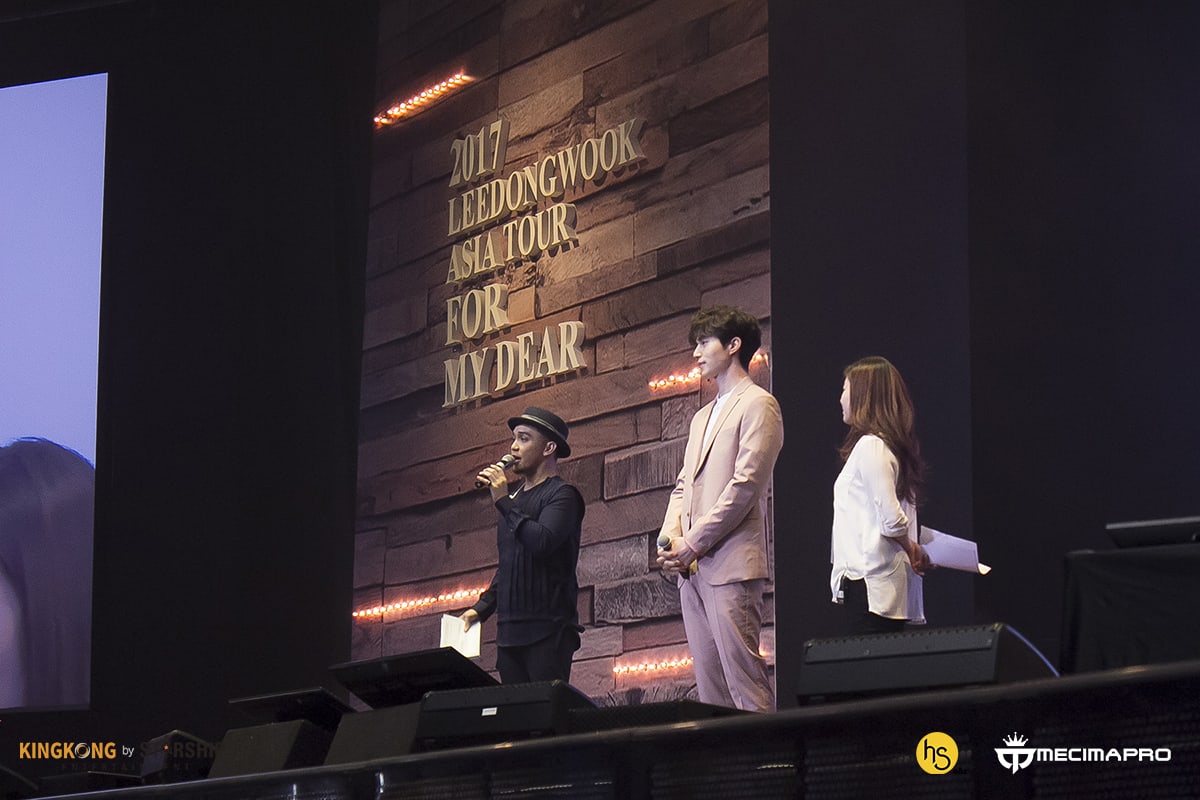 “For My Dear” is not Lee Dong Wook’s first official visit to Jakarta, as he shared photos and memories from 2007’s “My Girl” promotional activity in Indonesia. Not only that, Lee Dong Wook also kindly unveiled his own photo collection with the “Roommate” cast members – whom he revealed to be still close even after the program ended in 2015. He also made sure to explain that he still exchanges messages with Jo Se Ho at least once a day. 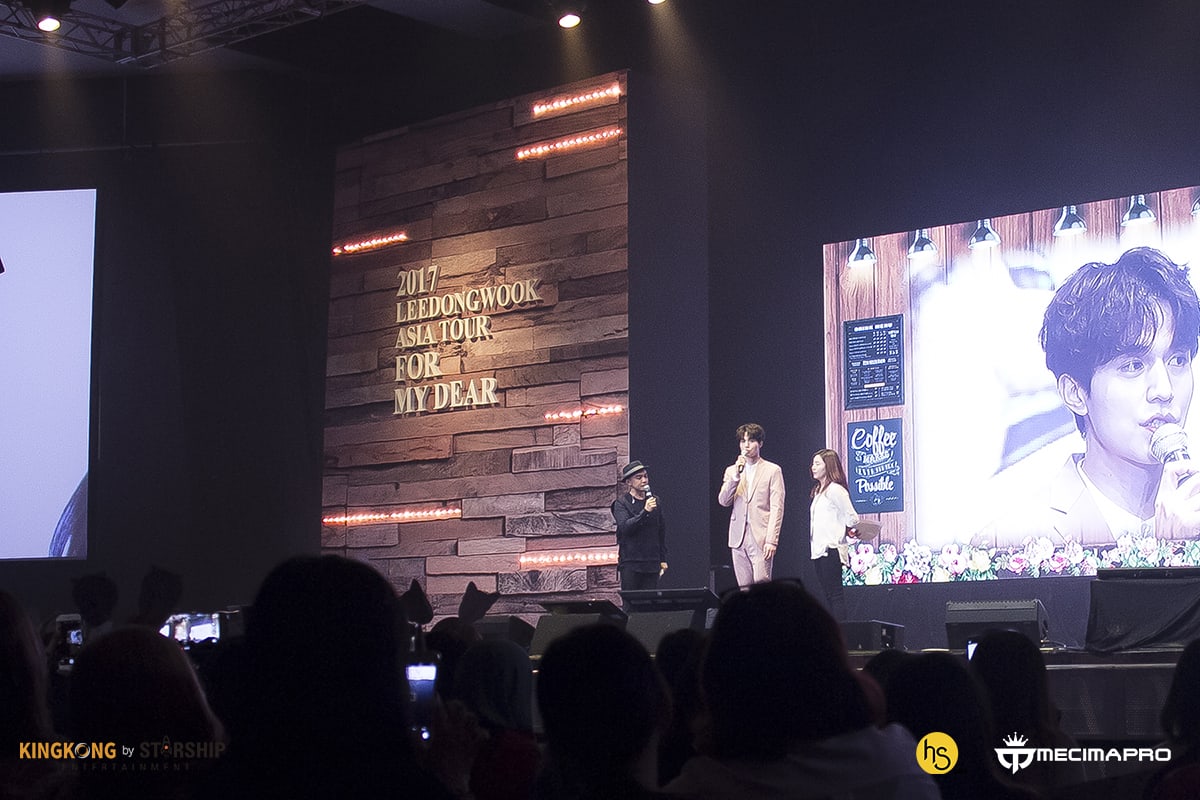 Days before the show, fans got the chance to submit their favorite scenes from “Goblin.” It was revealed that Indonesian fans’ favorite scene is none other than the hilarious scene where both Gong Yoo’s and his character try using a smartphone for the first time. Surprisingly, Lee Dong Wook thinks he looks dumb in the scene, but it was chosen to be most favorite in the tour’s previous stops too. You can check it out in Episode 5 of “Goblin”!

Beat Each Other Through Body Language 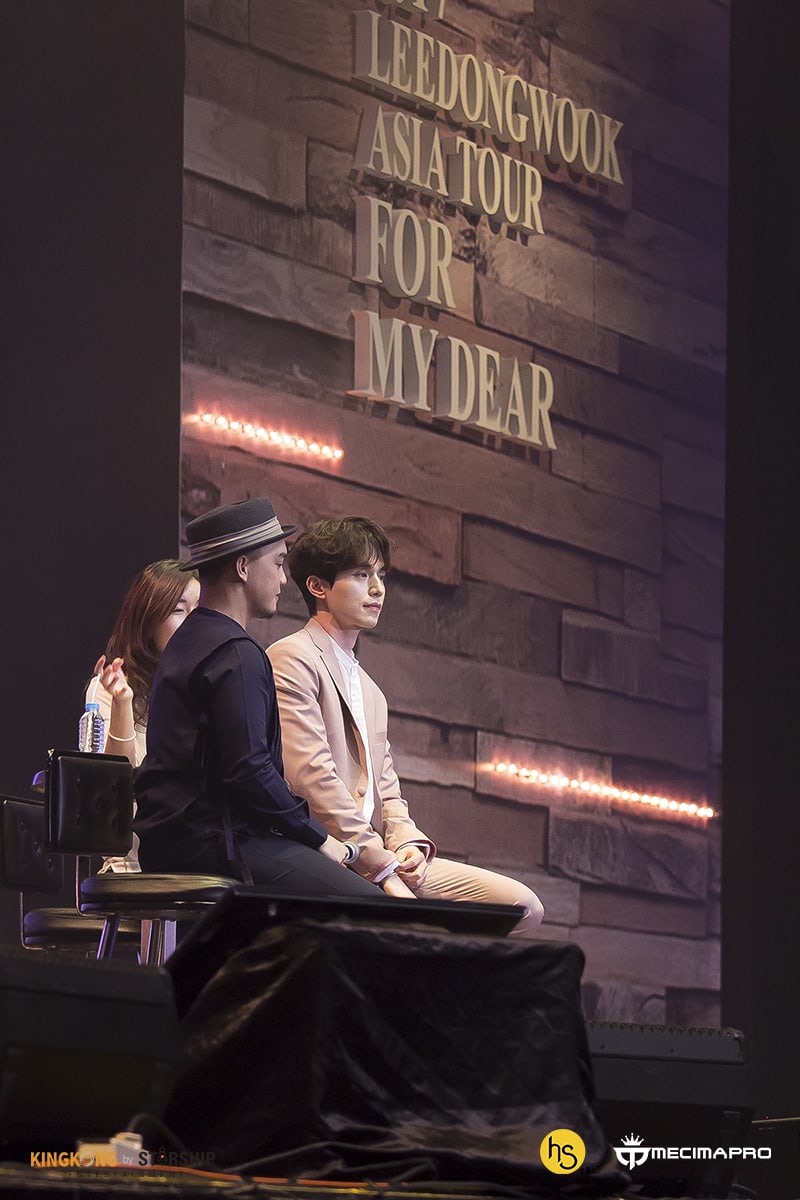 Not the literal meaning of “beating,” but Lee Dong Wook tried his best to help 3 lucky fans to correctly guess as many words as possible by giving clues only through body language. It was hilarious how both him and the chosen fans were the only ones who couldn’t express and answer well as the rest of the audience were on the edge of their seats watching them on stage.

Big Laughs Thanks To A Quality Parody 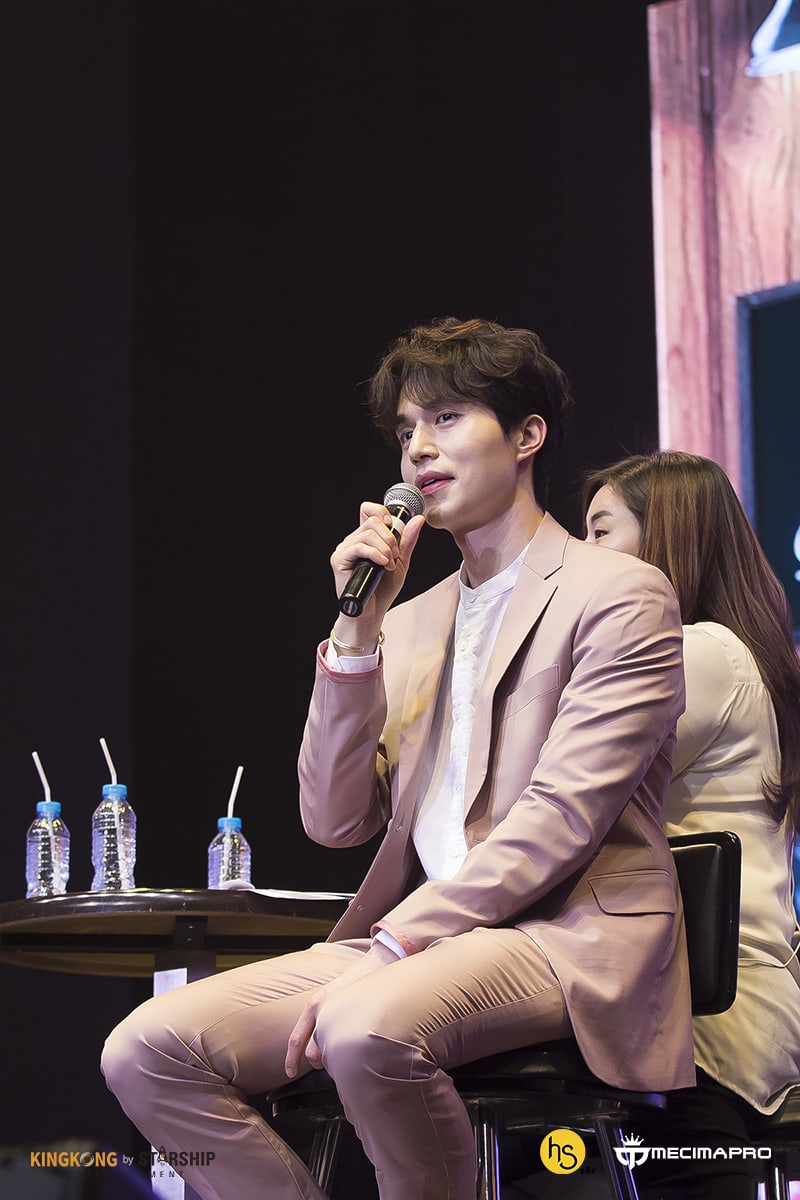 There was a moment in “For My Dear in Jakarta” when everyone’s laughter filled the hall. Thanks to a well-made parody video of a fan who simply reenacted her favorite scenes in “Goblin” with a slightly more “home quality” properties compared to the actual high budget scenes, including the scene where Wang Yeo is grieving over the death of his queen. The fan’s work successfully made everyone burst into laughter and put a big smile to Lee Dong Wook.

A Romantic Cafe Date With A Fan 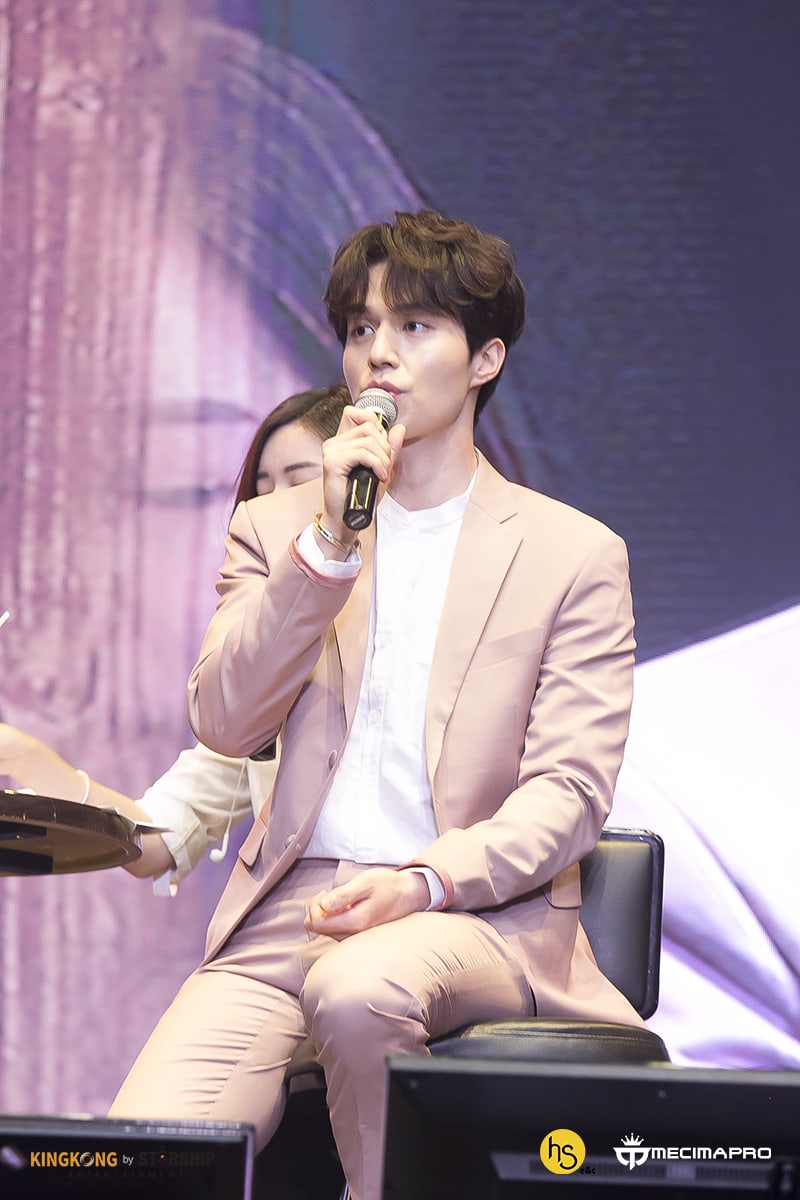 The surprisingly fun parody video made Lee Dong Wook chose the fan behind it to join him on an imaginary date on stage. As “For My Dear in Jakarta” brought the theme of cafe to the stage, the actor and his chosen fan sat opposite each other and had a talk where he asked about how she had created the parody and about her daily life. The fan meeting ended with a sweet performance from Lee Dong Wook himself and also a special video message from Indonesian fans.

Were you at the fan meeting? What were your favorite moments?

The above five moments were made by Rizka for Soompi. Special thanks goes to Mecima Pro for inviting us to to cover the show.