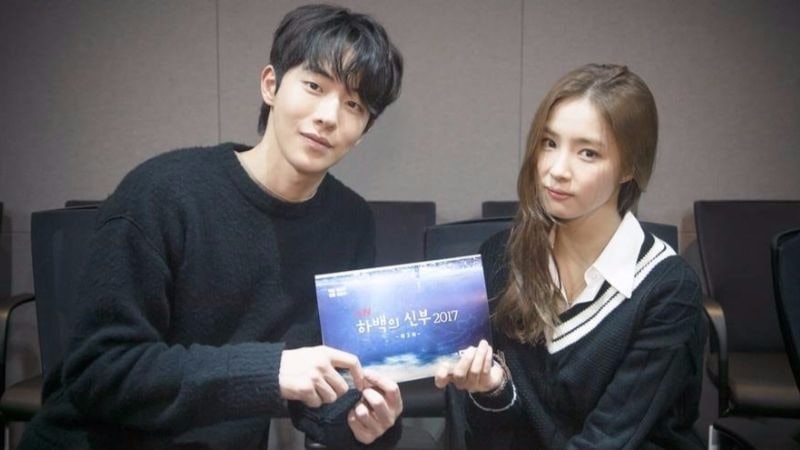 Upcoming drama “Bride of the Water God” has released still cuts of the cast’s first script that took place in March.

Kim Byung Soo started off by saying, “I will work my hardest so we can complete the drama well without any troubles.” Jung Yoon Jung showed her trust in the cast and crew, adding, “If the actors and production team work hard together, a great drama is bound to be born. I hope the incredible passion of the actors can allow us to create something that capture the hearts of viewers.”

Once the script reading began, the facial expressions of the actors completely shifted as they poured in passion for their new characters.

Shin Se Kyung brought her character So Ah to life with expressive emotions and youthful energy. She commented, “Please look forward to the sweet romance with the water god,” hinting at her chemistry with Nam Joo Hyuk.

Nam Joo Hyuk declared, “I will work my hardest,” and showed the thought he put into his character, the water god Ha Baek, with impressive facial expressions and gestures.

Im Joo Hwan, Krystal, and Gong Myung also demonstrated their strong acting skills and unique charms, raising anticipation for the positive result their teamwork will bring to the drama.

“Bride of the Water God” is a modern day adaption of a Korean manhwa of the same title. The tvN drama will air its first episode on July 3 at 10:50 p.m. KST after the conclusion of “Circle.”