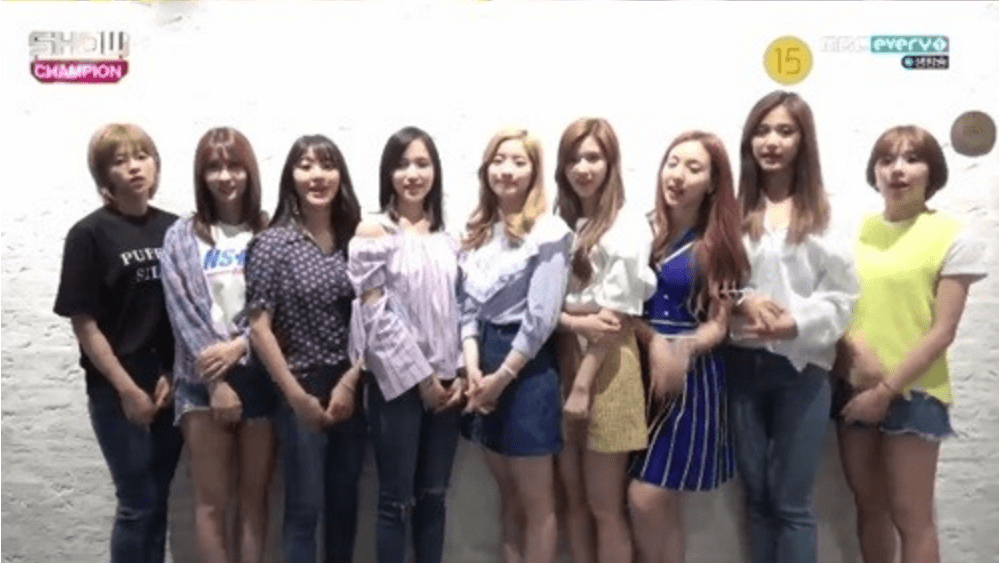 On the May 24 episode of “Show Champion,” TWICE took their first music show win with their latest comeback, “Signal!” 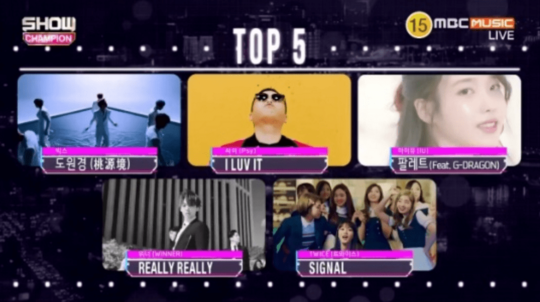 The other nominees for first place were VIXX’s “Shangri-La,” PSY’s “I Luv It,” IU’s “Palette,” and WINNER’s “Really Really.” Although TWICE had pre-recorded their “Signal” performance for the show, they were not present at the live broadcast to accept their trophy due to schedules in Japan and gave their speech in a video instead.

TWICE
VIXX
SEVENTEEN
Show Champion
How does this article make you feel?