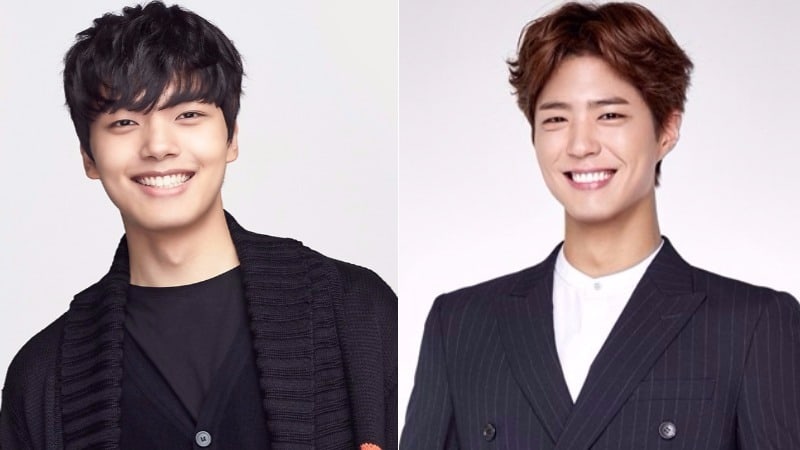 On May 24, Yeo Jin Goo sat down for a promotional interview for his upcoming film “Warriors of the Dawn.”

He recently talked about the food truck that Park Bo Gum sent to the set of the movie, which had drawn curiosity for how they became friends as they have never worked together. Yeo Jin Goo revealed, “I saw him once in awhile at award shows or movie premieres, and I always wanted to become friends with him. I am not someone that easily approaches people, though, but thankfully, he approached me first.”

He also expressed his gratitude for the food truck and left a sweet message, saying, “It’s been a long time since we’ve been able to meet, but I hope to see you soon.”

When asked about the possibility of working with Park Bo Gum in the future, he responded, “I really want to work with him once if the opportunity comes. I think it would be fun, but he is so popular these days, so I don’t know if I can work with him.” He also drew laughter as he shared, “My childhood friends don’t believe that I am actually friends with Park Bo Gum. They ask why he would be friends with someone like me.”

Park Bo Gum
Yeo Jin Goo
How does this article make you feel?