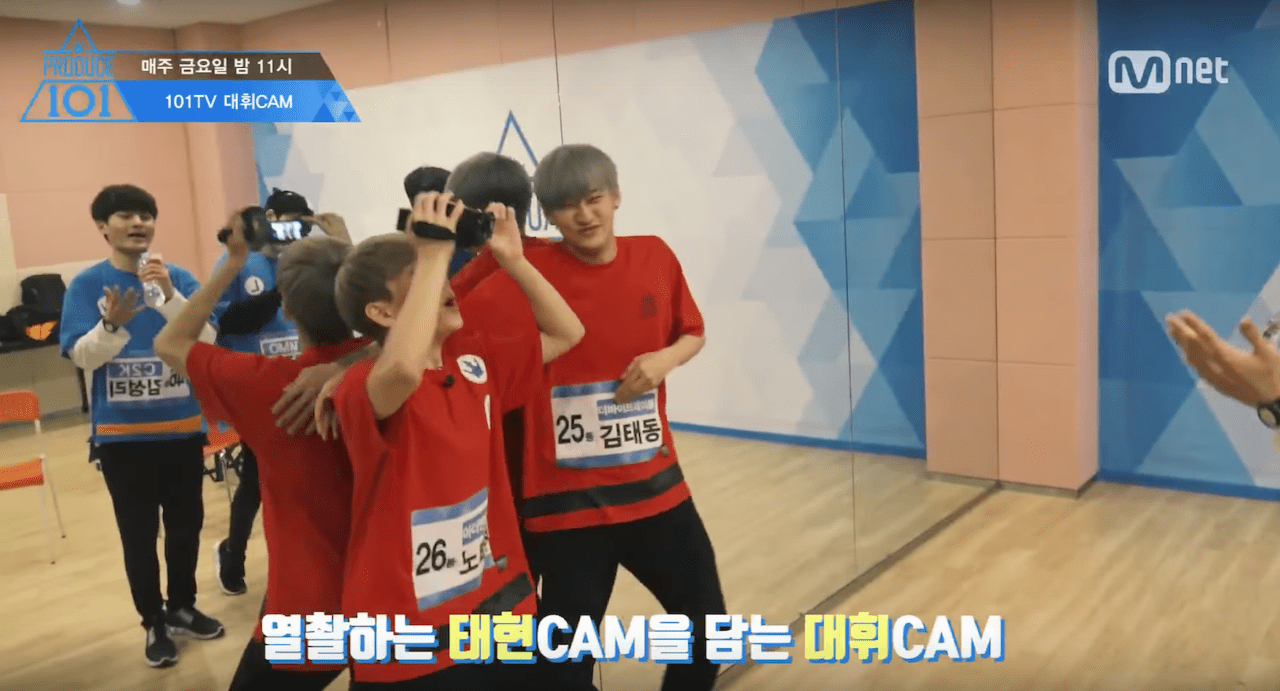 Although Mnet’s official broadcast of the position evaluations on “Produce 101 Season 2” included footage of practice time, they also released up-close-and-personal backstage looks at the trainees on their YouTube channel.

The videos are recorded by the trainees themselves in a “relay camera” format, which understandably gets chaotic as the trainees joke and play around. Each offers an exclusive look at the groups as they are practicing, whether they are throwing themselves into the work, intentionally throwing a note to make the others laugh, playing random songs and dancing around, or attempting to do math.