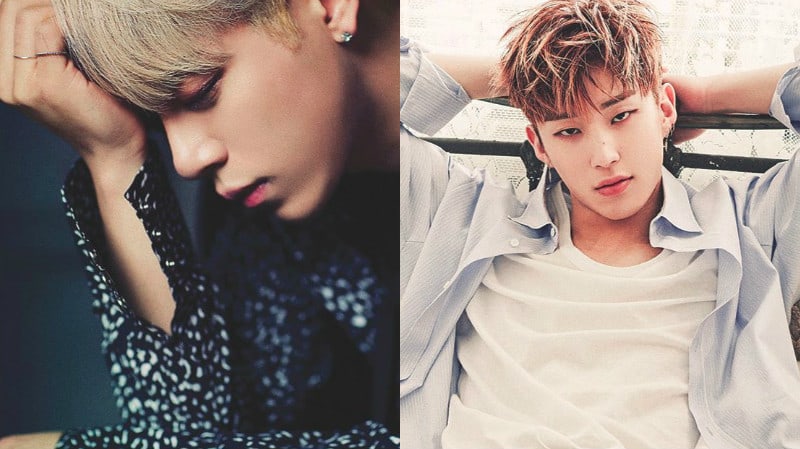 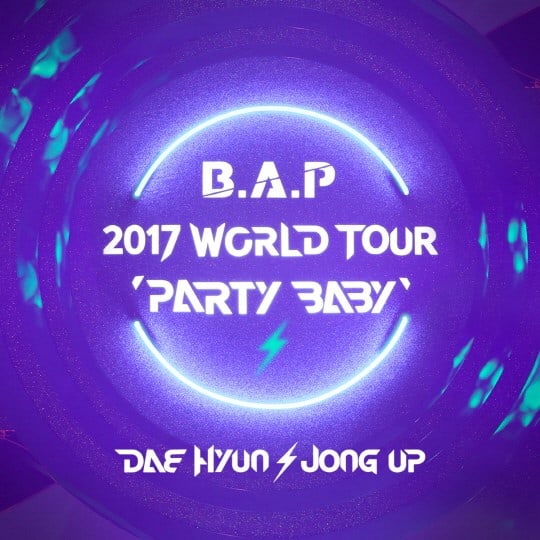 TS Entertainment also shared that Daehyun and Jongup will be promoting on TV for two weeks. Daehyun will showcase his song “Shadow” on MBC’s “Show Champion” on June 7, and Jongup will follow up with his own track “Try MY Luck.”

Daehyun’s solo track “Shadow” compares an unforgettable past lover to a shadow, and the track on the album is an upgraded version of the one that was performed at B.A.P’s recent concert. On the other hand, Jongup’s “Try MY Luck” is a dynamic PB R&B song with a sophisticated synth sound.

Daehyun and Jongup’s new album “Party Baby” will be released on June 8 at 6 p.m. KST.

B.A.P has now released two teaser images for Daehyun and Jongup’s project album, as well as some details about the release!

The project album appears to be entitled “Party Baby” (the same name as the group’s 2017 world tour) and will feature two solo songs that were performed at the show by the guys. Daehyun’s track is an album version of his self-composed song “Shadow” featuring Zelo, and Jongup’s song is entitled “Try MY Luck.” 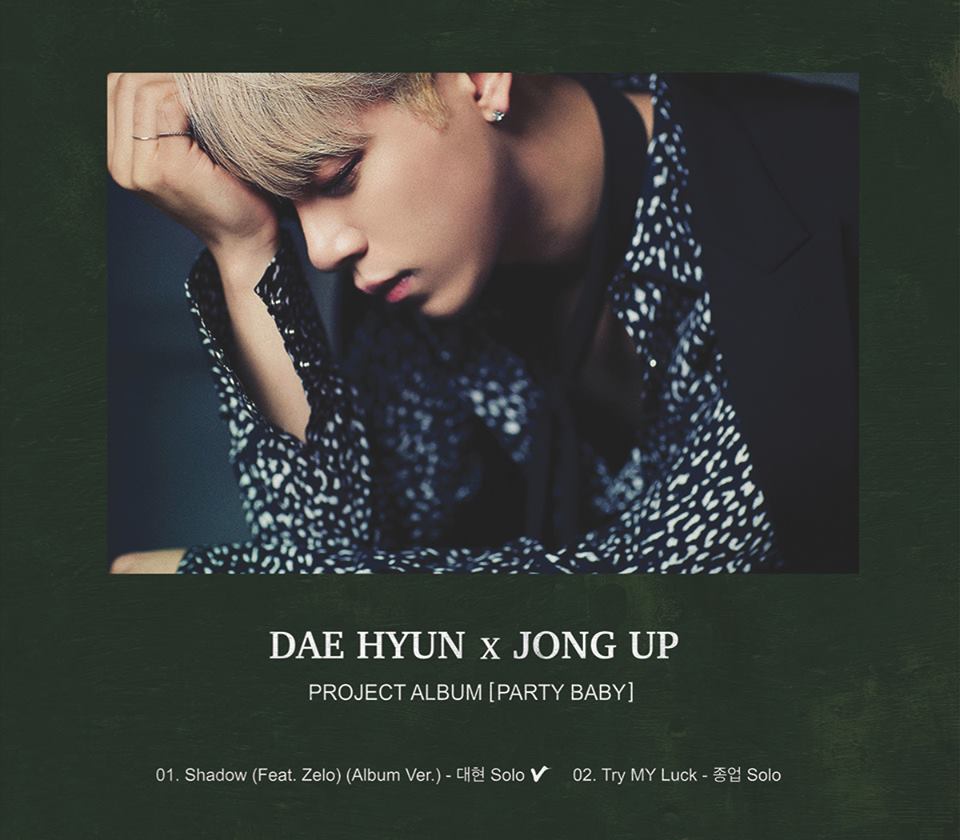 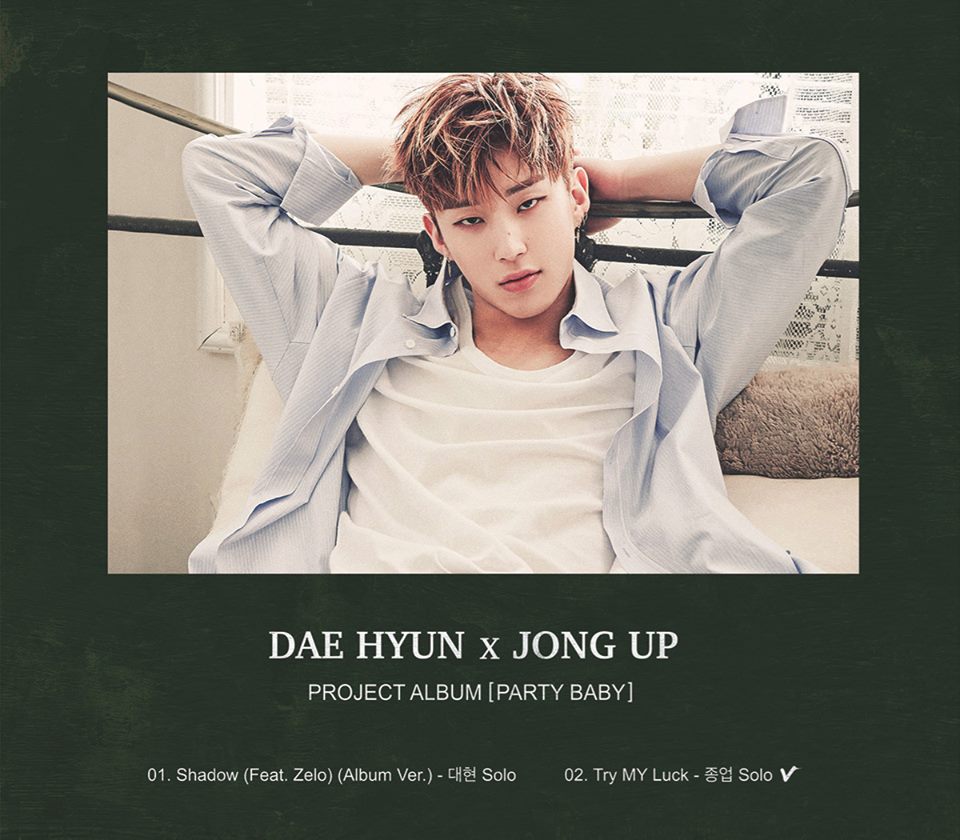 B.A.P’s Daehyun and Jongup are collaborating on an exciting new project!

On May 26, TS Entertainment posted a simple teaser image that announces that Daehyun and Jongup will be releasing a project album. With no further details, we’ll have to wait to see what this pair has in store! 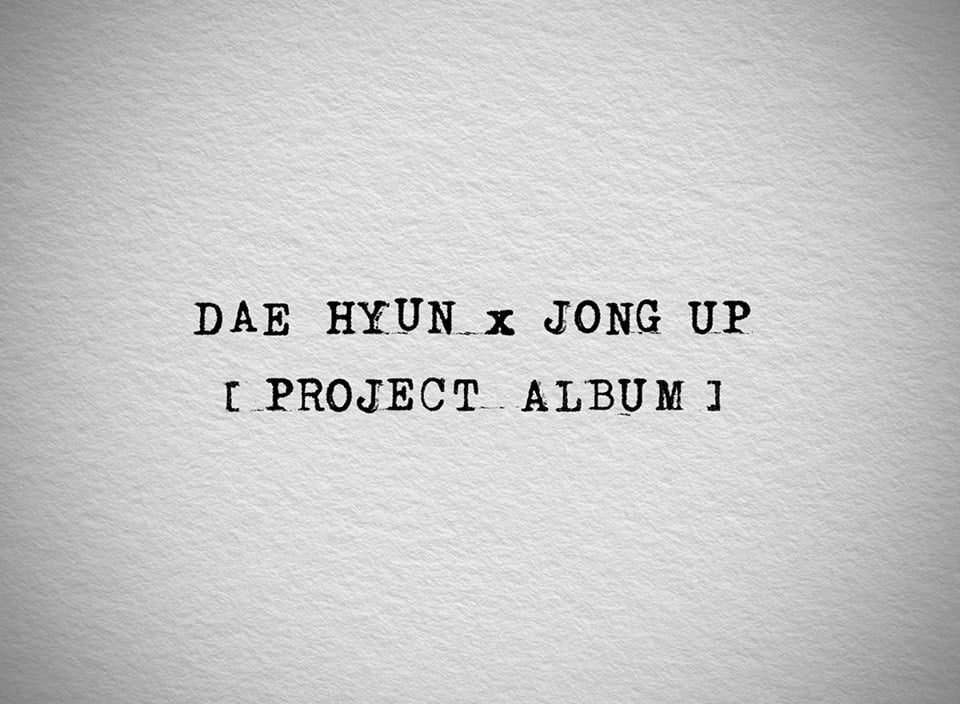 B.A.P most recently made a comeback in March with their single album “Rose,” which features the title track “Wake Me Up.”

Are you excited to hear Daehyun and Jongup’s collaboration?

B.A.P
Daehyun
Jongup
How does this article make you feel?