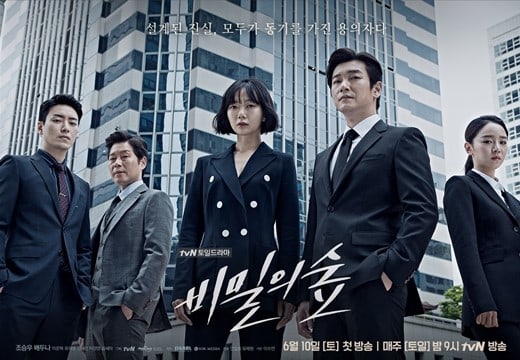 The photo shoot for the posters was held long after filming for the drama had ended, but the cast members chatted, joked around, and danced to the music playing in the background as if they had never parted ways. Cho Seung Woo, Bae Doona, Yoo Jae Myung, Lee Joon Hyuk, and Shin Hye Sun were the perfect ensemble, falling right into character as soon as the cameras were turned on. 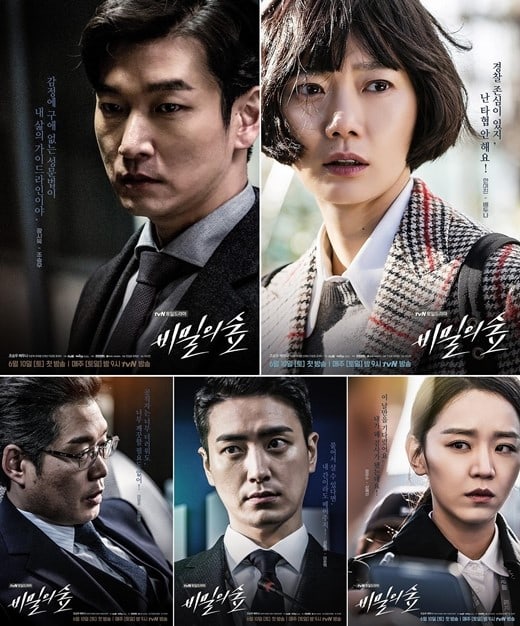 True to their tagline of “A fabricated truth, everyone is a suspect with a motive,” the characters are full of mystery and charisma in their individual posters. Cho Seung Woo puts on a cold face and empty gaze as prosecutor Hwang Shi Mok as his poster reads, “Laws are unaffected by emotions and they are the guidelines of my life.” On the other hand, Bae Doona will play the warm and positive detective Han Yeo Jin and her tagline says, “I have my pride as a police officer, I won’t compromise!”

The staff of “Forest of Secrets” stated, “Despite the fact that it had been a while since filming for the drama had wrapped up, each cast member fell into character immediately and created posters that were better than what we could have hoped for. The drama is set to begin airing soon, and we will do our best to create a great production.”