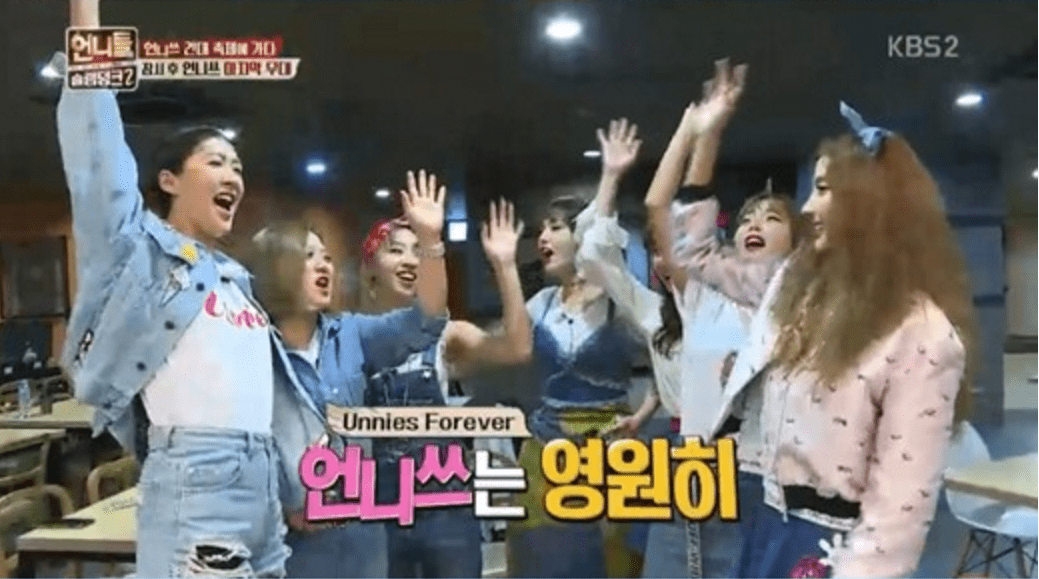 Unnies From “Sister’s Slam Dunk Season 2” Put On Their Last Performance And Carry Out No. 1 Promise

On May 26, “Sister’s Slam Dunk Season 2” aired their final episode, with the Unnies heading to a festival at Konkuk University to put on their last performance as a group.

The episode began, however, with the Unnies carrying out their promise to wear hanbok [traditional clothing] and perform their dance in public if their single “Right?” got No. 1 on the music charts.

So on Monday morning, the Unnies split up and carried out their promise separately in various places in Seoul. 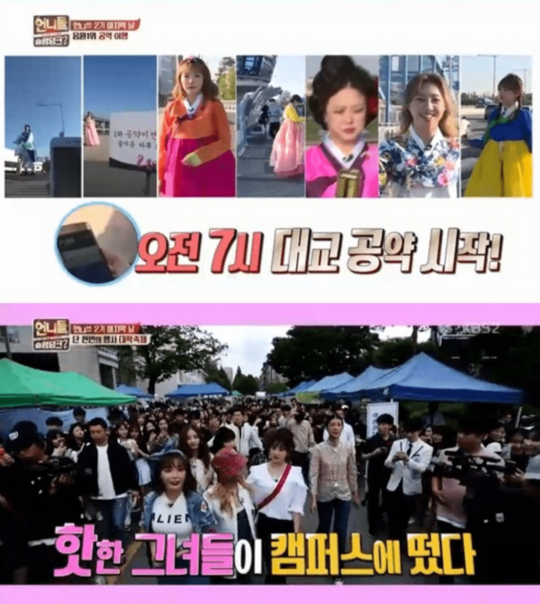 The concert at Konkuk University was a “talk concert,” meaning that each of the members took the time to talk to the young students about various topics that they “struggled” with during the show. Hong Jin Kyung was in charge of the topic of “challenge,” Kang Ye Won was in charge of “diet,” Gong Minzy was in charge of “music,” and Jeon Somi was in charge of “dating.” They took questions from the audience and gave out life advice. 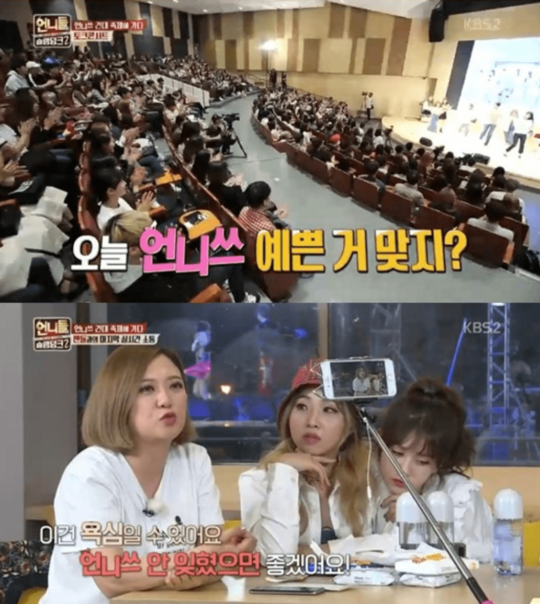 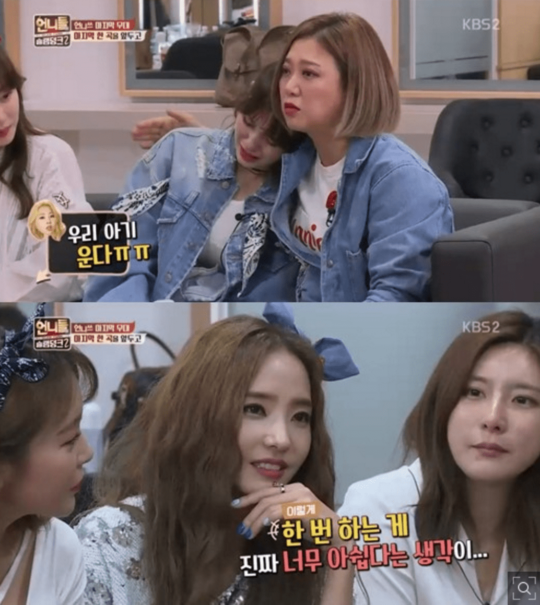 After performing their two songs, “La La La Song” and “Right?,” Hong Jin Young said tearfully, “After standing on stage alone for so long, the time that I got to share the stage with everyone was too short.”

Gong Minzy said, “I felt pressure from my solo debut as well as carrying the name of ‘2NE1,’ but with the Unnies I could laugh naturally. That made me really happy.”

Hong Jin Kyung said, “Personally, this was a hard time in my life but I was able to forget it all through filming.” Jeon Somi said, “I thought to myself, ‘Why is everything temporary with me?’ That made me sad. I’ve met some really good older sisters in my life. They were very dependable.”

Kang Ye Won said, “I don’t think of this as the last. Meeting people like this isn’t easy and I really want to go up until Season 10.” Han Chae Young said, “I thought it was really regretful that we only get to do this once.”

You can watch the last episode of “Sister’s Slam Dunk Season 2” on Viki below: