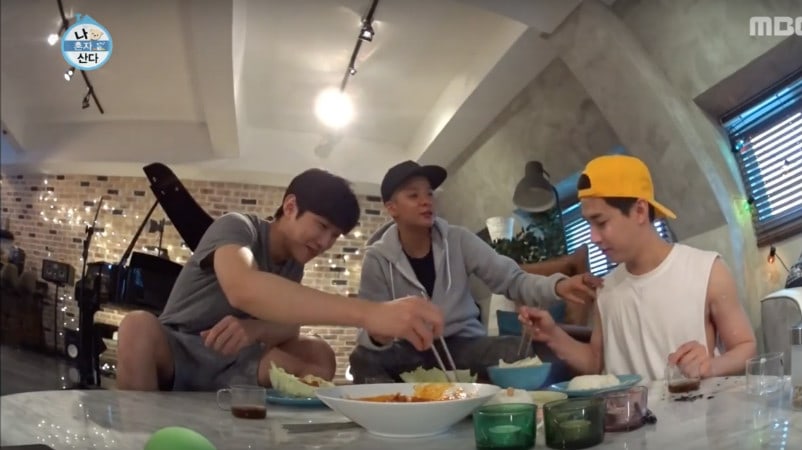 f(x)’s Amber finally made an appearance on “I Live Alone” after Henry bothered her about it for quite some time.

On the May 26 broadcast of MBC’s “I Live Alone,” Henry invited his best friend, B1A4’s Jinyoung, to help him paint his house. The two worked on painting, but when Henry started to feel hungry, Jinyoung began to cook with the ingredients he brought over.

While Jinyoung was cooking, Henry called his other friend Amber via FaceTime, as he does in every single episode of “I Live Alone.” He invited her over to his place, and Amber later revealed that she was a little upset with Henry because he had moved into his new home several months ago, but waited until now to invite her over.

However, they put all of this behind them and the three friends enjoyed the meal that Jinyoung prepared, complimenting him on his cooking skills. The trio ended the segment by dancing to B1A4’s songs.