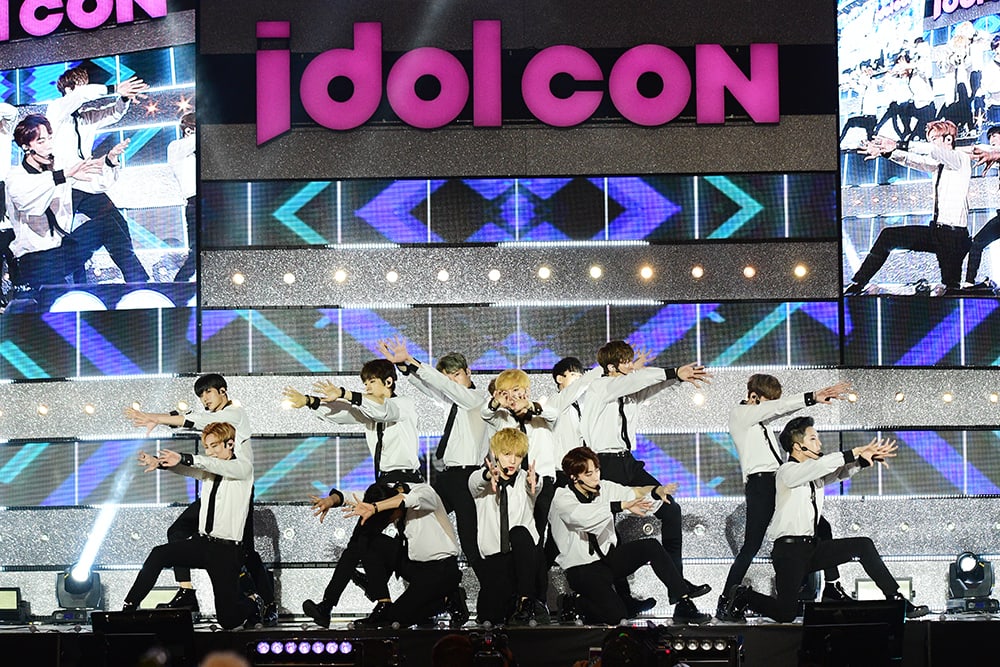 After attending the first day of Mnet’s K-pop idol convention Idolcon, Soompi also went to the second day of Idolcon today on May 27! 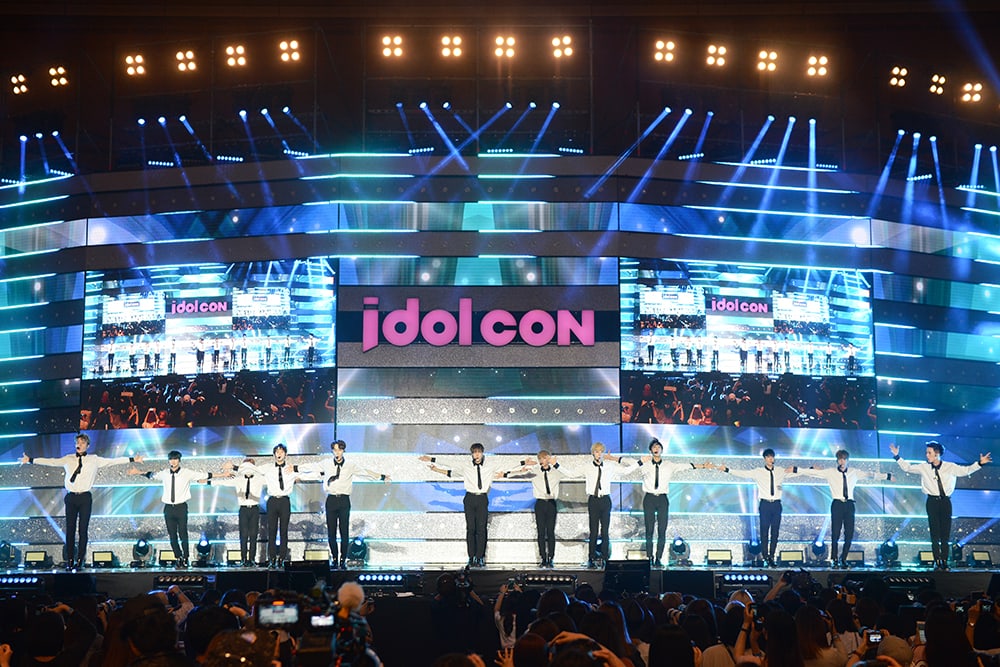 Both days of Idolcon took place at COEX’s D Hall and auditorium. Similar to the first day, the second day consisted of events like performances by some of our favorite idols, vocal and dance workshops, booths from various agencies, fan signing events, mini fan meetings, talk shows, and more. Some of today’s performers were Oh My Girl, I, Block B’s Bastarz, PENTAGON, BOYS24, MASC, and KNK. 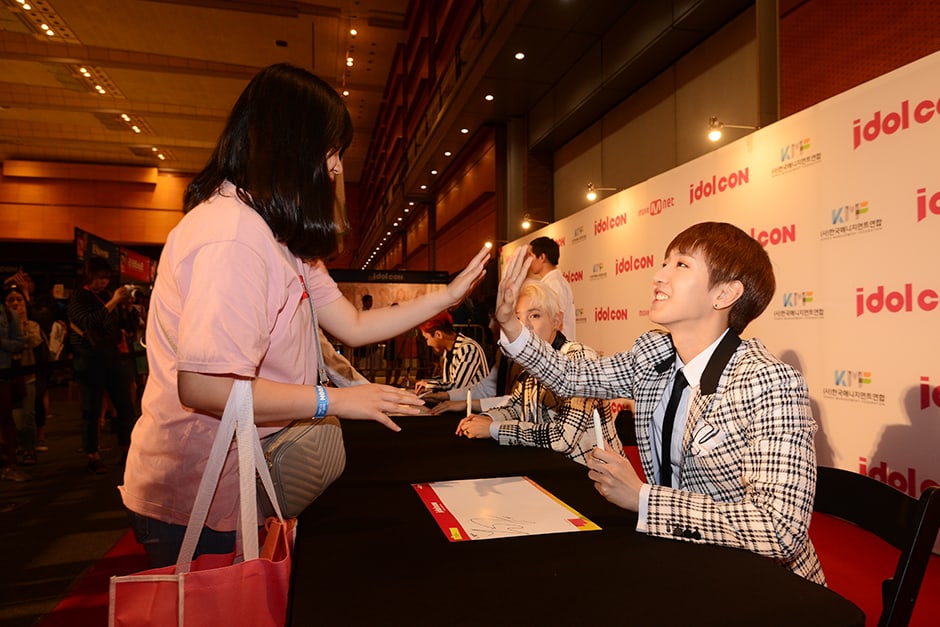 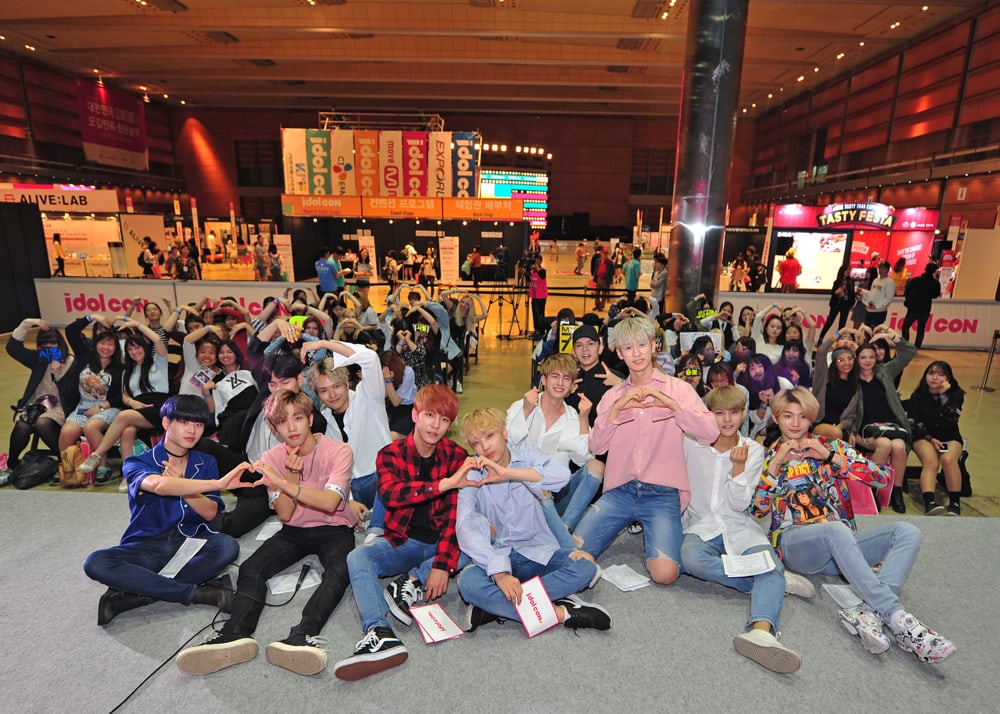 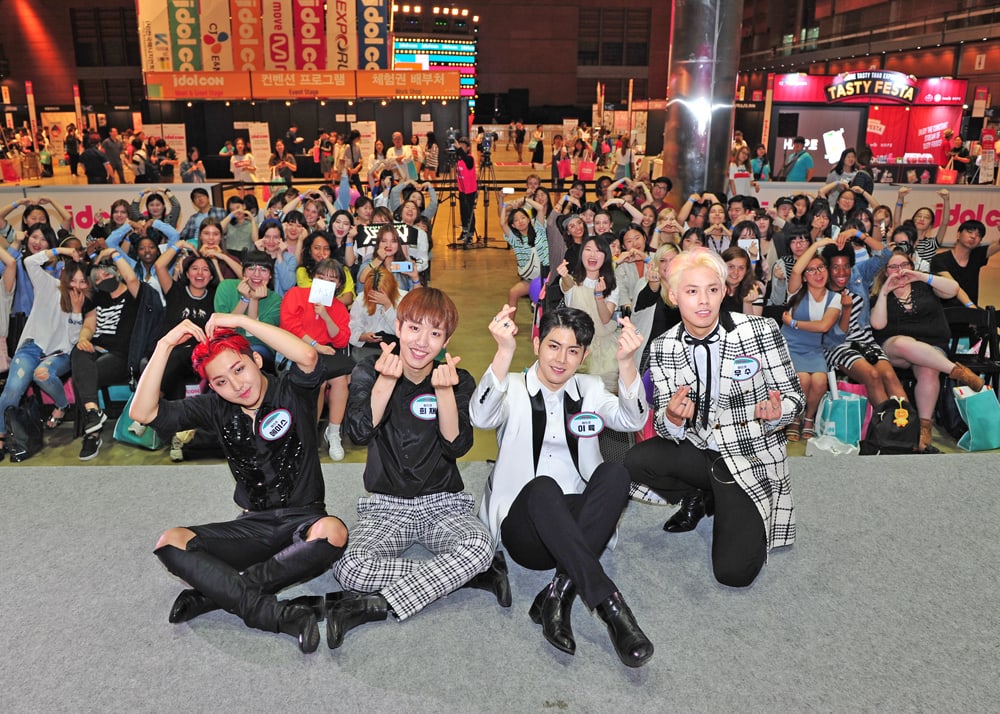 Oh My Girl, I, Block B’s Bastarz, and PENTAGON had their own special talk show concerts in which they performed a couple of songs, answered interview questions, and played games hosted by MC Kim Shin Young.

Singer I made a special appearance at Oh My Girl’s concert, performing “I Wish.” She also performed her song “My Melody” for the first time ever, making the concert all the more special. 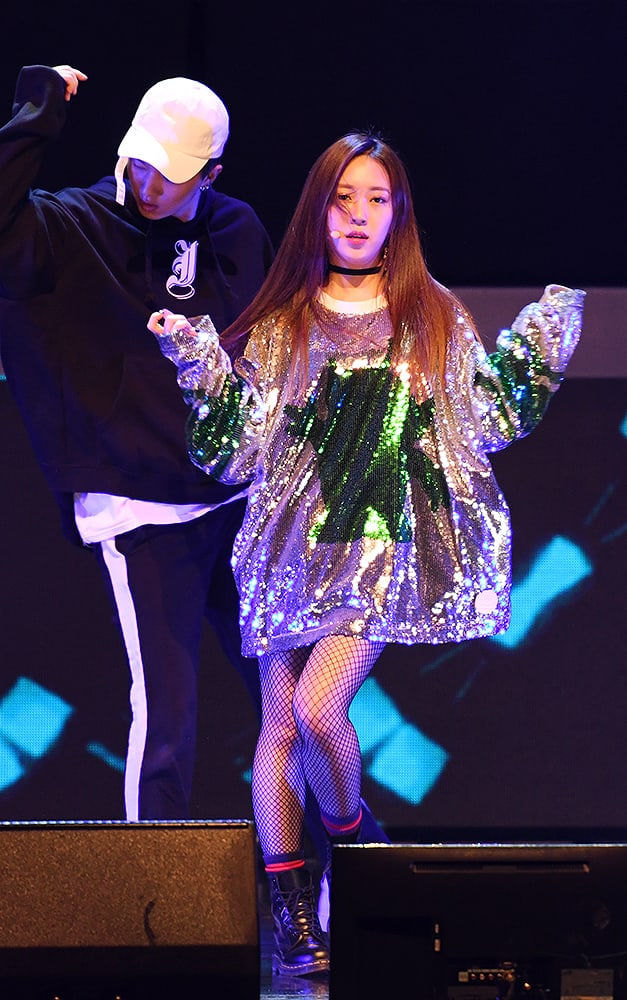 Oh My Girl first performed “Cupid” and followed up with “Liar Liar,” “Windy Day,” “Coloring Book,” and “Closer.” In between songs, they took some time to answer fun questions about the members. In response to a question asking who showers the least often, they chose Mimi, who apparently always throws herself on the sofa after a long day of activities and falls asleep without cleaning herself. They continued to tease Mimi about it, but they clarified that everyone in Oh My Girl takes a shower everyday. 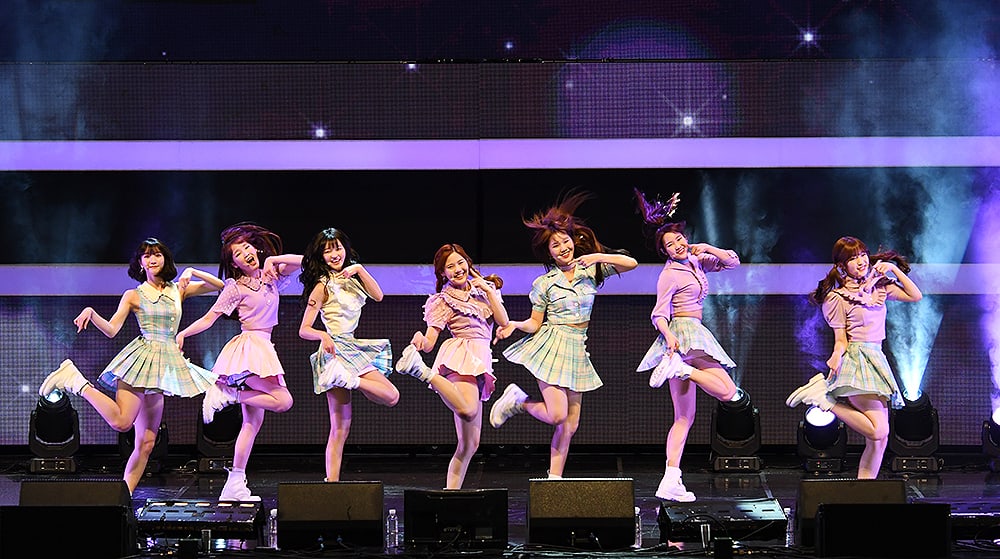 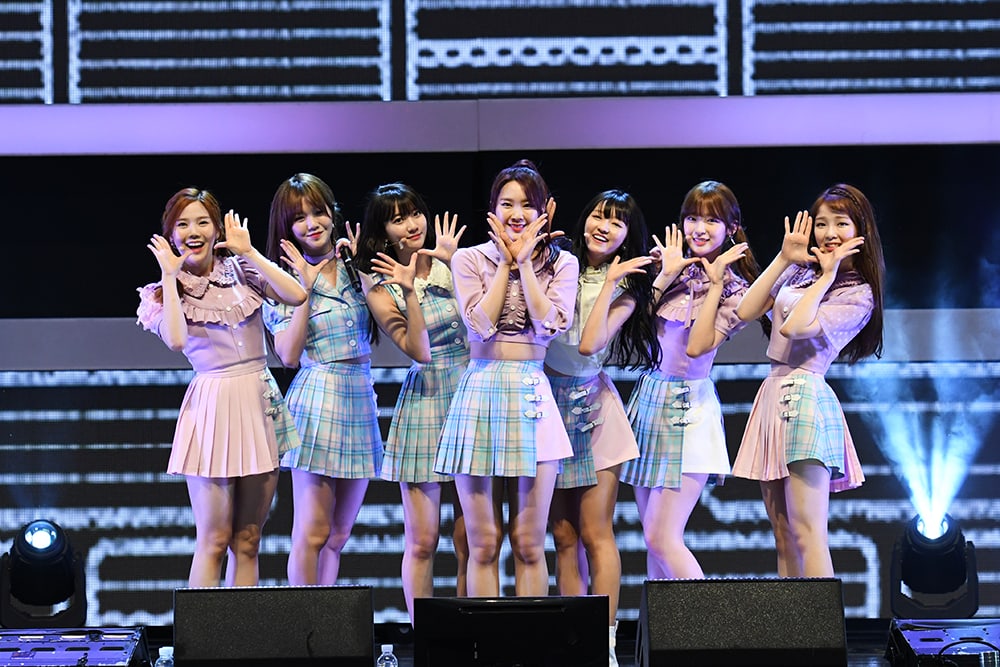 Block B’s sub-unit Bastarz was next up for an exclusive talk concert. They brought their carefree and rebellious energy to the stage, making everyone laugh with their funny answers to interview questions. When MC Kim Shin Young asked when Bastarz will be making a comeback, B-Bomb hilariously and realistically replied, “When Zico writes a song for us.” Bastarz pleased the eyes and ears of their fans today with performances of “Make It Rain,” “Charlie Chaplin,” “Tightly,” “That’s Right,” and “Zero for Conduct.” 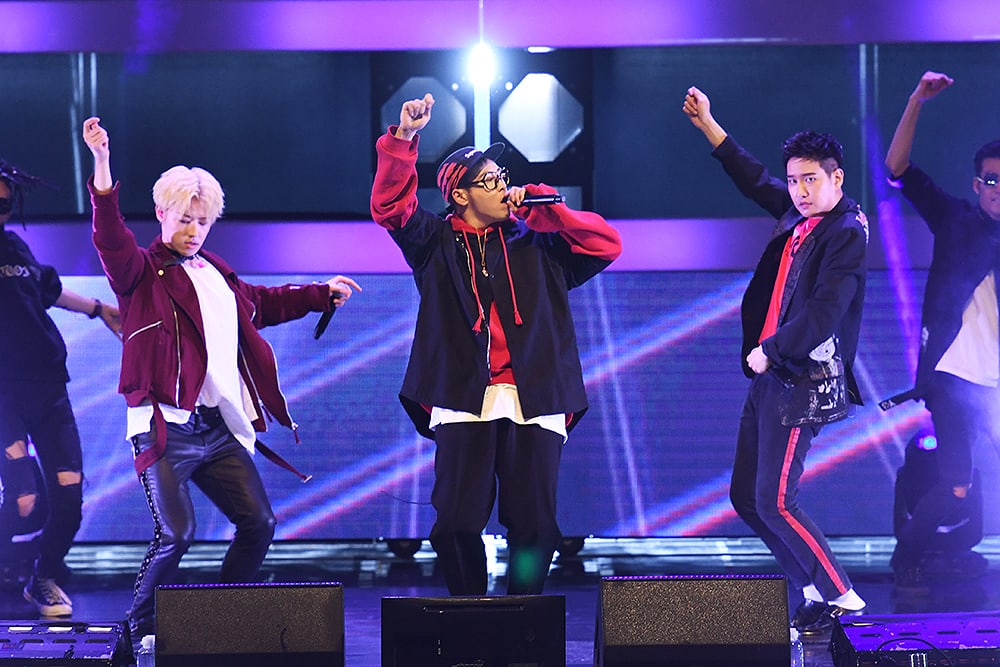 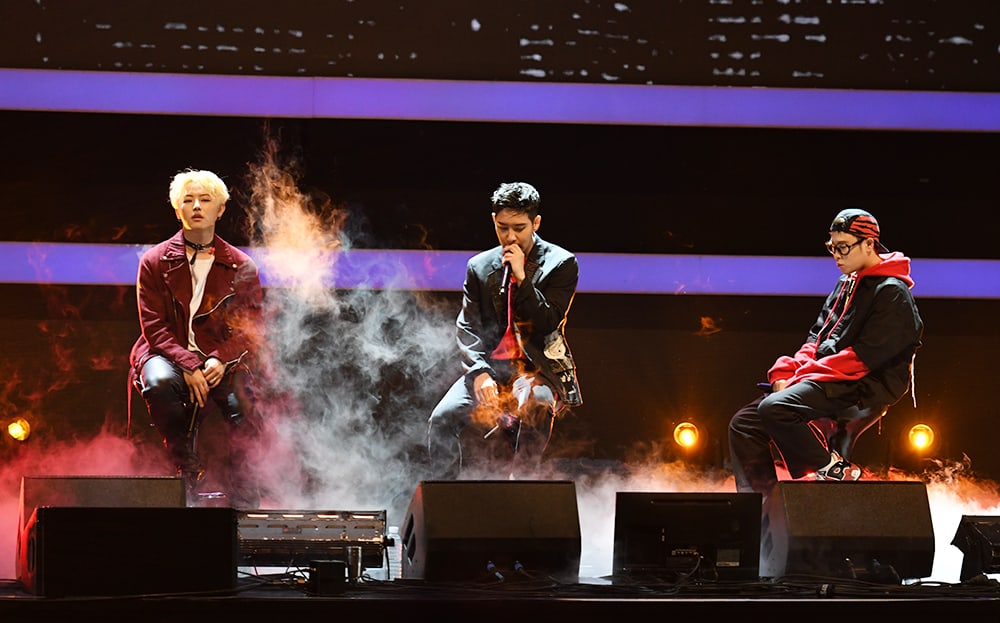 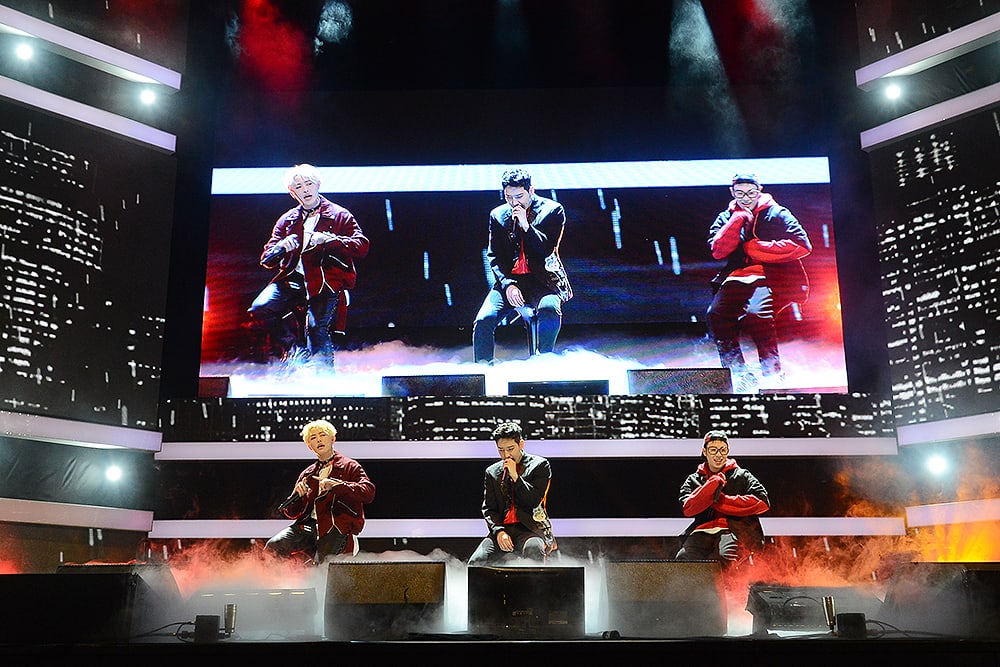 Last but not least, PENTAGON held their concert and made their fans go wild with their synchronized choreography. In addition to performing “Wake Up,” “Pentagon,” “Gorilla,” “Can You Feel It” and “Pretty Pretty,” they also had a fun time creating acrostic poems from random fan-submitted words like “pikachu,” or member Kino’s little sister’s name. MC Kim Shin Young also asked them about their musical preferences, and each members’ preferences varied from Shinwon’s gloomy songs to Yeo One’s uplifting band tracks. 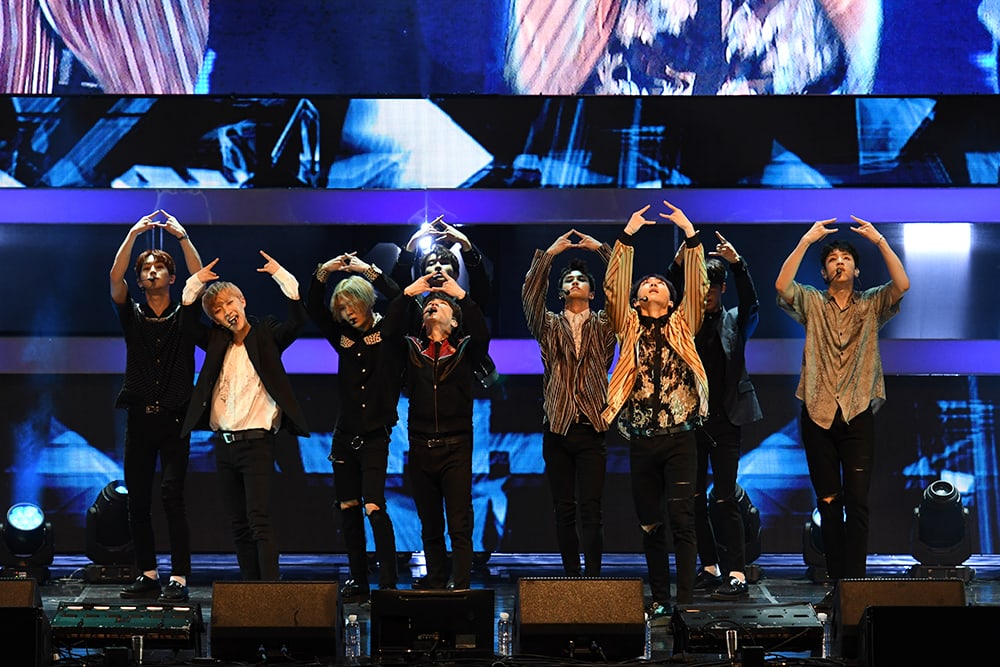 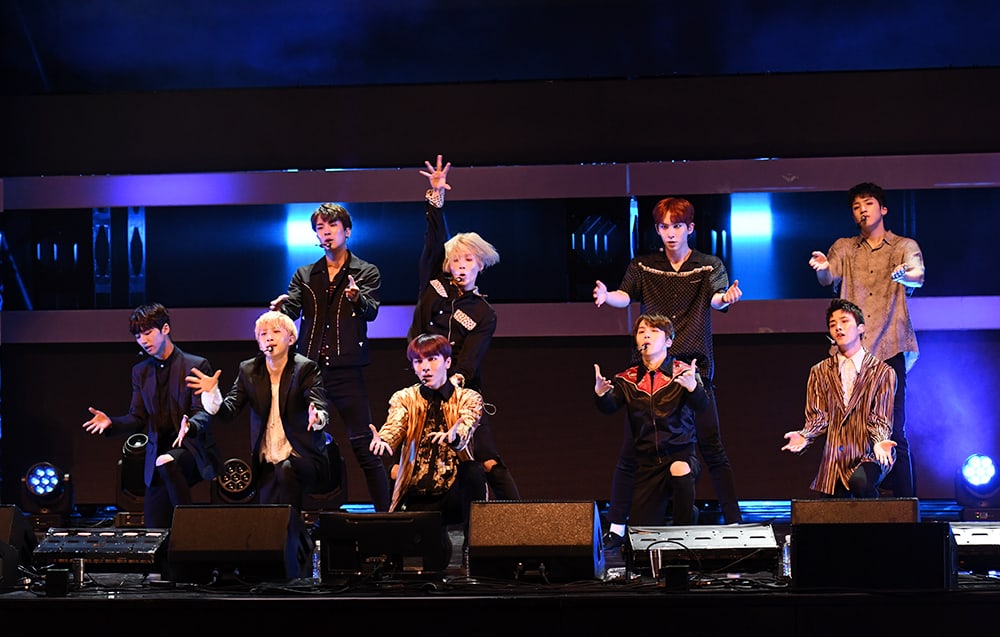 Performances are not the only attractions fans can enjoy at Idolcon. Also available are other booths where fans can try a variety of different foods, buy albums, and receive free goods. Mnet’s Idolcon ran for two days on May 26 and 27.

If any of you were at Idolcon on either day, share your experience in the comments below!

Oh My Girl
Block B
Bastarz
BOYS24
MASC
VARSITY
Idolcon
I (Cha Yoon Ji)
How does this article make you feel?