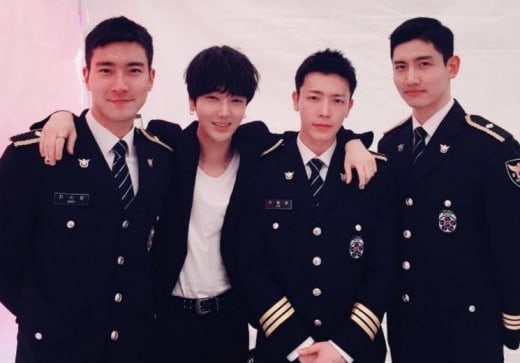 Super Junior’s Yesung shared a photo of himself with fellow bandmates Choi Siwon and Donghae, as well as TVXQ’s Changmin, on his personal Instagram account on May 27 with the caption “U clean Concert #Whistle #superjunior #tvxq.”

All four singers were brought together for the U Clean Concert, which is an annual festival aimed at creating a safe digital space for teenagers without fear or cyberbullying. Choi Siwon, Donghae, and Changmin attended the event as part of the Seoul Metropolitan Police Agency’s special promotions unit “Whistle.”

This year’s lineup featured artists like PRISTIN, SNUPER, Mad Clown, Yesung, and a performance by “Whistle.” 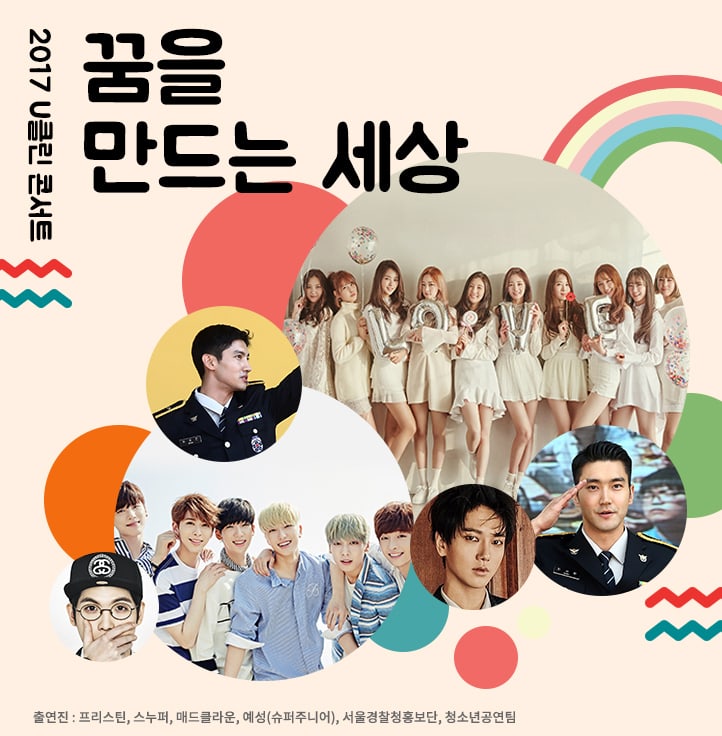 Donghae is set to be discharged from the military in July while Choi Siwon and Changmin will both be ending their mandatory military service in August. Both TVXQ and Super Junior are set to make comebacks in 2017.