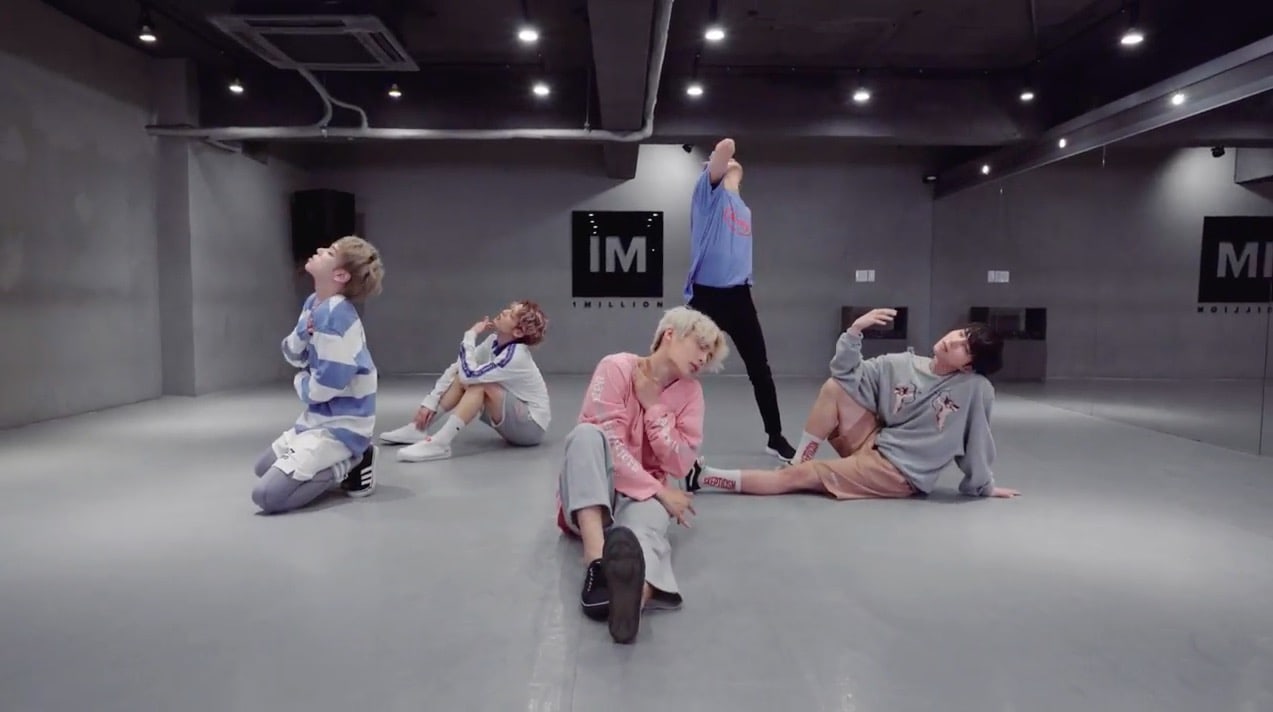 Fans of A.C.E and their debut track “Cactus” are in for a treat with a fantastic dance practice video taken at one of the most famous studios in Korea!

On May 27, 1MILLION Dance Studio shared a video of A.C.E performing “Cactus,” and officially revealed that the choreography was put together by the studio’s own Lia Kim and Koosung Jung. Lia Kim has been behind the choreography for hits such as TWICE’s “TT” and “Like OOH-AHH,” I.O.I’s “Very Very Very,” and many more, while Koosung Jung’s own innovative choreography has garnered several millions of views on YouTube.

The five members of A.C.E (Jun, Donghun, Wow, Jason, and Chan) are well known for their dancing talents after making a name for themselves online through their busking performances of dances by groups such as BTS and EXO. The members have also performed in previous videos uploaded by 1MILLION Dance Studio (including leader Jun teaching a dance with Lia Kim), making the fact that they got to showcase their debut track’s choreography at the studio even more special.

In the newly released video, A.C.E puts their all into the dance, showing off the skills they’re known for and absolutely radiating charisma. Check it out below!

A.C.E made their debut on May 23 by releasing the mesmerizing MV for “Cactus,” and is currently promoting the track on music shows. Want to know more about A.C.E? Read what they had to say about their inspirations, idol friends, and future goals at their debut showcase here.