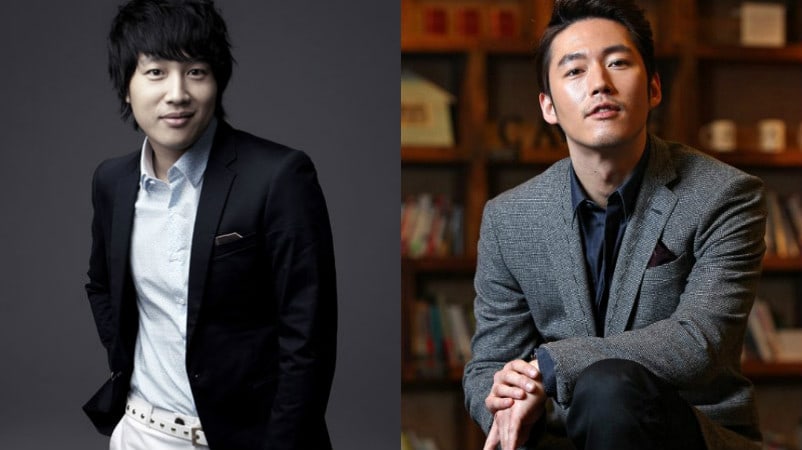 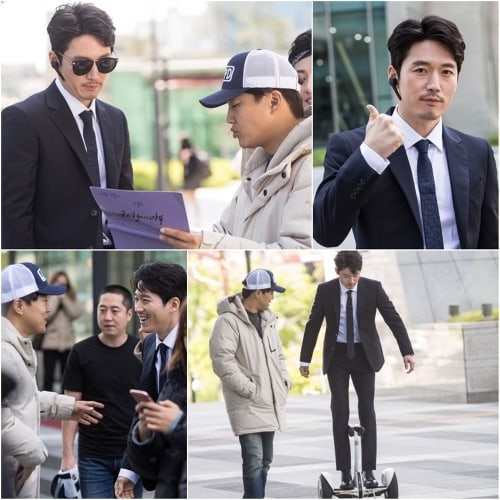 The photo has been gaining a lot of attention because the two actors, who are known to be very close friends, look very happy to see each other. Also, this will be the first time they meet as actor and director because Cha Tae Hyun will be directing the drama.

Jang Hyuk will be making a special appearance on the second episode of “Greatest One-Shot” out of loyalty to his friend Cha Tae Hyun. A representative from the drama said, “Although Jang Hyuk was contacted just one day before the filming date, he was more than happy to get on board. He previously also made a last-minute cameo on ‘Producer,'” thanking him for his kindness.

The representative also revealed that Cha Tae Hyun put in a lot of effort to make Jang Hyuk’s character appear very cool in the drama. “The two were like kids happily playing together. You can immediately tell that they are good friends and their chemistry is great. They were both actively spitting out ideas for how to shoot the scene,” said the representative.