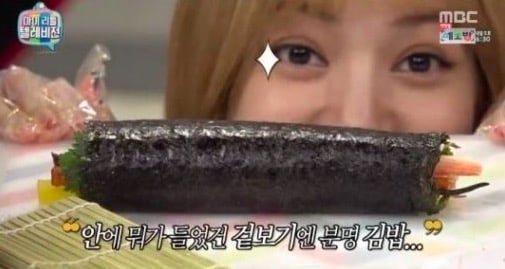 On the May 27 broadcast of MBC’s “My Little Television,” the BLACKPINK members introduced some foods that might help your body combat pollution and fine dust, such as mackerel and pears.

Lisa then took on the challenge of making a Thai-Korean fusion dish by making a mackerel kimbap. On the standard sheet of seaweed with rice on it, she used dried radish, pear, mackerel, coriander, and other equally strange ingredients before rolling it up, creating a dish that surely no one has ever seen before. 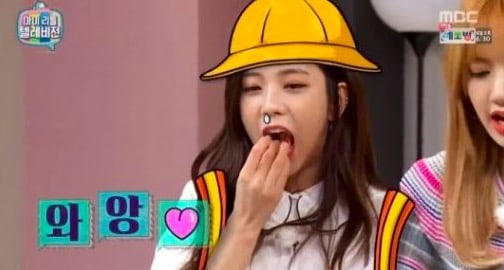 The members then shockingly went on to use cooking oil instead of sesame oil to flavor the outside of the kimbap before feeding it to the staff. To much laughter, the staff who ate the dish couldn’t stop drinking water to wash it down.

However, one writer had compliments for Lisa, saying, “It’s definitely a Korean dish but it smells Thai. It feels like eating Korean food in Thailand.”

Meanwhile, BLACKPINK took first place in both the first and latter half of the show.

Watch the latest episode of “My Little Television” starring BLACKPINK below!

BLACKPINK
Lisa
My Little Television
How does this article make you feel?