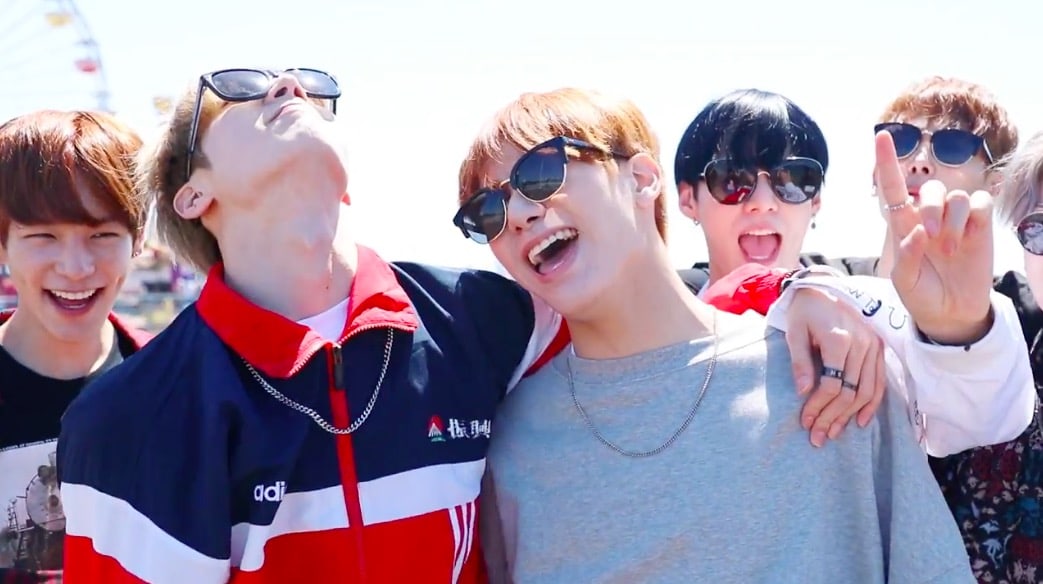 Watch: VICTON Takes You Along On Their Trip To California In “Just Come” MV

VICTON has given fans a behind-the-scenes look at their first group trip to the United States in a new music video!

Their new music video is for VICTON’s song “Just Come,” which they previously released via their SoundCloud account as a gift for fans. The song was produced by BEOMXNANG along with the guys of VICTON!

The “Making M/V” for “Just Come” features footage from VICTON’s trip to California last month, where they went to perform at the famous Hollywood Bowl during the Korea Times Music Festival as well as take classes at a dance academy. The video shows the guys having a great time as they attend a baseball game, explore the Santa Monica Pier, check out all the sights, goof around in their hotel, perform at the festival, and more!

VICTON is a rookie boy group under Plan A Entertainment that made their debut last November and has already released two mini albums. They most recently made a comeback in March with their title track “Eyez Eyez” off their mini album “Ready.”