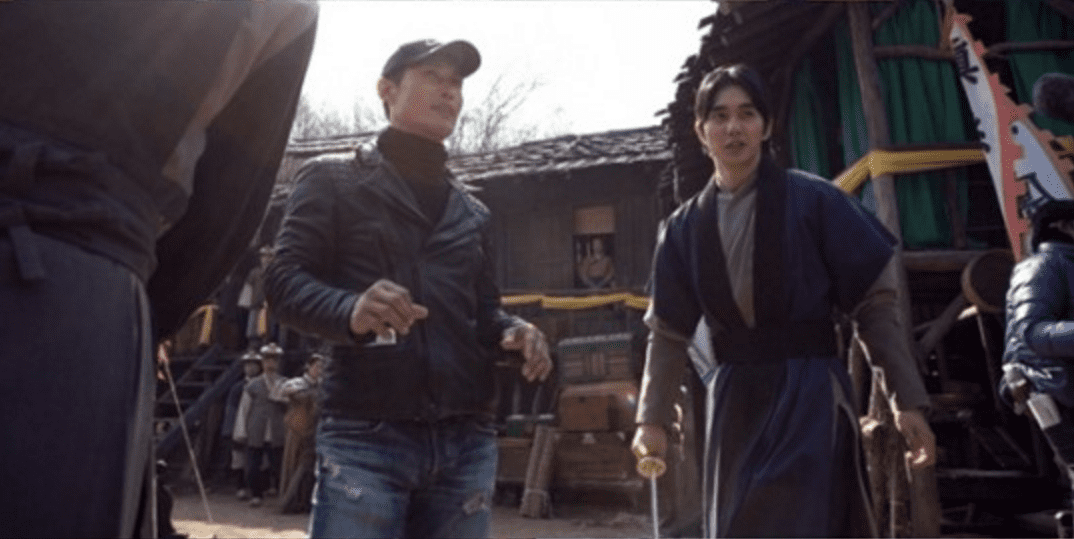 Actor Yoo Seung Ho is proving to be quite handy with a sword!

On May 28, the production staff of MBC drama “Ruler: Master of the Mask” (written by Park Hye Jin and Jung Hae Ri and directed by No Do Chul and Park Won Guk) released some behind-the-scenes stills of Yoo Seung Ho preparing for a swordfight scene. 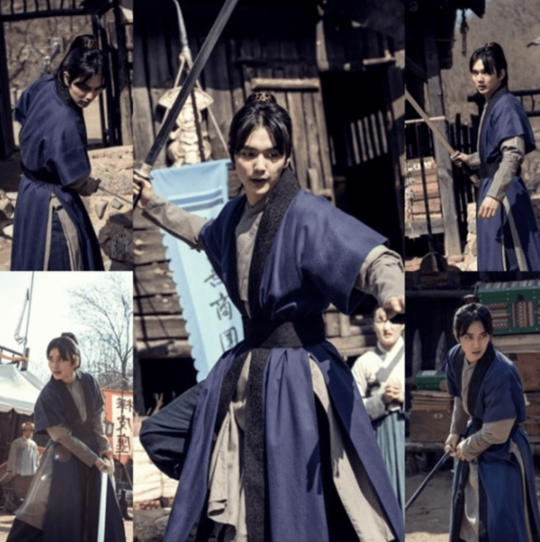 “Ruler: Master of the Mask” has been No. 1 in its time slot for viewership ratings for three weeks in a row as Yoo Seung Ho stars as a prince trying to save his people from a corrupt and powerful elite. The behind-the-scenes stills are from Episode 11, where Yoo Seung Ho spars with one of his guards, played by Shin Hyun Soo.

The scene was filmed on March 30 and despite the shortness of the scene Yoo Seung Ho made sure to rehearse with the martial arts director Jung Doo Hong. Jung Doo Hong also appears in the drama as one of the palace guards, Lee Beom Woo.

Jung Doo Hong said, “Even though there wasn’t a lot of practice time in the busy filming schedule, Yoo Seung Ho and the other actors kept up well. Yoo Seung Ho is strong and his body is light so he has a talent for action scenes. He has a talent for being able to match up with other people. He’s also done action scenes in historical dramas before so he has experience.”

The production staff added, “Yoo Seung Ho throws himself into every action scene without hesitation, whether it’s sword fighting or horse riding. He practices all the time and is always ready to put in the effort.”

“Ruler: Master of the Mask” airs every Wednesday and Thursday at 10 p.m. KST.