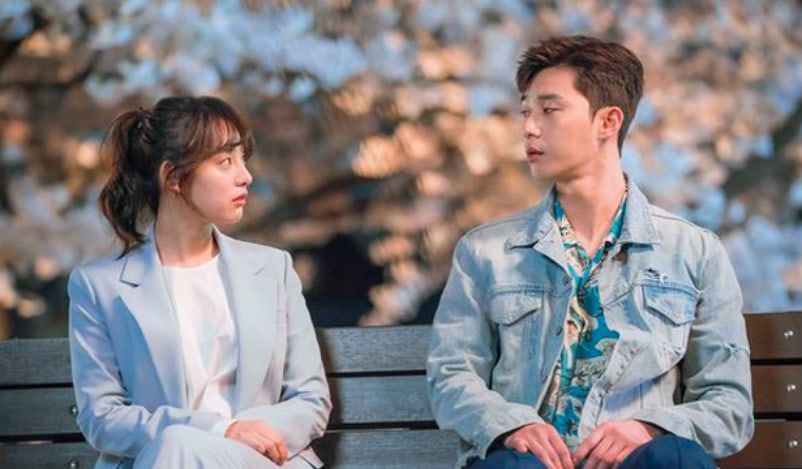 Park Seo Joon Or Kim Ji Won: Who Will Fall For Who On “Fight My Way”

KBS 2TV’s newest drama, “Fight My Way” is about a guy, Go Dong Man (Park Seo Jun) and a girl, Choi Ae Ra (Kim Ji Won) who have been friends for 20 years. The two fight a lot and say that they only see each other as just friends, but it is inevitable that one will fall for the other sooner or later.

Some people are making the case for Go Dong Man and saying that he will be the first to fall in love. This is because although he acts like he is repulsed by Choi Ae Ra’s cuteness and puts her in a headlock whenever she tries to act cute, he also really looks out for her. When he catches other guys staring at her legs at a restaurant, he finds an excuse to switch seats with her. And when Ae Ra calls him to ask him to pick her up from an embarrassing situation, the way he runs to save her is something a boyfriend would do, rather than just a guy friend.

However, others are making the case that Choi Ae Ra will be the first to fall. She recently got dumped by her younger boyfriend, who had been cheating on her. When Dong Man comes to comfort her after the break-up, she starts to blush as he pats her head. And when he points out that she is turning red, she acts defensively and snaps at him.

Finally, others are saying that they are already in love, and just don’t know it yet. Because the two were friends for such a long time, they don’t realize that they have feelings towards each other, even though the feelings could be there already. And the only way to find out which one of these theories is true will be to tune into the show.