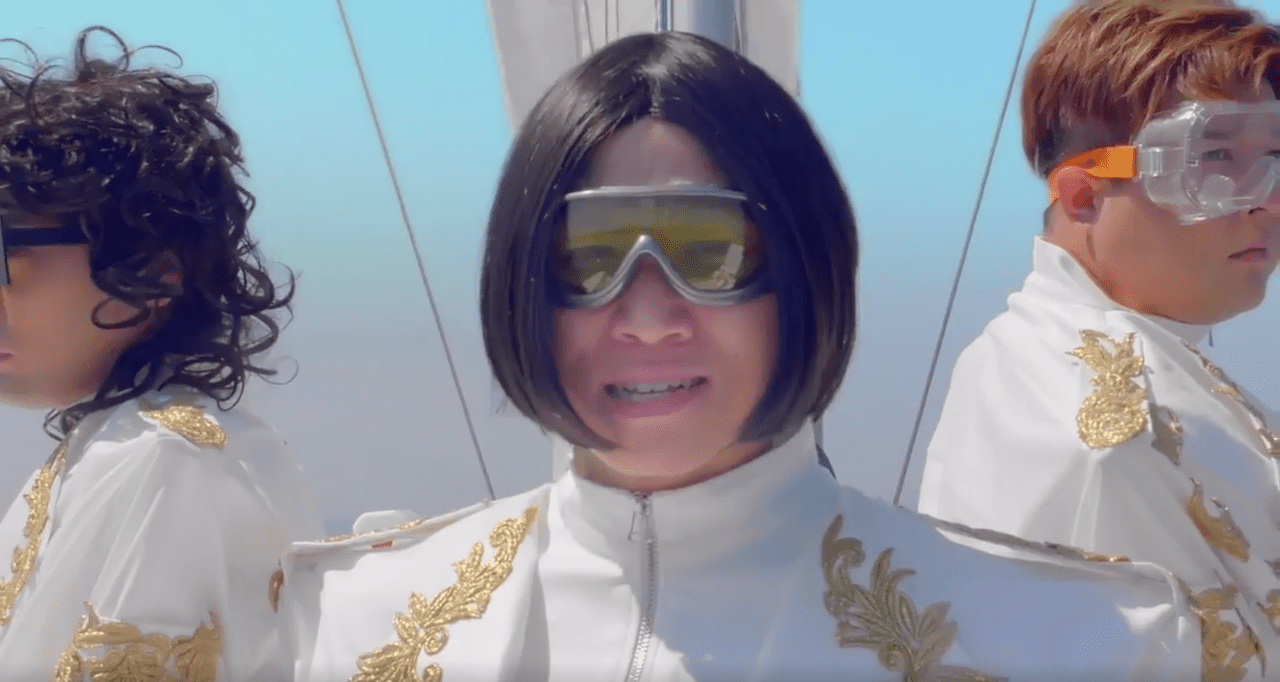 SM Station’s upcoming release, a collaboration between Super Junior’s Shindong and UV, continues to build up the laughs, even as the three artists look deadly serious.

The new teaser continues the Power Rangers-esque, electronic vibe of the teasers as the three men energetically run around the beach and strike weird poses with their unique eyewear.

Super Junior’s Shindong and UV have released a new teaser video for their upcoming song “Marry Man,” with the guys’ performance even cracking up the crew! Watch it below.

Super Junior’s Shindong and UV’s collaboration is looking more epic and more hilarious than ever!

In the second teaser, UV’s Muzi and Yoo Se Yoon pop up out of the water in a reverse time-effect and strike a Power Rangers-style pose with Shindong. The voice in the background says, “If you want to marry Shindong, call Marry Man!”

The collaboration is part of SM Entertainment’s SM Station project and will be released on June 2 at 6 p.m. KST.

Super Junior’s Shindong and duo UV will be putting both their comedic and musical talents to good use in their upcoming collaboration!

On May 29, SM STATION released a teaser video for the trio’s new song “Marry Man,” which is due out on June 2 at 6 p.m. KST as part of the digital music channel’s regular releases. SM STATION describes “Marry Man” as a exciting “funky dance” song designed to be sung at a wedding to congratulate the bride and groom.

The video features audio of the guys announcing the details about their track, with footage of them in ridiculous costumes as they run after a couple in a go-cart.

UV is a duo known for their parody tracks, and is composed of comedian Yoo Se Yoon and hip-hop musician Muzi. You may remember them from their popular collaboration with Park Jin Young entitled “Itaewon Freedom”! Meanwhile, Shindong is gearing up to make a comeback with Super Junior in the second half of 2017.

Super Junior
Shindong
UV
How does this article make you feel?