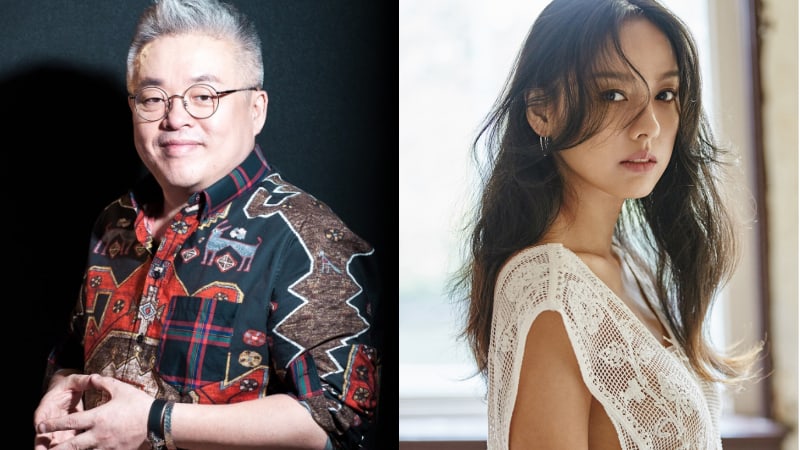 After being out of the spotlight for four years, Lee Hyori is finally making a comeback this summer.

Last November, she signed with Kiwi Media Group in preparation for her return to the industry. Kim Hyung Suk, producer and head of the agency, recently sat down for an interview and revealed details on her comeback.

Regarding her upcoming album, he shared, “Her new album is really true to herself. She will showcase music that only she can do at her age. While being an icon in the industry, she left for Jeju Island and spent four years there, also doing a lot of volunteer work. These are authentic stories that only Lee Hyori can tell.”

Kim Hyung Suk also revealed that she participated in writing the music and lyrics for the entire album, working with composer Kim Do Hyun who wrote her hit track “10 Minutes.” He hinted, “The genre probably won’t be ballad. Very unique music will be released.”

When asked about the fashion choices for her comeback, he responded, “We were considering working with top designers of luxury brands, but that wasn’t what she wanted. She was able to convince us so that even her fashion could be her authentic self.”

Kim Hyung Suk also talked highly of her future as an artist, commenting, “I believe that an artist can really shine if she looks beyond the stage, taking time to self-reflect and explore different points of view. Lee Hyori constantly thinks about what she can accomplish as an artist off-stage. I think she has been very well executing the transition from commercial idol to artist.”

Along with the release of new music, Lee Hyori will also be return to variety shows with upcoming reality show “Hyori’s Home Stay” and a guest appearance on “Infinite Challenge.”

Are you looking forward to Lee Hyori’s comeback?

Kim Hyung Suk
Lee Hyori
How does this article make you feel?