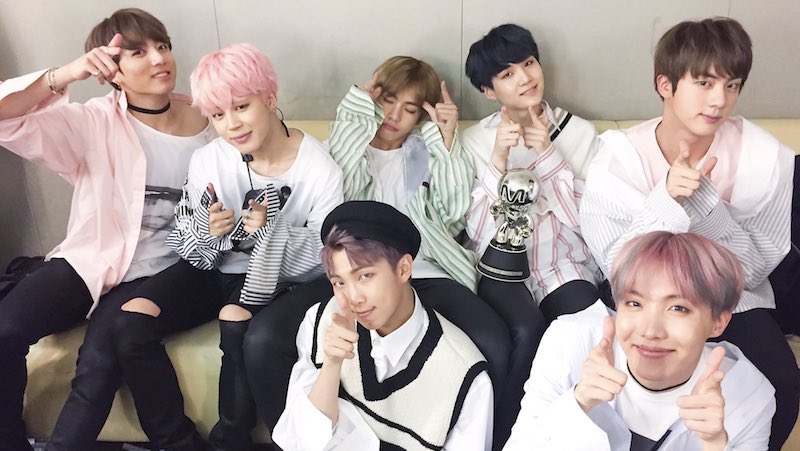 BTS Shares Advice On How To Learn Korean

BTS has some tips for fans who are trying to learn Korean!

The members were asked during a recent interview to give some advice to English-speaking fans who want to learn the Korean language. Rap Monster summarized the question to his fellow members as, “What’s something that you’d say someone should definitely do if they’re trying to learn Korean?”

“Body language,” replied V. Suga said, “I think they would learn the fastest if they went to Korea and lived there.”

“I recommend watching Korean films!” said J-Hope, and Rap Monster mentioned that Jungkook had also had a similar suggestion.

Rap Monster himself, who’s known for his impressive foreign language skills, said that memorizing vocabulary and watching movies at the same time is the perfect way to learn the language.

Are you studying Korean? What’s your strategy?