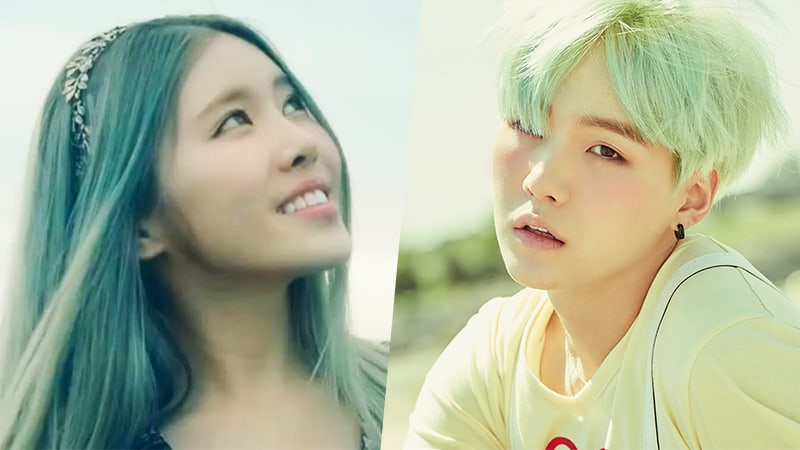 During her listening event for her first mini-album “Walkin,” Suran talked about working with BTS’s Suga, who produced her chart-topping pre-release track “Wine.”

The singer stated, “I think, from a commercial standpoint, it is true that we were able to see those sorts of results because I collaborated with BTS’s Suga; however, I did not choose to work with him for marketing purposes. Rather, I wanted to work with a variety of artists and experience the creative process for producing different kinds of music.”

She continued, “Suga is the protégé of a rapper I am close with, which is how Suga first asked me to feature on his mixtape. It’s true that having him as a producer has marketing weight behind it; however, not even my company knew that he was my producer before we were finished creating the song. It was only after my company found out that I realized how big of a deal it was.”

Meanwhile, Suran also talked about what it was like working with Dean, who produced and featured on the title track “1+1=0” from her mini-album, which is set to be released on June 2 at 6 p.m. KST.

BTS
Suga
Suran
How does this article make you feel?