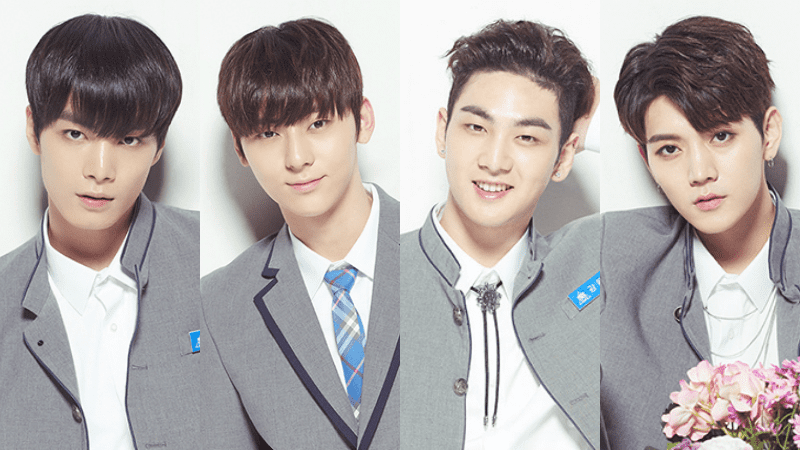 NU’EST’s agency Pledis Entertainment and a representative of Mnet’s “Produce 101 Season 2” have now responded to reports that one of the group’s previous albums is being reissued.

Four of the members of NU’EST are currently competing in Mnet’s competition show “Produce 101 Season 2,” where they’re vying for spots in a project boy group. Recently, a music website was said to be taking orders for a reissued version of NU’EST’s 2015 Japanese single album “Bridge the World,” claiming that it was set to be released in Korea in June.

A controversy stirred as many netizens identified this as a violation of the NU’EST members’ contracts with “Produce 101 Season 2.” It was also argued that considering the show is designed as a survival competition with the aim of debuting idols, it doesn’t seem fitting that the competitors would be releasing albums while on the show. Some netizens even started petitions calling for the NU’EST members to either leave the show or receive penalties.

“Produce 101 Season 2” has now responded to the rumors of the album rerelease. A representative stated, “This is something that the album distribution company has done independently, and Pledis has requested that they cease sales.” It appears that the NU’EST members will not be penalized.

Pledis Entertainment has also stated, “This NU’EST album re-release was not something that was requested by our agency. We were also shocked when we heard about this.”

Meanwhile, the members of NU’EST have been doing very well on “Produce 101 Season 2,” with Kim Jong Hyun currently in first place and his fellow competing members grabbing high spots in the top 35.

NU'EST
Produce 101 Season 2
How does this article make you feel?