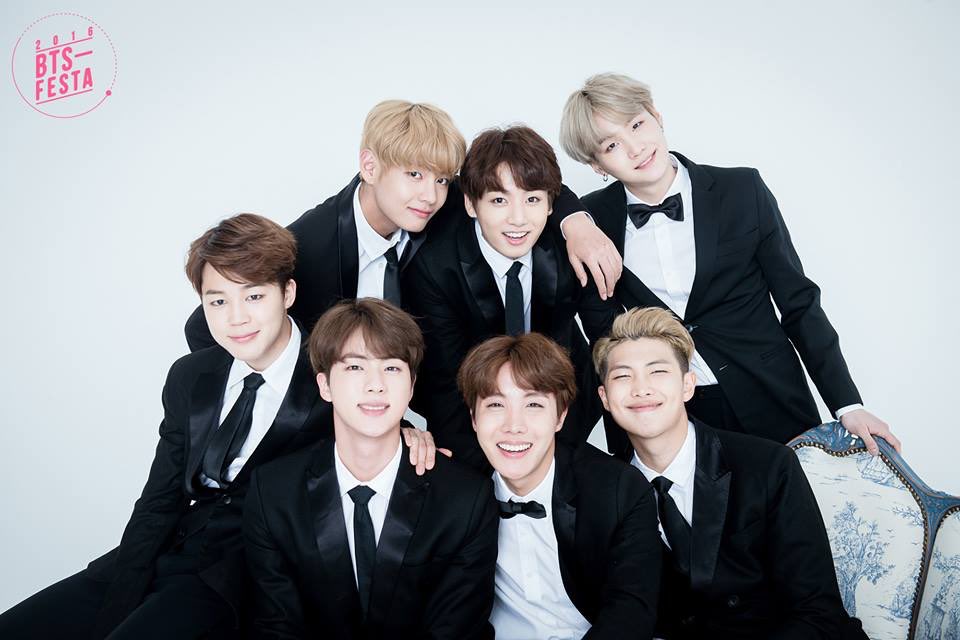 With their fourth anniversary coming up in two weeks, BTS has begun their annual celebration called the “BTS Festa”!

The group previously released a schedule for their festa that is jam-packed with promised gifts of new content for fans, including choreography videos, photos, and much more.

On June 1 at midnight KST, they got the party started with an official “Opening Ceremony” skit, which is a clip featuring the guys talking about what they’ve got planned for this year.

The skit includes Rap Monster saying he’s teamed up with V to work on something cool. “We haven’t heard the song yet either, so I’m really curious,” says Jimin.

Jin says he has something planned that he’s thinking about, and Suga says, “I’m going to be the main character.” Jimin admits, “I’m most looking forward to Suga’s.”

The members talk about how popular J-Hope has been lately, as well as share how excited they are about each other’s upcoming content. “I think the reactions will be good, I think they’ll like it a lot,” says Rap Monster, before BTS cheers each other on and heads off to take photos.

BTS is a group housed under Big Hit Entertainment that made their debut on June 13 of 2013 with their first title track “No More Dream.” They have since skyrocketed to international fame, most recently becoming the first K-pop group to take home a trophy at the Billboard Music Awards, and are currently on a concert tour in Japan.

What part of the 2017 BTS Festa are you most excited for?