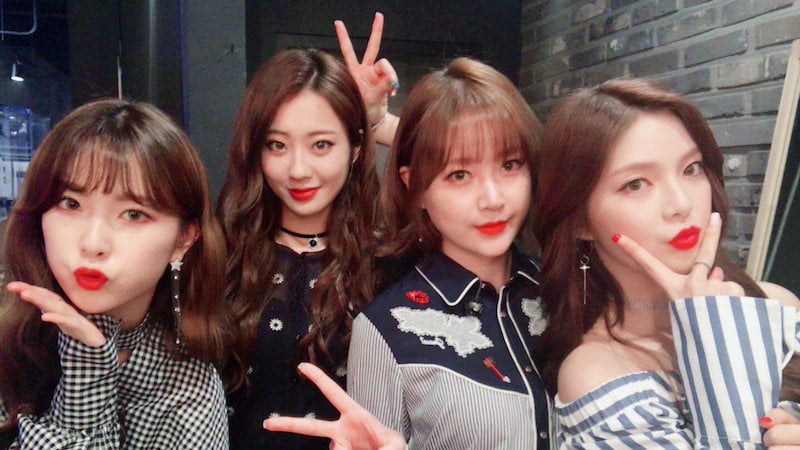 9MUSES will be promoting as a four-member group for an indeterminate amount of time, beginning with this comeback.

Star Empire made the announcement shortly after revealing a teaser and comeback schedule for 9MUSES on June 1 at midnight KST. The agency clarified that Sungah would be focusing on her individual activities and studies for the time being, and that the group would continue on as four.

“Hello. This is Star Empire.”

“It has been decided after a long period of deliberation that 9MUSES will return with a new album and promote as 9MUSES, rather than as special unit 9MUSES A as previously announced.”

“For this album, Kyungri, Hyemi, Sojin, and Geumjo will be carrying out promotions for this comeback as four, without Sungah.”

“After much discussion between ourselves and Sungah regarding her future, we judged it was right for her to focus on her studies in music and recent start in DJ-ing, in addition to her individual activities, and the agency has unsparingly decided to support her as well.”

“We ask that you show interest in and look warmly upon Sungah, who is starting on a new challenge. We will work hard to be able to bring you good news regarding Sungah as soon as possible.”

“We also ask that you hold high expectations for 9MUSES’s new album, which will be released on June 19.”

As announced, 9MUSES will be returning on June 19, the first comeback since November 2015 as 9MUSES, rather than a unit.