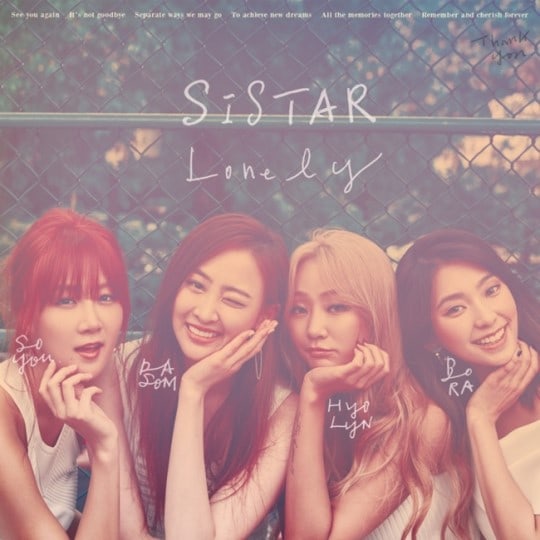 You can’t welcome summer without a successful SISTAR track, and their newest (and sadly last) title track together is yet another hit.

SISTAR released their goodbye song, “Lonely” on May 31 at 6 p.m. KST. Just hours later, the group marked an all-kill at 12:30 a.m. KST on June 1, notably beating out the likes of TWICE, IU, PSY, and Highlight, which have all been excelling on the charts.

Produced by Black Eyed Pilseung, “Lonely” is an acoustic R&B track that accentuates the members’ vocals as they sing about a breakup. While it is one between lovers in the song, the overall message can double as a farewell to their fans in light of their disbandment following this release.

SISTAR will not only be performing their new title track on the upcoming episode of Mnet’s “M!Countdown,” but they will also be showcasing a medley of their hit tracks throughout the years, including “Alone,” “Loving U,” “Give It To Me,” “Touch My Body,” and “Shake It.”