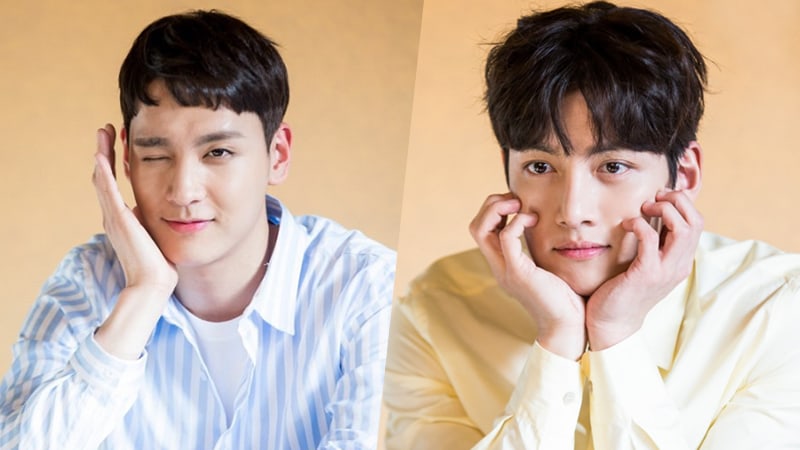 On May 31, the cast of “Suspicious Partner” participated in a press conference for the drama, through which they covered a variety of topics, including cast chemistry and Ji Chang Wook’s military enlistment.

In “Suspicious Partner,” viewers have watched Choi Tae Joon’s character, Ji Eun Hyuk, attempt to win over Ji Chang Wook’s character, No Ji Wook, time and time again. While the two had been friends ever since they were children, they became estranged after No Ji Wook’s then-girlfriend Cha Yoo Jung (Hello Venus’s Nara) cheated on him with Ji Eun Hyuk.

Ji Chang Wook said, “Tae Joon’s character keeps courting my character, who creates the possibility [for reconciliation] without actually acting on it and just keeps him around. I feel like if Ji Eun Hyuk isn’t there, my character would feel a little empty; however, No Ji Wook also doesn’t want to be too nice to him either.”

Choi Tae Joon said, “The best part about being on set is teasing Ji Chang Wook. I don’t think No Ji Wook will accept Ji Eun Hyuk’s good intentions any time soon so I think I’ll have to continue trying to win him over. That being said, it’s not tiring at all because when the cameras are off, Ji Chang Wook is always asking where I am because set feels empty to him when I’m not there. I’m very satisfied with [our bromance] in reality.”

Ji Chang Wook previously stated that “Suspicious Partner” would be his last project before his mandatory military enlistment, which he also confirmed at the press conference. Ji Chang Wook cheerfully asked everyone to congratulate him about his military enlistment and said, “I think it’s a great thing that I am able to enlist without any problems…I will put my all into my military service and think that I will be able to return as more of a man.”

Choi Tae Joon said to Ji Chang Wook, “I hope that you will be able to complete your military service well and return healthy. Just think that you’re just taking a well-deserved break for two years but don’t eat too much ramen. Don’t play too many computer games and read a lot of books.”

The actor also confessed, “I told Ji Chang Wook that I would visit him while was serving but he told me to not come,” which made everyone laugh.