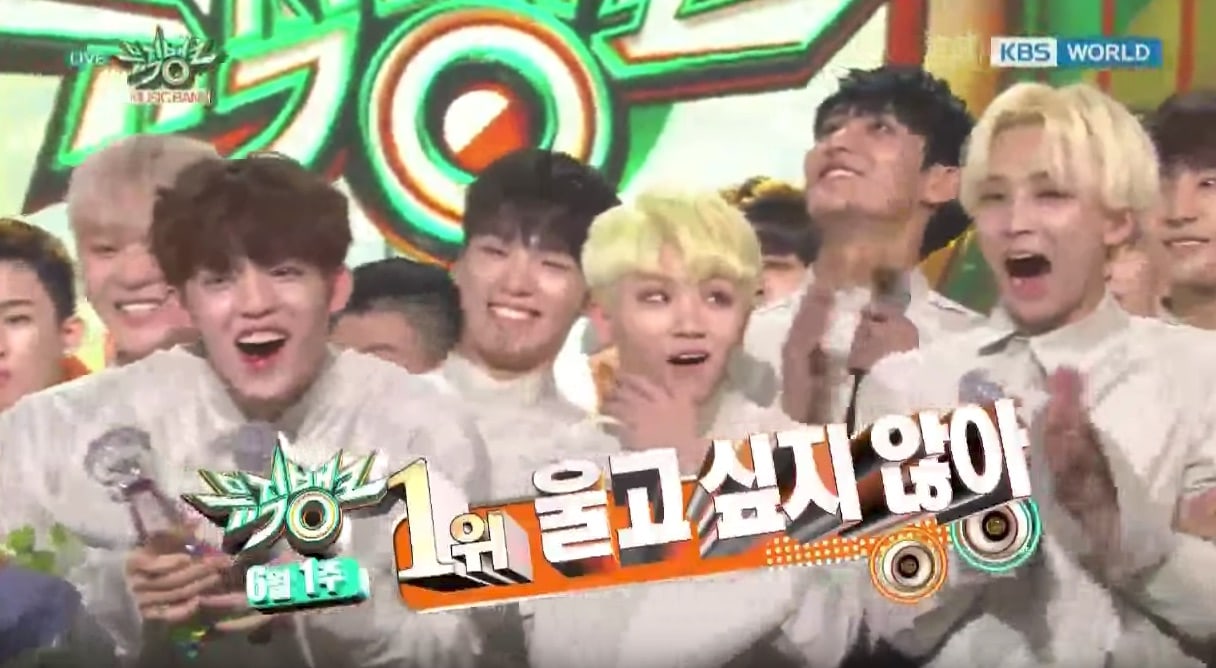 S.Coups thanked their fans, Carats, first. Then Seungkwan thanked the head of Pledis, Pledis staff members, “Music Bank” staff members, and industry juniors and seniors. The members then took off their shoes to fulfill their encore promise.

Congratulations to SEVENTEEN! Watch the win, encore, and performance below!

SISTAR – “Touch My Body, Loving U, Shake It” and “Lonely”