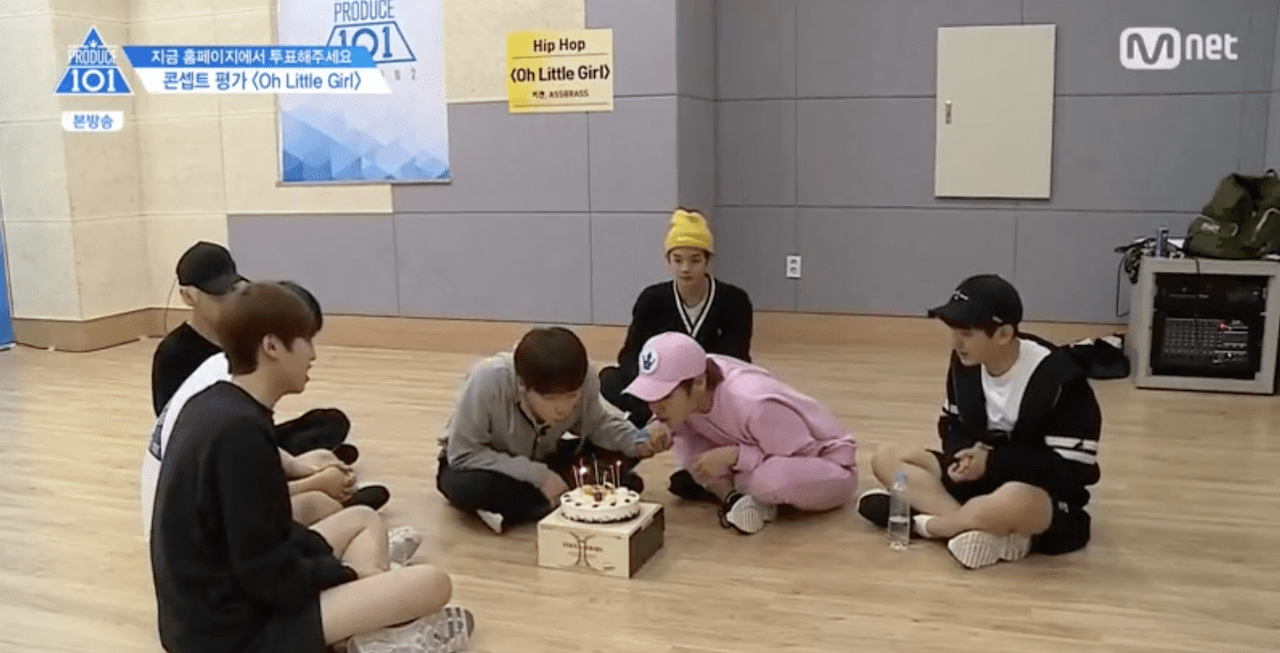 On the June 2 episode of “Produce 101 Season 2,” some of the trainees took the time out of their busy schedules preparing for their concept challenge to celebrate some of their teammates’ birthdays in an interesting way.

While the “Oh Little Girl” group was preparing for their performance, tension arose between teammates Choi Min Ki (center) and Lee Gun Hee (leader). Choi Min Ki frequently complained about being tired and Lee Gun Hee eventually called him out, asking him if he had any complaints and telling him that he didn’t approve of his behavior.

The atmosphere grew so tense that Park Ji Hoon and Jung Se Woon had to leave the room. When they returned, the group tried to hold a meeting to resolve the problem, but Choi Min Ki ended up leaving the training room, slamming the door behind him. Lee Gun Hee followed and Jung Se Woon began to worry that the two may have gotten into a fight.

Park Ji Hoon said that he had been suspicious from the start, saying, “Something was a little off,” but Jung Se Woon said, “I had absolutely no idea. Even when you brought the cake in, I thought the prank was just for Park Ji Hoon and I’d just been left out of the loop.”

You can check out the team concept performances and rankings, also revealed during this episode, here.