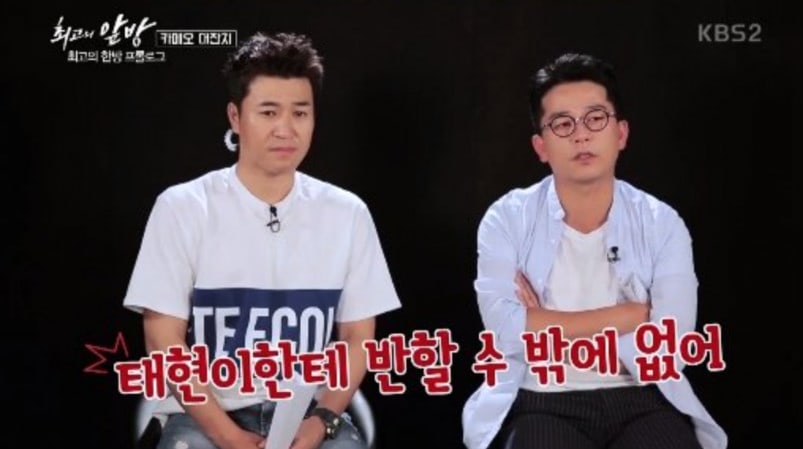 During the special episode, Cha Tae Hyun called his “1 Night 2 Days” cast members, Kim Jong Min and Kim Jun Ho, to come to the set. When the producers asked why they were so obedient to Cha Tae Hyun, Kim Jong Min replied, “It’s very strange.”

Kim Jun Ho explained, “There’s something strange between us. Cha Tae Hyun never asks us for favors. It’s usually the other way around, and Cha Tae Hyun always helps us out and cares for us. Every year during the holidays, his family even gives us home-cooked food. He is such a generous person, and giving is embedded into his personality and lifestyle. Cha Tae Hyun is an angel, and people who have worked with him can’t help but fall for him.”

Meanwhile, “Greatest One-Shot” follows the story of a top star, who is from the past, but somehow ends up in the present. PD Yoo Hyo Jin from “1 Night 2 Days” and Cha Tae Hyun are the producers for the drama.