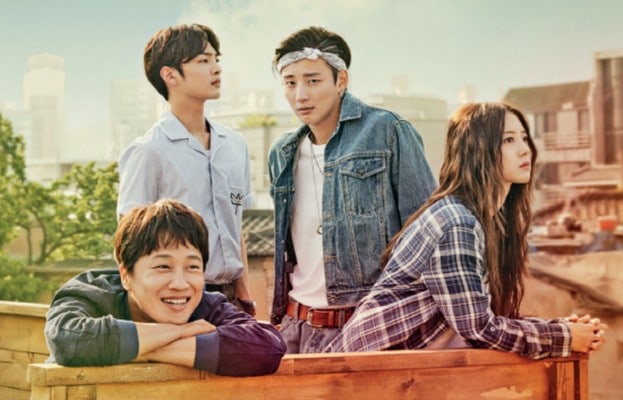 First Impressions: Is “Greatest One-Shot” Worth The Watch?

The wait is finally over. You no longer have to count down the days to see Yoon Shi Yoon, because he’s finally here. 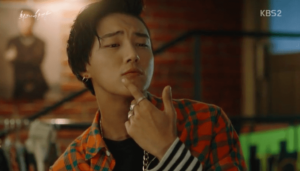 Or was it was the cutie Kim Min Jae you were hoping to see? 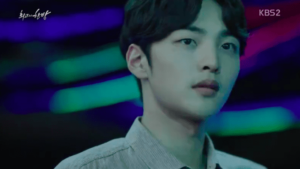 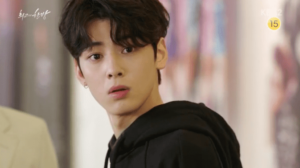 Or maybe you were just hoping to get a glimpse of Lee Kwang Soo’s and Jang Hyuk’s cameos. 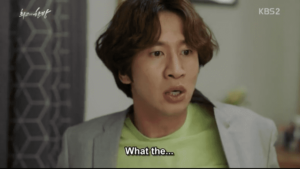 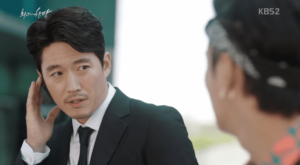 Whoever you were hoping to see, they all made an appearance within the first four episodes, and we had stupid smiles on our faces the entire time.

“Greatest One-Shot” (or “The Best Hit”) is the new KBS2 variety K-drama slotted every Friday and Saturday. Us ladies have been counting down the days until this drama came out for various reasons (several of which were mentioned above). Curious to see if it was worth the wait and hype? Keep reading to find out! 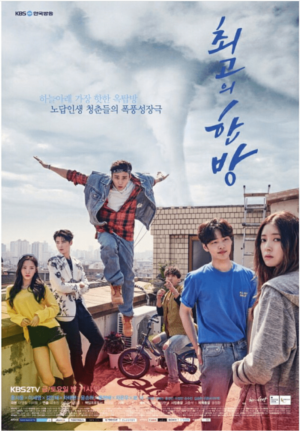 “Greatest One-Shot” starts off in the early ’90s, focusing in on a popular duo called “JAY2,” which is a K-pop group that Yoon Shi Yoon’s character, Yoo Hyun Jae, is a part of. The group is incredibly popular, but viewers then find out Hyun Jae vanishes at the peak of his career without a trace.

The story abruptly moves forward to modern day, and we’re introduced to an unusual family who are posing for a family photo. Although the relationship between the family members is not revealed right away, we learn that Lee Ji Hoon (Kim Min Jae) is the son of Hong Bo Hee (Yoon Son Ha), and Cha Tae Hyun’s character, Lee Kwang Jae, is Bo Hee’s manager; she was once a huge singer until she got pregnant with her son. It’s important to note that Kwang Jae is not Ji Hoon’s father, though he definitely acts like one.

Ji Hoon is secretly training to become an idol and is very close to debuting, but no one in his family knows this. He expresses that Kwang Jae, who is the manager of several singers, is against him becoming an idol and would rather him have a secure future with a secure job. Lee Se Young plays Choi Woo Seung, who is friends with Ji Hoon and is trying to pass the civil servant exam.

As viewers start to wonder how and when Yoon Shi Yoon’s character will appear, there is a scene change back to the ’90s to what looks like Yoon Hyun Jae’s home. He is receiving a lot of messages from his manager because of a huge scandal that has broken out. Hyun Jae leaves his house, and through some series of near-death events, he magically gets teleported to modern day, where he meets Ji Hoon, Woo Seung, and their friend, MC Drill (played by Dong Hyun Bae). These friends are brought together by unusual circumstances and together must find out why exactly Hyun Jae was brought to the present day and if he will ever be able to go back. 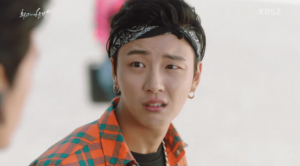 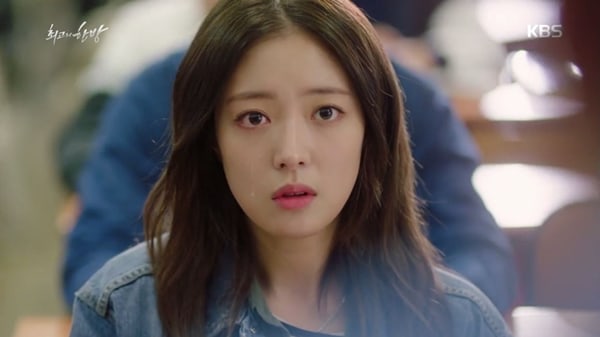 I found myself mostly intrigued by Lee Se Young, who plays Choi Woo Seung; I was actually pretty excited to hear that she was going to be taking on this role. Although she’s fairly young, she’s got so much experience acting in different dramas and is always taking on very challenging roles — she even won Best New Actress at the 2016 KBS Drama Awards!

Her character is quirky and relatable, which I’m always a fan of. Choi Woo Seung is trying her hardest to make ends meet and has an estranged mother who seems to go through relationships very quickly. She’s also got this disorder where she’s constantly tearing up, which makes people think that she’s crying. I’m not sure what this has to do with the story, but I’m chalking it up as being just an endearing part of her character.

I’m glad to see that Yoon Shi Yoon is taking on a more light-hearted and comedic character. I feel like the last similar role he played was as the charismatic and outgoing flower boy in “Flower Boy Next Door.” I love seeing him in these types of dramas! I couldn’t help but laugh and smile at his whole ’90s outfit and him trying to adjust to the modern day life, especially that washroom faucet part!

It felt so refreshing to see him in this role even though he’s been back for awhile. I feel like the Yoon Shi Yoon we all fell in love with before he went to the army has officially made a comeback.

All you Kim Min Jae fans will be feeling blessed in the first few episodes, as we’re able to see a lot of him and a lot of him dancing, which is pretty perfect.

I didn’t expect his role in this drama to be this big, but he’s basically the star of the first couple episodes, and I’m glad to see him in bigger roles! I have to say, Kim Min Jae was made for this character. Having been an idol trainee in the past, he knows exactly what the hardships and struggles are and I can see him acting his character out flawlessly. Not gonna lie, but I can’t wait to see some more of his dance moves!

There was nothing mind-blowing about this drama, and I really wasn’t expecting anything grand to come of it, but it’s definitely worth the watch if you’re a fan of any of the cast members. I especially appreciate the whole flashback to the ’90s, as well as how unique the script is. The time-traveling aspect of it definitely sets it apart from all the other rom-coms out there. Plus, it was hilarious seeing Yoon Shi Yoon in his tacky old-fashioned outfit and seeing his character react to all the modern gadgets and gizmos. He really is such a good actor!

All in all, I have a feeling this drama will move at a steady pace. It’s not too predictable, and it’s refreshing. You will undoubtedly be entertained by all the different characters and will probably keep watching to see what happens at the end. You should also tune in to see Yoon Shi Yoon’s dancing and idol performance debut!

Hey Soompiers, what do you think of “Greatest One-Shot” so far? Let me know in the comments below!