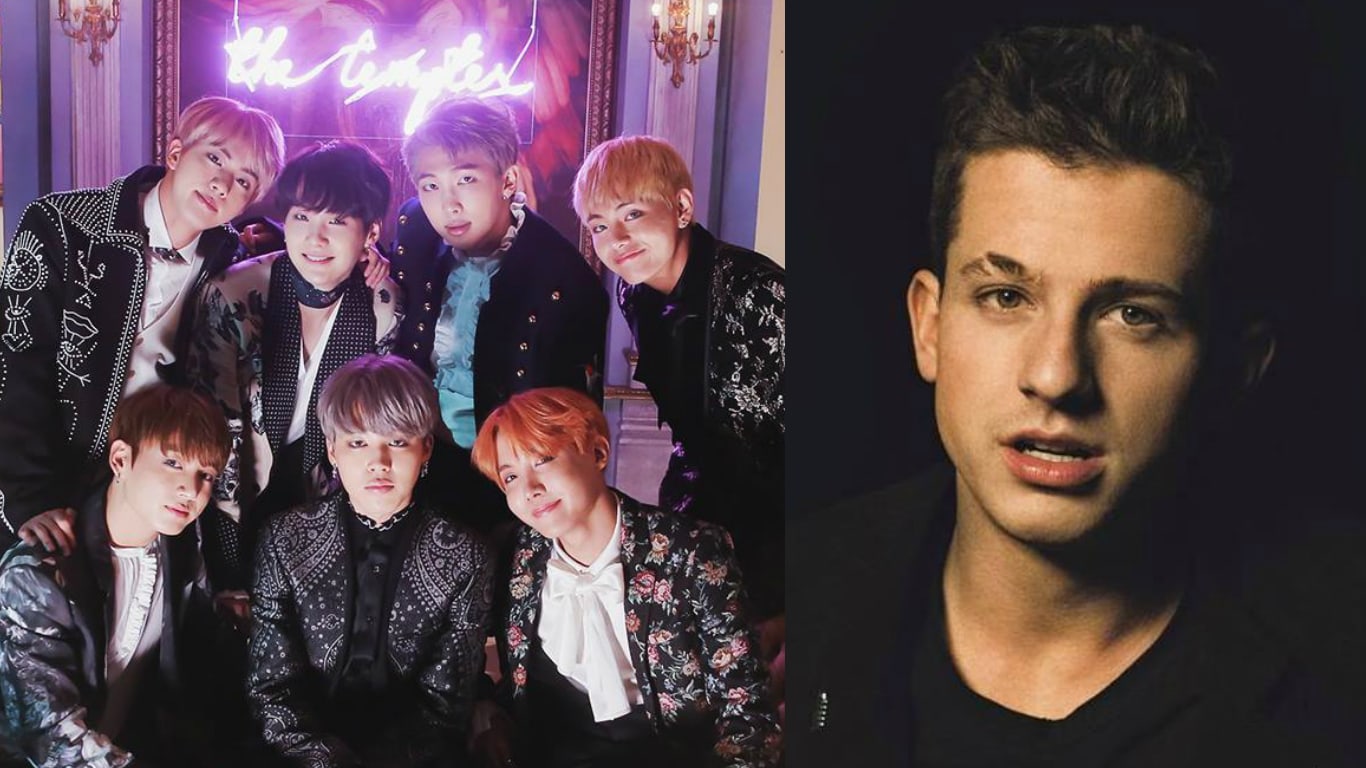 During a recent interview, American singer-songwriter Charlie Puth was asked to talk about why he became a fan of BTS’s music.

Charlie Puth and BTS first interacted via Twitter when Jungkook posted a preview of a cover of Charlie Puth’s “We Don’t Talk Anymore” back in January, and Charlie Puth “liked” the Tweet. When Jungkook released his full cover in February, Charlie Puth tweeted a link to it and wrote, “Love this Jungcook” (with the misspelling of Jungkook’s name becoming somewhat of a fandom meme).

The singer went on to tweet in March, “I really like BTS’s music,” and BTS tweeted a message of their own: “We really like Charlie Puth’s music.”

Recently, Charlie Puth was asked during a radio interview, “You’ve been very vocal on expressing your love for the K-pop group BTS. What makes you like them?”

“I like BTS, I like Jungkook too,” he replied. “I just like them, I think they’re a fantastic band. I want to meet them in person one day and apologize to Jungkook for mispronouncing his name.”

Earlier today, BTS released a new version of Jungkook’s cover of “We Don’t Talk Anymore,” which features Jimin singing the parts sung by Selena Gomez in the original. Take a listen here!