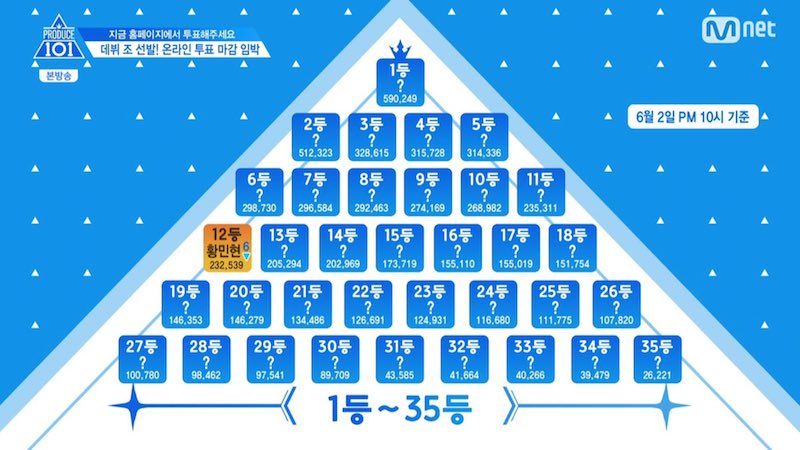 “Produce 101 Season 2” has responded to the controversy over the ranking reveal in the June 2 episode.

At the end of the episode, instead of unveiling the current online ranking of all 35 trainees, only Hwang Min Hyun was revealed to be no. 12. All other rankings were covered with question marks. As viewers were especially curious about the rankings due to the change of voting from 11 trainees per day to two per day, many were astounded by the situation, wondering if it was an accident.

A source from the program shared on June 3, “It was not a broadcast accident. The full results will be revealed next week. The reason we showed just no. 12 is because the final group will be 11 people.”

Viewers have responded negatively to this system, commenting that this may unfairly impact Hwang Min Hyun’s final results either positively or negatively.