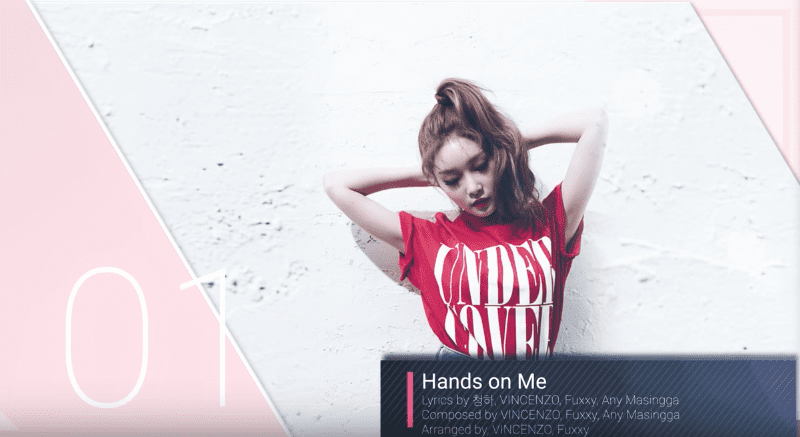 Kim Chungha has finally released a preview of all the songs that will be included in her debut album, “Hands on Me”!

Notably, the track of the same name has lyrics co-written by Kim Chungha herself, and fans will also recognize her pre-release track, “Week.”

The caption revealed that it is a “movie trailer parody that only has a trailer and doesn’t have an actual movie.”

The video starts with the question, “What do you personally think your image is?” to which she replies, “It might seem weird if I describe it like this, but like small and cute, delicate and not intense.” Her response is followed by clips to oppose her statement, showing off her naturally chic and cool aura behind-the-scenes of her upcoming music video. It ends with a reminder that her debut album “Hands on Me” will be released on June 7.